Why Is Belgium A Country? The crisis of the Belgian state, discussed in Geocurrents on January 9, is rooted in the county’s unusual political history. Most western and northern European countries grew out of kingdoms or federations whose people gradually coalesced (more or less) as nations, gaining unity through common identity. Belgium, by contrast, emerged from a different regime of sovereignty, one in which territories passed among rival multinational dynasties, through war or marriage, with no regard to local desires or ethnic boundaries. The Belgian identity that began to develop after independence in 1830 was always precarious, and is now being shattered through regional resurgence made possible by European integration. 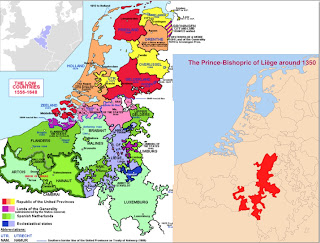 In Medieval Europe the area now known as Belgium—especially Flanders­— was the most urbanized and economically advanced area north of the Alps. As such, its was coveted by ambitious state-building lords in the late Middle Ages. In the 1300s and early 1400s, almost the entire Low Countries (modern Belgium, Netherlands, Luxembourg, and extreme northeastern France) fell to the Duchy of Burgundy, whose core lands straddled the boundary between the Kingdom of France and the so-called Holy Roman Empire. As the Burgundian dukes tried to link their various territories into a coherent and contiguous state, they faced the opposition of France, feudal suzerain over a large portion of their realm. (Sovereignty in pre-modern Europe was often vague, nested, and complexly divided.) Using Swiss mercenaries, France finally crushed Burgundy in 1477, killing its duke in the process. The duke’s daughter and heir, Mary, salvaged as much of her realm as possible by marrying the Hapsburg archduke Maximilian, heir-apparent of both the mostly fictitious Holy Roman Empire and the strengthening Austrian Empire. In the end, the Burgundian lands were divided between France and the Hapsburgs, with the Low Countries mostly going to Austria. 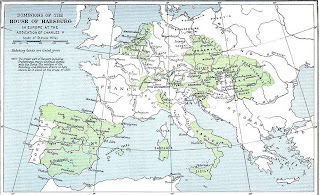 The vagaries of dynastic succession ensured that the settlement would not remain permanent. Philip, son of Mary and Maximilian, wed Joanna, sole surviving offspring of Ferdinand and Isabella of Spain. Philip died young, Joanna went spectacularly insane, and their combined realm passed to their nineteen-year-old son Charles, born and raised in the Flemish city of Ghent. Charles, deemed Charles V of the Holy Roman Empire and Carlos I of Spain, hoped to leverage his vast inheritance into a truly pan-European empire. He failed, due mainly to the Protestant Reformation, the opposition of France, and the Ottoman challenge. In 1556, Charles abdicated and partitioned the Hapsburg lands between the Spanish and Austrian branches of the family. The Low Countries, still the economic fulcrum of northern Europe, passed to Spain, or, more properly, to the Spanish Empire (it was a multi-national affair in which Castilians—not “Spaniards”—tended to dominate). As Protestantism spread though the northern Netherlands, Spain kicked back harshly, sparking widespread insurgency. By 1600 the north had gained independence as the federally organized Dutch Republic (or United Provinces), but the south remained largely Roman Catholic and under Spanish dominion. As well-off Protestants fled Flanders for the relatively free Dutch Republic, the economic center of gravity shifted north, especially to the Dutch heartland of Holland. 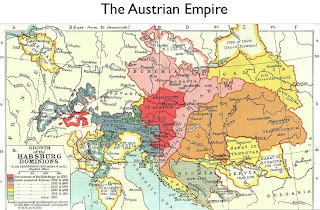 The gradually shifting territory of the Spanish Netherlands was never fully coincident with the modern country of Belgium. The erratically shaped ecclesiastical lands known as the Prince-Bishopric of Liège remained separate until dissolved by revolutionary France in 1795. The latter half of the Eighty Years’ War between Spain and the Dutch Republic (ending in 1648) saw the latter expand at the expense of the former, taking over Catholic North Brabant. France gained territory as well, annexing Artois in 1658. The Spanish Netherlands also included the modern country of Luxembourg.

Spanish power declined precipitously during the second half of the 1600s, leading to the global conflict known as the War of the Spanish Succession (1701-1714). In the concluding Treaty of Utrecht, Spain’s Low Country holdings passed back to the Hapsburgs in Vienna. Austria retained control of the area until all the historical Netherlands fell into French hands in 1795 during the wars that followed the Revolution. After Napoleon’s downfall in 1815, the victorious powers—Britain, Austria, Prussia, and Russia, essentially—redrew the map of Europe, reducing but not eliminating its “medieval” complexity. Austria no longer wanted the southern Netherlands; discontiguous areas inhabited by disaffected peoples were no longer seen as advantageous. After much debate, the dominant powers passed the territory to the Dutch, whose state had just been transformed into a monarchy. The resulting United Kingdom of the Netherlands, however, did not take. A solid sense of national identity had developed among the northerners, and the more-numerous residents of the newly annexed south felt excluded and exploited. Their Catholic faith alienated them from Holland, the Dutch core, as did the fact that many of them, and most of their elite, spoke French and identified with French culture. A rebellion fifteen years later brought independence to “Belgium,” its name coming from a Latin term for the region, itself derived from an ancient Celtic tribal group. The Dutch government made stab at reconquering its rebellious new lands, but quickly withdrew when France offered to support Belgium. It did, however, manage to retain the coal-rich eastern half of Limburg, giving the Netherlands its southern extension to Maastricht. 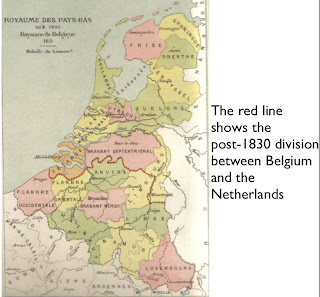 Belgium had an economically difficult birth. Particular hardships were felt in the cotton-weaving city of Ghent and the port of Antwerp, both in the Flemish-speaking north. But by mid-century, railroad development and the exploitation of large coal deposits underwrote continental Europe’s first industrial transformation, generating tremendous wealth. The location of the industrial zone in the French-speaking (Walloon) area enhanced the domination of the Francophone elite, further marginalizing the Flemings. In the late 1800s, the Belgian monarchy attempted to enrich itself and establish national grandeur by carving out a vast central African empire; while fortunes were indeed made, the endeavor began as a hand-chopping horror under the personal rule of Leopold II and moderated into a merely brutal episode of imperialism under direct Belgian rule after 1908. As the atrocities in the Congo came to public attention, the reputation of the monarchy was not enhanced.

Twentieth-century developments did little to inculcate Belgian unity. During the Second World War, more than a few Flemings collaborated with the Germans, souring the national mood. In the post-war era, the industrial zone in the south slipped into rust-belt decrepitude, while the formerly somnolent north surged ahead. By the late 20th century, it was often said that the only things holding Belgium together were football (soccer), the monarchy, and beer—Belgium being the world’s unchallenged brewing center. But as a Der Spiegelinterviewer recently noted, “the Flemish and the Walloons each have their own beer, while the country’s football is second-class and not worthy of collective identification. That leaves the king.” Flemish separatist Bart De Wever responded by asserting that, “the king doesn’t think the way we do. It’s an advantage for the Walloons, because they are allied with him. We favor a republic.”