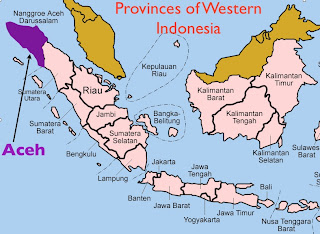 Despite the attention that sensational natural disasters receive in the media, their long-term significance sometimes seems questionable. But when nature’s calamities do change societies, the consequences can be profound. The All Soul’s Day Lisbon Earthquake of 1755, for example, purportedly led many European thinkers to question whether natural calamities reflect the will of God, boosting Enlightenment skepticism and launching the science of seismology. The 2005 Kashmir earthquake, by contrast, is often said to have bolstered religious fundamentalism, with local Muslim clerics convincing many believers that their lack of piety had provoked God.

The 2004 Indian Ocean earthquake and tsunami may not have had similar ideological effects, but its political repercussions were significant; the disaster brought peace to the troubled region of Aceh in northern Sumatra, ending a three-decade old civil war. With more than 100,000 lives lost, the devastation was so severe and the needs for reconstruction so profound that the Free Aceh Movement (GAM) agreed to lay down its arms, just as the Indonesian government agreed to grant Aceh self-rule. Thus the “Special Territory” of Aceh came into being as an autonomous area within Indonesia, subject to its own laws. Election in the region soon brought former GAM rebel leaders to power.

The majority population of the region, the Acehnese, speak their own language and follow many of their own traditions. They are also reputed to be the most devout Muslims of Indonesia, adhering to a strongly orthodox version of the faith. Islam first entered Southeast Asia through Northern Sumatra, and the Acehnese have long maintained close religious and cultural connections with the Arabian Peninsula, particularly with the Hadhramaut region of Yemen. On gaining autonomy, Aceh instituted shariah (Islamic law), enforcing harsh penalties against drinking and the mingling of unrelated men and women. As in Saudi Arabia, “vice and virtue patrols” now have broad power to punish those who flout strict Islamic norms.

The granting of autonomy to Aceh raised concerns in other parts of the world. Some observers feared that with religiously inspired ex-militants coming to power, Aceh would become a haven for Islamist radicals. Dedicated Muslim militants, according to this line of thinking, would never be content with mere regional autonomy, as their ultimate goal is to create a unified caliphate that would bring all Islamic areas in Southeast Asia, and ultimately the world, under one government. Other experts countered that the rebellion in northern Sumatra was inspired more by Acehnese nationalism than by religious fanaticism, and that Aceh would probably not become a terrorist sanctuary.

Recent events in Aceh could be used as evidence by either school of thought. In March 2010, Indonesian authorities discovered and dismantled a major militant training camp in the region. The camp was reportedly used to train fighters for operations not only elsewhere in Indonesia, but also in the Gaza Strip. A number of anti-terrorism raids were subsequently conducted elsewhere in Aceh. Yet none of the people thus far killed or apprehended have any demonstrable connection with GAM, the former revolutionary movement that now helps run the government of Aceh. One former leader of the group has gone so far as to proclaim that “GAM, in fact, works with the military and police to hunt terrorists.” To the extent that this statement is correct, one must conclude that the Islamist militants of Indonesia have serious erred, misinterpreting what was actually a religiously inspired nationalist movement as a front for global jihad.