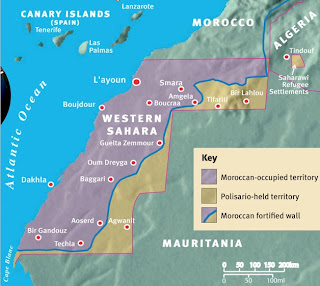 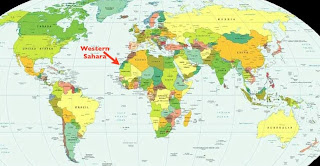 On March 16, 2010, fifty-four U.S. senators sent a letter to Secretary of State Clinton urging the Obama administration to seek a resolution to the conflict in Western Sahara. They argued that the United States should accept Morocco’s annexation of the territory, provided that Morocco allows Western Sahara the autonomy that it promised in 2007. The letter, signed by 24 Republicans and 30 Democrats, represents one of the Senate’s few truly bipartisan maneuvers of recent years. In regard to regionally and ethnically based rebellions, both parties have generally favored negotiated autonomy and remained wary of independence. Deputy Assistant Secretary of State Michael Ussery lauds the letter as “an extraordinary event involving an important national security concern,” arguing that the senators hope to “resolve the conflict through the United Nations, bringing together the parties to achieve a compromise political settlement.” Not all experts agree on such a course. Stephen Zunes, chair of Middle Eastern Studies at the University of San Francisco, describes the letter as “another assault on fundamental principles of international law.” If the United Nations agrees to the plan, he warns, it would set a dangerous precedent, endorsing for the first time “the expansion of a country’s territory by military force.”

The Western Sahara, a sizable but sparsely populated desert territory, was a Spanish colony until 1975. When Spain withdrew from its colonial holdings after the death of Francisco Franco, Morocco and Mauritania invaded the phosphate-rich region. Mauritania subsequently withdrew, but Morocco stayed, formally annexing the area. The indigenous inhabitants, the Sahrawi, resisted Moroccan rule, and soon formed an insurgent force called the Polisario Front that proclaimed its own state, the Sahrawi Arab Democratic Republic. Algeria has long allowed the Polisario Front to operate out of the Tindouf refugee camp in its western desert, near the Western Saharan border. Morocco battled the Polisario Front for years, eventually building a line of heavy fortifications along a sand berm to keep insurgents out of the core parts of the territory (see map). In 1991 the two parties signed a ceasefire, and the conflict has essentially been frozen ever since. The result on the ground is yet another case of divided sovereignty: Morocco controls the bulk of the Western Sahara, while the rebels have the virtually unpopulated eastern strip, as well as power over the Tindouf refugee camp in Algeria.

While the U.S. government has remained neutral on the Western Sahara issue, the same cannot be said for the American cartographic community. World political maps produced in the United States almost always portray the Western Sahara as if it were an independent country rather than an occupied territory — much less as merely the southern part of Morocco. Such maps portray political geography not as it actually is, but as it would be if global legal norms were strictly followed. The standard political map of the world, in other words, is a normative document masquerading as a descriptive one.

Mapping Western Sahara as if it were an independent country can cause problems, including embarrassment and even lost profits. In 2008, McDonald’s included standard world maps in some of its happy meals distributed in Morocco. After the Moroccan government protested, McDonald’s Moroccan branch quickly recalled its meal packages, and issued the following statement: “The toys included a small map on which the borders were incorrectly drawn. We profoundly regret making this mistake and we apologize to our loyal customers and our fellow citizens.”