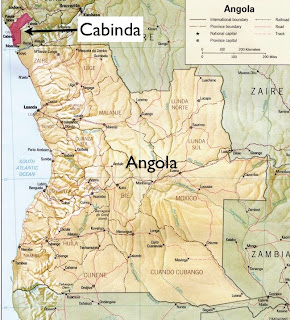 On January 8, 2010, a bus carrying Togo’s national soccer team to the Africa Cup of Nations tournament in Angola was attacked as it traveled through Cabinda, an Angolan exclave separated from the rest of the country by territory belonging to the Democratic Republic of Congo (DRC). After killing the driver, gunmen continued firing at the bus for 30 minutes while the players sought safety under the seats. The team’s assistant coach and its media officer were killed, and nine others were injured.

Responsibility for the act was claimed by an offshoot of the separatist group known as FLEC (the Front for the Liberation of the Enclave of Cabinda, or, in Portuguese,Frente para a Libertação do Enclave de Cabinda). FLEC spokesmen claimed that their fighters had intended to kill not the Togolese players but the Angolan security officers who were accompanying their convoy. Another insurgent group, the Armed Forces of Cabinda, also claimed responsibility. 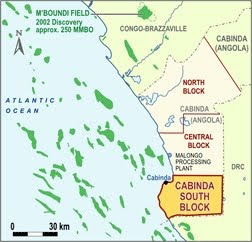 Cabinda boasts massive oil deposits, especially in its near-shore waters (see map). It is believed to be inhabited by 357,000 people, although an estimated one third of the population has fled to other countries; some 20,000 languish in refugee camps in the DRC. Cabindan activists have long claimed that their region is victimized by the authoritarian Angolan state. The secession movement actually dates to the 1960s, well before Angola gained its independence from Portugal. According to Human Rights Watch, the Angolan Army has committed numerous crimes against the people of Cabinda in recent years. As Angola depends heavily on Cabinda’s oil, it has pushed hard to retain control. Until recently, it publicly claimed that FLEC had ceased to be a problem.

The recent massacre in Cabinda brought on several international controversies. Angolan authorities expressed outrage at France, which has reportedly given sanctuary to Cabindan rebels; officials associated with the self-proclaimed Republic of Cabinda are currently based in Paris. In South Africa, anger was directed at the international media for portraying the attack as a typically African incident, implying that all of Africa is insecure – and raising doubts about South Africa’s ability to pull off the 2010 football (soccer) World Cup (http://www.businessdailyafrica.com/Opinion%20&%20Analysis/-/539548/841482/-/svqyk8z/-/). My own criticism of the media is quite different; most American outlets ignored the incident altogether, implying that terrorist attacks in Africa are only significant if they somehow threaten the United States.