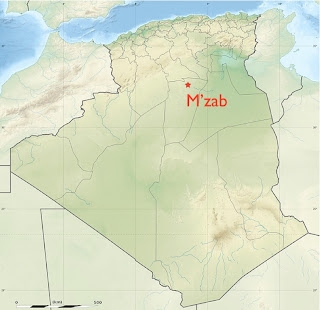 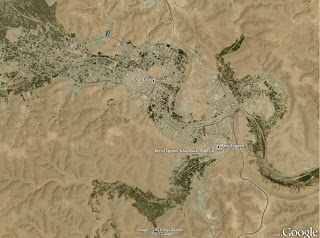 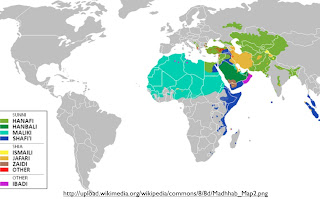 A March 3 Forbes article advises readers not to “fret lost Libyan oil” but to “worry plenty about Algeria.” For a quarter of a century, Algeria has been the least stable country in North Africa; a civil war from 1991 to 2002, pitting the government against radical Islamists, took 150,000 lives. Tensions still run high and repression remains harsh. Demonstrations and riots focused on the rising cost of living broke out in early January 2011 and have continued to flare. The government has responded by cutting the price of key staples, promising almost $300 billion in development funds, and lifting the emergency decree that had been enforced for almost two decades. It remains to be seen whether such measures will pacify the populace, but reportssuggest that the government, and especially the military, is widely held in contempt.

Many observers were dumbfounded that some of the earliest and strongest Algerian anti-government demonstrations broke out in the M’zab Valley, an isolated Saharan oasis whose 360,000 Berber-speaking inhabitants were reputed to be quiescent and stand-offish. As reported in the French website AgoraVox: “Et voilà que ce sont ces Mozabites qui, de tous les Algériens, sont les premiers à manifester contre le régime. Ah! Ces idées reçues…”(“And here it is that the people of M’zab, of all Algerians, were the first to demonstrate against the regime. Oh, those received ideas…”).

The surprise expressed at the M’zab demonstrations stems from the community’s distinct form of Islam: Ibadism. Our “received ideas” may tell us that Islam comes in two major branches, Sunni and Shia, but it actually comes in three. The roots of the Ibadi sect predate the division between Sunnis and Shi’ites; when Ali, the fourth caliph, agreed to arbitrate with the kinsmen of the recently assassinated third Caliph, ‘Uthman, many of Ali’s supporters broke away, declaring that since the sinner ‘Uthman deserved death, arbitration was ungodly. These so-called Kharijites adopted an uncompromising, egalitarian, and puritanical form of Islam. The radical members of the sect refused to have anything to do with other Muslims. For roughly two centuries they struggled against the established Islamic powers, whom they regarded as unholy usurpers. Eventually they were forced out of core Muslim lands, and found refuge in a few scattered locales. Over time their fierce militancy mellowed as the more accommodating Ibadi branch of the Kharijite movement gained primacy. But most Ibadis remain suspicious of Sunnis and Shi’ites, uncomfortable with their supposedly lax attitudes toward sin. According to the Wikipedia, the Ibadis’ current stance emphasizes “barā’ah, [or] dissociation (but not hostility) towards unbelievers and sinners, and those destined for Hell.”

In the late 700s, the Rustamid Dynasty established an Ibadi regime in North Africa, but it was vanquished by the Shi’ite Fatimids in 909 CE. The core Ibadi community subsequently retreated to the desert, eventually gaining refuge in the highly defensible if marginally habitable M’zab Valley. By digging deep wells, constructing underground irrigation tunnels, and building dams across the wash to catch the occasional run-off, they were able to establish a largely self-sufficient community. Over the next few centuries they founded five small cities in the oasis, each composed of tightly packed houses built in concentric rings around a fortress-like mosque. Outsiders were kept at arm’s length; to this day non-Ibadis are not allowed inside their mosques, and their sacred town, Beni Isguene, does not allow strangers within its confines at night. The Mozabites do trade with outsiders, and many of their men have long traveled widely outside of the valley. Still, M’zab has remained very much a land apart.

French power came to M’zab in the 1880s, forcing more extensive interactions with the wider world. In the early 20th century French intellectuals became intrigued by the buildings and social customs of the Mozabites. Modernist architects in particular were impressed with their egalitarian and cube-like residential structures. As Alex Gerber relates:

According to Le Corbusier, the Mozabites, those Puritans of the desert, were the “Islamic Huguenots”; their intelligence, their diligence, their frugal way of life within a political system based on social justice due to stringent religious roles made it possible.

Le Corbusier designated the “Holy City” of M’Zab, Beni-Isguen, as “Ville Radieuse”, the “Sparkling City.” All his life, this name signified the city which he had dreamt of building.

More recently the valley has been declared a UNESCO World Heritage site, and has developed a tourist trade, which the Algerian government wants to enhance. M’zab is thus less isolated than ever, although its religious and social customs remain highly distinctive. Understanding the community’s long-standing ties to the broader world makes it less surprising that M’zab saw political demonstrations in early 2011.

M’zab is by no means the only surviving area of Ibadi Islam. Ibadi congregations are also found in the Berber-speaking communities of the Nafusa Mountains in northwestern Libya and on the Tunisian island of Djerba, also a Berber-speaking locale. Zanzibar forms another center of the faith. By far the largest concentration of Ibadis, however, is found in Oman in the southeastern Arabian Peninsula, where they comprise three-quarters of the population. As a largely Ibadi country, Oman has charted an historical course distinctive from those of its neighbors – but that must be the subject of a future post.