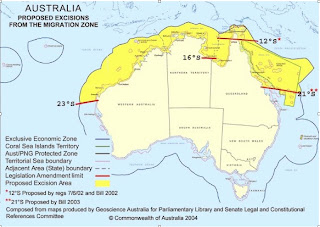 The standard model of global geography depicts all international borders as equivalent, simple lines on a map that indicate precisely where the sovereignty of one state ends and that of another begins. In actuality, land borders vary tremendously in their significance and permeability, ranging from the heavily militarized “demilitarized zone” of Korea to the almost residual divisions within Europe’s Schengen Area of open movement. Maritime borders are still more complex. According to international law, state sovereignty extends only twelve nautical miles from the low tidal line, a baseline that is not easily established on jagged coasts. In a more limited sense, however, territorial waters would seem to encompass the full 200 nautical miles of every maritime state’s exclusive economic zone, with some countries claiming continental shelves that extend even further into the open sea. Since neighboring countries’ 200-mile zones frequently intersect and overlap, enormous complications attend border-demarcation for all countries that front the sea.

In the case of Australia, recent governmental actions have generated a particularly ambiguous situation. Starting in September 2001, Australia “excised” a large number of islands from its official “migration zone.” As a result of this legislation, Australia’s northern islands have become a realm apart, still part of the country but not subject to its laws as far as migration and residency are concerned. Specifically, a person arriving at one of the excised islands has no right to apply for an Australian visa, and can be summarily expelled to another jurisdiction or even another country—a policy much criticized by refugee advocates. It has also been questioned for possibly compromising Australian sovereignty over this insular realm.

The Australian policy of excision stems from its desire to prevent undocumented immigrants from reaching its shores. If boats carrying refugees or illegal migrants reach one of the excised islands, their passengers are generally shipped to detention centers. One of the largest islands in the excision zone, Christmas Island, now harbors a growing detention facility of its own. On March 6, 2010, the Sydney Morning Herald outlined a report claiming that “the detainee population at Christmas Island is expected to reach 5000 within the next four years, sparking fears that Christmas Island may soon resemble a penal colony.”

Christmas Island is an interesting place in its own right, as we shall see tomorrow in the final post on Australian islands.