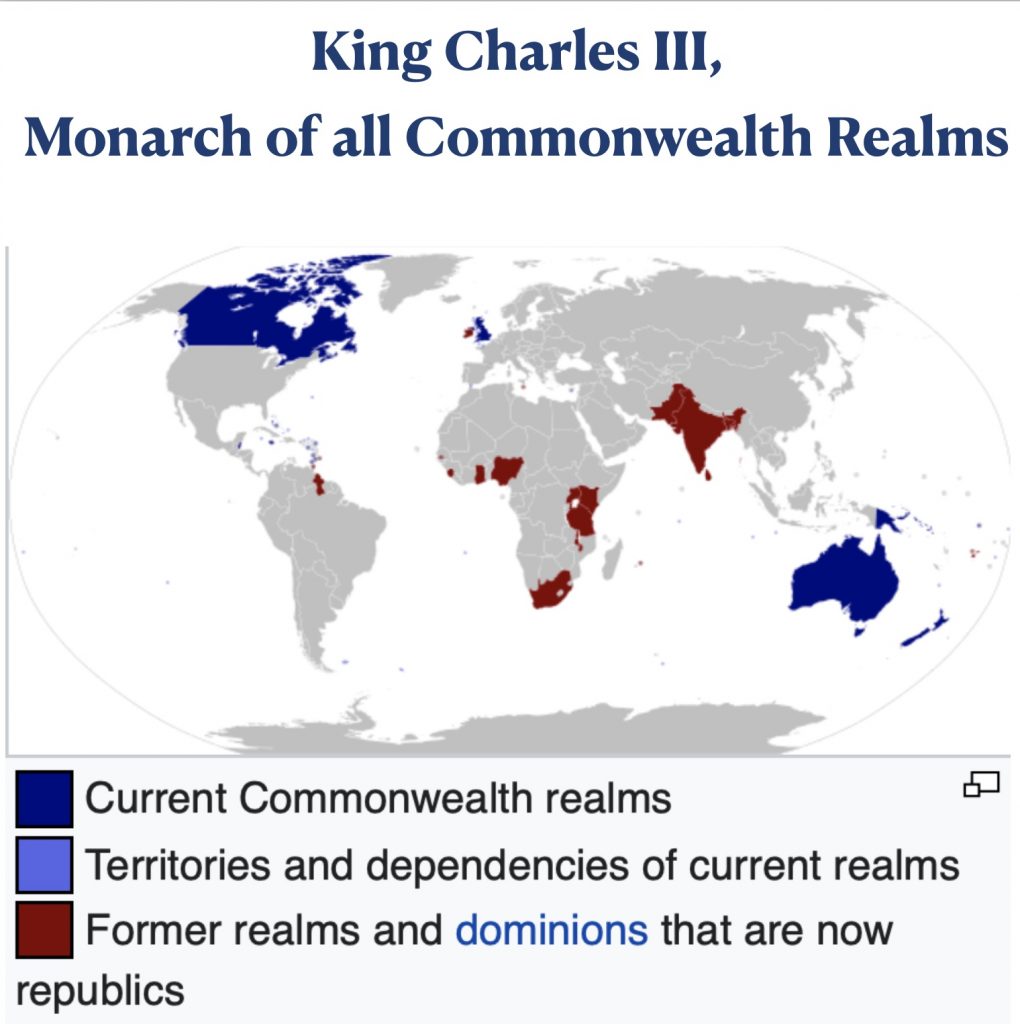 Unlike the Commonwealth of Nations, Commonwealth Realms are not constituted as an organization. Each of 15 countries in this category have independent relations with the “the Crown.” Charles III is thus officially the King of Canada independently of his role as king of the United Kingdom. As the Canadian government’s website notes:

Canada is a constitutional monarchy whereby the Sovereign is Canada’s Head of State. King Charles III automatically became Sovereign of Canada on the passing of Queen Elizabeth II.

But Canada is, of course, a sovereign state, and Charles enjoys no actual sovereignty over it. His role is strictly ceremonial, as it is in the other Commonwealth Realms. To a significant extent, it is only theoretically ceremonial, as even that role is largely carried out by his Canadian representative, the Governor General of Canada (an office currently held by Mary Simon). 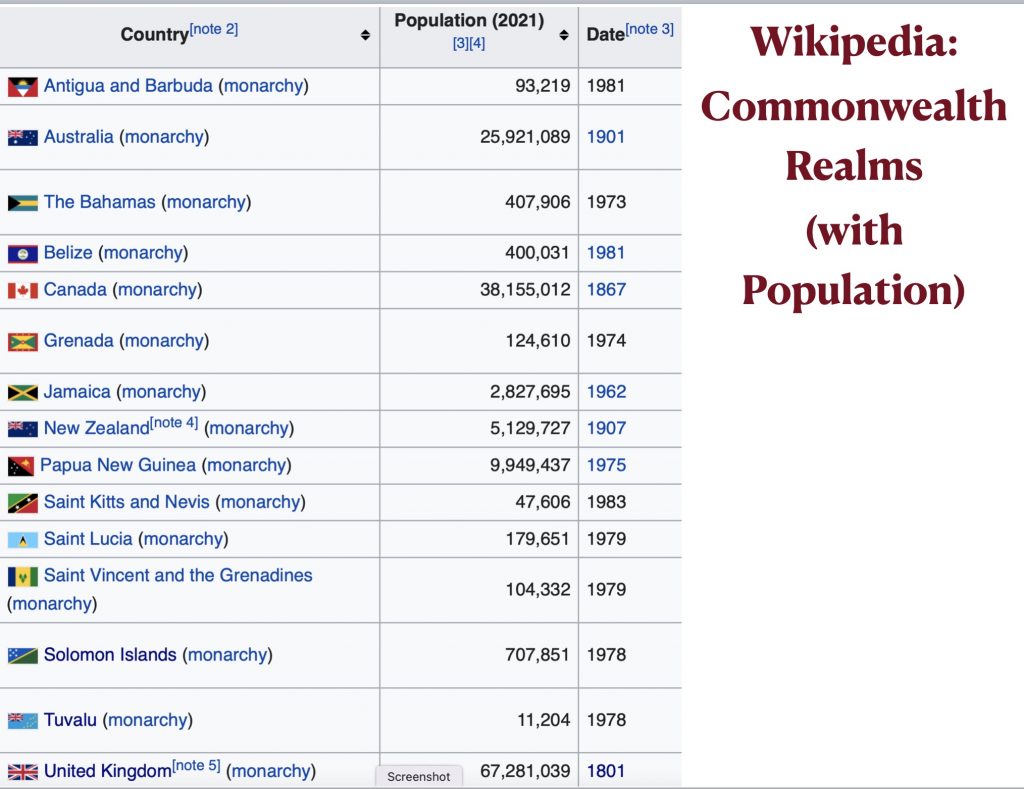 Most Commonwealth Realms are small Caribbean countries, although Australia, New Zealand, and Papua New Guinea, as well as Canada, also fit in the category. In the Caribbean, anger over the destructive legacy of slavery is increasing, resulting in demands for a royal apology that have not been forthcoming. As Prince of Wales, however, Charles did offer some apologetic remarks. Still, protests have dogged vising members of the royal family in recent months. In 2021, Barbados dropped the monarchy and became a republic. Belize, Jamaica, and several other Caribbean countries are now moving in the same direction.

In the United Kingdom itself, Charles was far less popular than his mother when she was alive. According to YouGov polling conducted earlier this year, Elizabeth was “liked” by 75 percent of the population and Charles by only 42 percent. But as soon as he became king, Charles’s popularity surged. Some observers, however, see this as a “honeymoon bounce,” expecting that this approval will soon decline. 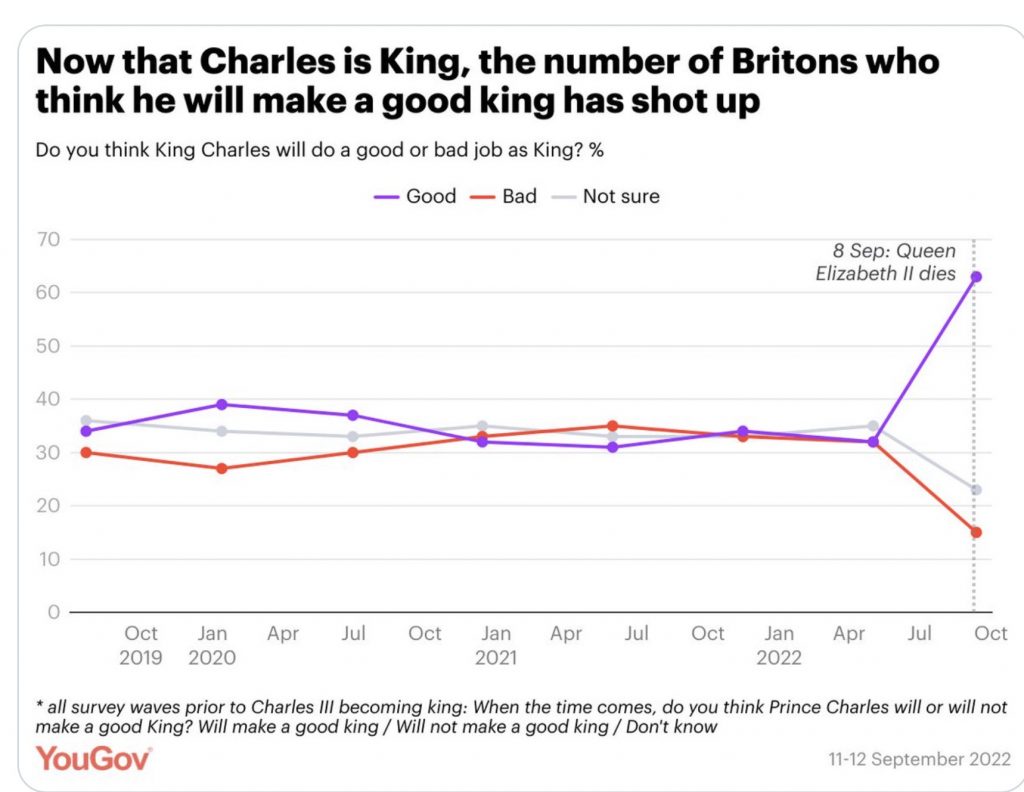 In the larger Commonwealth Realms, opinions on the monarchy are split between those who support it, those who want to see it abolished, and those who don’t know or don’t care. No position has majority standing. Considering such uncertainly among their electorates, Canada, Australia, and New Zealand will probably remain Commonwealth Realms for some time, with the British monarch serving as their official Head of State.