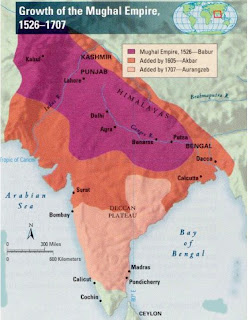 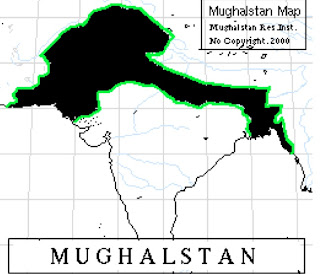 Much of the Ayodhya dispute turns on issues of historical memory andinterpretation. Of particular importance is the Mughal dynasty, which gained power in northern India in the early 1500s and subsequently spread over most of the subcontinent before contracting sharply in the 1700s. Different parties see the Mughal legacy in strikingly different terms, as is evident even in Wikipedia articles on the topic. According to one Wiki article, the first Mughal emperor, Babur, ordered the Babri mosque to be constructed on the acknowledged place of Rama’s birth after one of his generals seized the Hindu temple occupying the site. Not surprisingly, the neutrality of this article has been disputed. According to another Wikipedia entry, archeological excavations show no evidence of a Hindu religious structure existing on the Ayodhya site before the Babri mosque was built.

To ardent Hindu nationalists, the Babri Mosque is an icon of the past victory of a foreign power motivated by a militant religion. The Muslim conquerors, they maintain, selected the site of Rama’s birth for a major mosque precisely to signal Islamic supremacy. The Mughal regime, they argue, destroyed many Hindu temples and sought to arrogate sacred Hindu places for its own religious purposes. Only by cleansing the land of such symbols of conquest and restoring Hindu religious structures can India redeem its birthright.

Those opposed to Hindu nationalism offer different interpretations. The Mughals, they point out, were not the first Muslim conquerors of the region; by the time Babur arrived, northern India had been firmly under Muslim rule for several centuries. More importantly, the Mughals, like earlier Islamic dynasties, quickly reached a mutually acceptable accommodation with their Hindu subjects. Not only were Hindu religious institutions generally respected, but many Hindu elites rose to high positions in the regime. The most powerful Mughal emperor, Akbar the Great (reigning from 1556 to 1605), went so far as to try to meld Islam and Hinduism into a new religion, with a few elements of Jainism, Zoroastrianism, and Christianity thrown in for good measure. Considering the attitudes of the mighty Akbar, it is hardly surprising that Indian Muslims and Hindus once worshipped together at the Ayodhya site.

Hindu nationalists stress different aspects of the Mughal heritage. They note that Akbar was denounced as a heretic by key Muslim clerics, and they emphasize the actions and policies of his great-grandson Aurangzeb, who instituted Islamic orthodoxy and harassed Hindus and other non-Muslims (the extent of his religious persecution, however, is hotly debated). Aurangzeb also sought to bring all of South Asia under Mughal rule, his armies pushing far into the south of India. By overextending the state’s resources, Aurangzeb’s military exploits gravely weakened the regime; after his death, the Mughal Empire quickly contracted until it encompassed little more than Delhi and environs.

Some Hindu nationalists fear that the Mughal dream of maintaining Islamic power across South Asia never perished. A handful of websites allege that Muslim militants, working with elements of both the Pakistani and Bangladeshi political establishments, seek to seize a swath of northern India, which they would join to both Pakistan and Bangladesh to form the new country of Mughalstan (or Mughalistan). As one website propounds: “The comprehensive plan for a second partition of India was first developed by the Mughalstan Research Institute (MRI) of Jahangir Nagar University (Bangladesh) under the patronage of the two intelligence agencies, Pakistan’s Inter Services Intelligence (ISI) and Bangladesh’s Director General of Forces Intelligence, DGFI.” The website further alleges that Pakistan’s powerful intelligence agency, the ISI, sits at the heart of the conspiracy: “The Pakistani Punjabi-dominated ISI’s influence on MRI is evident even in the Punjabi-centric pronunciation of the word ‘Mughalstan’ (without the “i”), instead of the typical Urdu pronunciation (Mughalistan).”

To many observers, the entire Mughalstan scenario reeks of paranoia. The idea of rejoining Pakistan and Bangladesh is outlandish enough, but to do so by grabbing a swath of nuclear-armed India would seem sheer lunacy – especially considering that the proposed annexation encompasses India’s most crowded and impoverished districts, almost all of which have solid Hindu majorities. But fears of a resurgent Mughalistan persist; the map posted above appears on numerous websites.

Unfortunately, such concerns are given credence by the stated aims of the potent terrorist organization Lashkar-e-Taiba, which, according to the Wikipedia, include “establishing an Islamic state in South Asia by uniting all Muslim-majority regions in countries that surround Pakistan to raise jihad against all non-Muslim communities.” The fact that Lashkar-e-Taiba is viewed favorably by roughly a third of Pakistani Punjab’s 81 million people, and has in the past if not the present enjoyed close linkages with Pakistani military intelligence, is certainly cause for alarm. Lashkar-e-Taiba’s hopes for a Muslim state incorporating all of India is more ludicrous than the Mughalstan proposal, but the organization is capable on inflicting horrific violence to further its aims; its 2008 attack on Mumbai took 166 civilian lives.