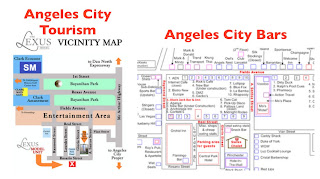 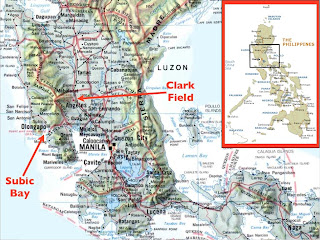 Through most of the Cold War, the largest U.S. foreign military bases were not located in Europe, Japan, or South Korea, but rather in central Luzon in the Philippines. Second largest was the massive facility at Subic Bay, home of the Seventh Fleet; larger still was Clark Airbase, covering 243 square miles (if one includes the military reservation attached to the airbase proper). In the towns catering to the bases, prostitution thrived, as in Pattaya Thailand. Olongapo city, adjacent to Subic Bay, and Angeles City, serving Clark Field, were well known among U.S. servicemen for commercial sex.

The United States military pulled out of the Philippines in 1991, turning over the two bases to the Philippine government. Rising nationalism in the Philippines compromised the U.S. presence, and the eruption of Mount Pinatubo in the same year devastated both sites. Ash-fall at Clark was so heavy that massive aircraft hangars simply collapsed. When the Philippine senate refused to renew the leases for the two military bases, the game was over.

The evacuation of Clark and Subic presented the Philippines with major opportunities, as the American infrastructural investments had been massive. Both sites were soon designated as special economic zones, designed for international corporate ventures. Close to Metro Manila, the Philippines’ congested core city, and favored with superb transportation facilities and plenty of room, Angeles City (Clark Field) and Olongapo (Subic Bay) were to be Philippine incubators of globalized capitalism.

Olongapo and Angeles have had different fates under Philippine control. The Subic Bay area has forged ahead, keeping commercial sex in check. Angeles City, on the other hand, has turned into a smaller version of Pattaya, profiting heavily from prostitution.

Sex is by no means the only successful business in Angeles. By 2007, the Clark Freeport Zone, as the special economic zone was eventually dubbed, was the site of nearly 400 licit commercial ventures, employing some 47,000 Filipinos. Call-centers are well represented; the Philippines is increasingly competing with India for this business, capitalizing on the greater familiarity of its people with American culture and idioms.

The Wikipedia dubs Angeles City the “Entertainment Capital of Central Luzon,” but does little to specify what kind of amusements the city offers. An internet image search gives the answer immediately. Dozens of go-go bars, which double as prostitution outlets, line Fields Avenue, the main drag. Commercial sex in Angeles surged in the 1990s, after Alfredo Lim, the reforming mayor of Manila, closed down the city’s infamous Ermita red light district. Although another Wikipedia article begins with the assertion that, “Prostitution in the Philippines is … a serious crime with penalties ranging up to life imprisonment for those involved in trafficking,” sex is sold openly and ubiquitously in Angeles City and several other Philippine locales. According to the invaluable Havocscope, the Philippines has some 800,000 sex-workers, up to half of whom are under-aged.

American retirees have been flocking to Angeles City, an inexpensive and convenient place to live. Many of the estimated 1,500 U.S. citizens living in the city are retired military personnel. But if life if easy and cheap in Angeles, it is hardly risk free. Crime is common, and a number of gruesome murders have occurred in recent months. In July 2010, for example, a 70-year-old American war veteran and his Filipina wife and three servants were killed in their home, despite its location in an “exclusive subdivision where foreigners, mostly retirees, reside … well-secured, with sentinels posted for 24 hours.”