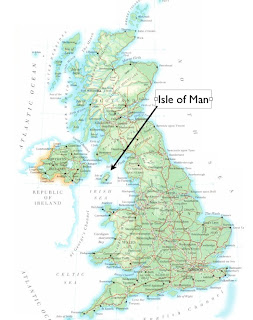 Sometimes the most obscure news article reveals significant processes that have the potential to reshape global geography. A case in point is a January 13, 2010 article from Transfer Pricing Weekly, all of seven sentences long, entitled “MAP Established between the Isle of Man and Australia.” The first sentence, which outlines “the mutual agreement procedures for transfer pricing adjustments,” promises a real snoozer of a story. The meat comes at the end: “ The Isle of Man government has signed a series of tax cooperation agreements which have helped to demonstrate the island’s commitment to international standards and to the global effort to establish a system based on cooperation between countries, transparency, and effective exchange of information.” In other words, one of the world’s first offshore banking centers—site of many monetary shenanigans in the past—is scrambling to reform itself as the crisis-battered global financial system comes under increasing scrutiny.

“Offshore banking” originated in, and indeed acquired its name from, the islands of Guernsey, Jersey, and Man. Banking secrecy, tax evasion, and other dubious practices of the offshore system were made possible by these islands’ anomalous geopolitical status. As “crown dependencies” they ultimately fall under the sovereign umbrella of Britain, yet they are not part of the United Kingdom (or the EU), regardless of what of our maps may indicate (see map). As a result, they have their own legal systems, tax codes, and regulations, which their governments long ago realized could be used to their advantage in international finance. The business is large; according to some experts, up to half of the world’s capital flows through offshore centers. Although pioneered by Guernsey, Jersey, and Man, the practice eventually spread to other British dependencies, such as the Cayman Islands and the Bahamas, and then to sovereign states. Panama, for example, might now be regarded as an onshore-offshore banking center.

The Isle of Man is actually thought to be one of the more secure and reputable of the offshore banking centers. It is not immune to crisis, however.In the financial disaster of 2008, among the few savers who lost their funds entirely were those who had invested in an offshore branch of an Icelandic bank in the Isle of Man. The Isle of Man Compensation Scheme is trying to ensure that such losses are eventually recouped.

Finance aside, the Isle of Man is plenty interesting in its own right. Its Celtic language, Manx, supposedly went extinct in 1974, but is being revived and now boasts around 100 fluent speakers. Its current head of state is officially Elizabeth II, but not as queen: her title here is “Lord of Mann.” (She is toasted as “The Queen, Lord of Mann.”) Also of note is the island’s symbol, the ancient triskelion: bent legs in a pattern of threefold rotational symmetry (more on this in the next posting).