The Country of Greenland 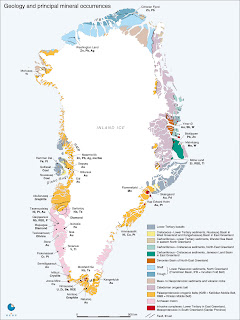 There is no single, unambiguous term in the English language to denote the sovereign entities that form the bedrock of the global political system. We often call them “nations,” but strictly speaking a “nation” is a group of people who either have or aspire to have a sovereign entity of their own; thus the Kurds are often called the “world’s largest nation without a state.” We often call them “states,” but of course a state is also the highest order political subdivision of sovereign entities organized on federal lines, such as the United States or India. We often call them “nation-states,” but here we often engage in make believe, pretending, for example, that all the people of the state called Sudan believe themselves to be members of a Sudanese nation. And we often call them countries, but England, Scotland, Wales, and Northern Ireland are all defined as countries, yet none are sovereign; all belong to the sovereign entity called the United Kingdom. Perhaps the hybrid term “sovereign state” is the best we can do.

One of the world’s largest countries, ranking thirteenth in area, almost never appears in country lists of any sort and is often simply forgotten. That place is Greenland, a constituent country of the Kingdom of Denmark. Greenland is left off the list largely because it is not a sovereign state, but it does come close. In June of 2009, Greenland became a self-determining political unit with full authority over judicial affairs, internal security, and natural resources. Greenlandic (an Inuit or Eskimo language) is now the country’s sole official language, and Greenlanders are recognized internationally as a separate people. Denmark retains control over defense, foreign affairs, and finances, and it provides annual subsidies that amount to some US $11,000 per Greenlander (of whom there are a mere 57,000).

Greenland may be moving toward full independence, but before it can do so it needs a more secure economic base. Several important lead and zinc mines have been shuttered in recent decades, and the all-important shrimp harvest may be imperiled. But Greenland does have vast mineral deposits, as well as potentially gargantuan hydroelectric resources. Oil drilling is scheduled to begin soon, and several aluminum companies have expressed interest in building smelters to take advantage of potentially cheap electricity. 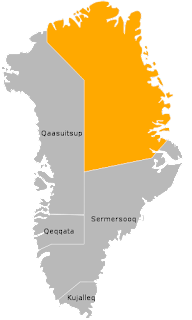 All such resource initiatives, of course, come with environmental and cultural costs. The most controversial endeavor centers on ruby mining. Greenland apparently has substantial deposits of rubies and sapphires, which are in hot demand due in part to sanctions imposed on Burma (Myanmar), the world’s main source of gem-quality corundum (rubies and sapphires are both varieties of corundum). The Canadian company that is developing the ruby mines has worked with the Greenland government to exclude local residents from small-scale prospecting in the area. This action has infuriated local activists, who now refer to officially mined gemstones as “apartheid rubies” (see http://www.theepochtimes.com/n2/content/view/15456/)

Greenland has, however, made some significant advances in environmental protection. Northeast Greenland National Park, the world’s largest (roughly a hundred times larger than Yellowstone), covers more area than do three-quarters of the world’s sovereign states. While most of the park is covered by the Greenland icecap, it also contains vast ice-free areas along the coast. Here one can find roughly 40 percent of the world’s musk ox, as well as abundant marine life. In an era of global warming, eco-tourism may offer Greenland’s best hope.