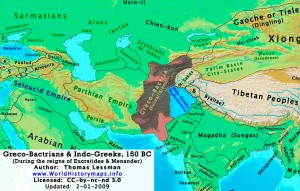 The idea that Afghanistan is the “Graveyard of Empires,” a country that perennially entices imperial conquerors only to humiliate and expel them, is often encountered.  This potent cliché has been thoroughly debunked, yet it refuses to die. An October 7, 2011 Time magazine article, for example, opens with the provocative headline, “Afghanistan: Endgame in the Graveyard of Empires.” And as we saw in Sunday’s GeoCurrents post, the same idea was recently invoked by Thomas Freidman, although he avoided the cemetery analogy.

The “graveyard of empires” idea rests on a shallow understanding of world history. It proponents point to the fact that many empires have tried to conquer Afghanistan, yet none has been able to maintain permanent rule. In its stronger version, the thesis holds that no foreign power has ever subjugated Afghanistan, even temporarily. As a 2009 Cato Institute report put it, “Although Afghanistan has endured successive waves of Persian, Greek, Arab, Turk, Mongol, British, and Soviet invaders, no occupying power has ever successfully conquered it.” Others allow that conquests occurred, but maintain that the conquerors always came to grief, sometimes losing not just Afghanistan but their entire empires in the process. As a 2009 CNN report put it, “And can it only be coincidence that in the wake of their Afghan disasters both the British and Soviet empires … crumbled?” In both versions, the syndrome is depicted as one of long-standing, extending “throughout [Afghanistan’s] history” according to a 2009 Guardian article. Many authors stress the difficulties faced by two of the world’s most formidable empire-builders, Alexander of Macedon and Genghis Khan. As stated in a 2009 article in the New York Times:

Around 330 BC, Alexander the Great and his army suffered staggering losses in fierce battles against Afghan tribes. His astonishing conquest of Eurasia became bogged down in Afghanistan …. Over the next two thousand years, the region was deeply problematic for major empires from the West and the East — from the Arab armies to such legendary conquerors as Genghis Khan, Timur (more commonly known as Tamerlane), and Babur. 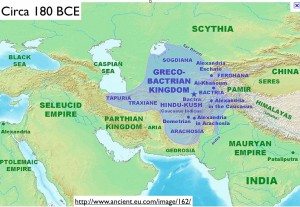 The “graveyard of empires” canard does rest on a few factual supports. The rugged, mountainous areas of central and eastern Afghanistan have historically been difficult to conquer and control—as is the case in many rugged and mountainous areas across the world. The Pashtun people, moreover, who form roughly half of Afghanistan’s population, do seem culturally predisposed to resist foreign rule, and they have produced more than their share of doughty warriors willing to die for the cause. The British Empire in the mid-1800s and the Soviet Union in the 1970s proved incapable of subduing the region, and the current military efforts of the United States do not seem any more sustainable in the long run. But beyond these limited instances, the “graveyard thesis” does not withstand scrutiny.

The failure of the thesis as a trans-historical generalization is evident in almost any historical era one chooses to investigate. Take, for instance, the forays of the ancient Macedonians and Greeks. Certainly Alexander had troubles in the Hindu Kush, as he did in a number of other areas that he and his troops vanquished. But conquer and rule the region they did. Greek power remained ensconced in the area now called Afghanistan for roughly two hundred years, contributing to an interchange of ideas and practices that enriched South Asian, Central Asian, and Greek civilization. The so-called Greco-Bactrians did fall eventually, succumbing to Yuezhi (Kushan) invaders who absorbed much of their culture. But this was to be expected; great powers ebb and flow, and no empire lasts forever.

Serious authors such as Christian Caryl and Thomas Barfield have turned the graveyard cliché on its head, arguing that Afghanistan is better interpreted historically as both a “highway of conquest” and a “cradle of empires.” Even the British failure to subdue the region has been much exaggerated. As Caryl cogently notes:

[In the] Second Anglo-Afghan War (1878-1880), [Britain] succeeded in occupying much of the country and forcing its rulers to accept a treaty giving the British a veto over future Afghan foreign policy. … London, it should be noted, never intended to make Afghanistan part of its empire. Britain’s foreign-policy aim, which it ultimately achieved, was to ensure that  Afghanistan remained a buffer state outside the influence of imperial competitors, such as the Russians.

The fact that an independent Afghanistan served British interests as a buffer state is evident in the very outline of the country. Northeastern Afghanistan features a curious panhandle, the Wakhan Corridor, that extends all the way to the border of China. Negotiations during the late 1800s, first between Britain and Russia and then between British India and Afghanistan, ensured that the territories of the British and Russian empires would never directly touch each other. As a result, Wakhan was appended to Afghanistan. Today it is a sparsely populated and generally peaceful region eager to welcome tourists, at least according to a recent BBC report. 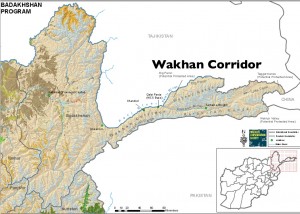 In 2009, both Afghanistan and the United States asked China to open its border along the Wakhan Corridor to provide an alternative supply line for the embattled Afghan government. China responded to the Afghan request with vague promises of increased cooperation. Its response to the American appeal was less accommodating, noting that it would not consider opening the border unless the Unites States were to agree to change its stance on such issues as Taiwan and the Uyghur militants held at Guantanamo. An October 12, 2011 Strategy Page report, however, claims that China is now reconsidering the issue, promising to open the border provided that “a sturdy road [is] built along the length of the 210 kilometer long corridor.”