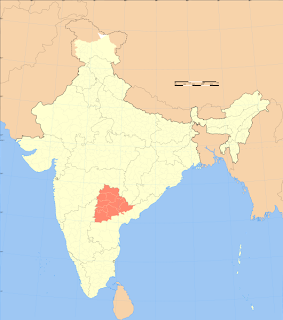 Not long after gaining independence, India remapped its internal political geography so that its main divisions would roughly correspond with linguistic groups. With each major language community being granted its own state, local demands for autonomy would, theoretically, be much reduced. Although this policy has generally resulted in stable “statoids” (see http://www.statoids.com/), agitation for the creation of new states has continued as smaller ethnic groups increasingly demand their own political spaces. But in the most recent hubbub over state division, issues of language and ethnicity have been outweighed by those based on economics and political history.
On December 9, 2009, the Indian government announced that it would carve a new state, Telangana, out of the large southern state of Andhra Pradesh. Andhra Pradesh had been created in 1956 by merging Andhra State with the core area of the former princely state of Hyderabad to create a Telugu-speaking polity, now some 76 million strong. But sharply contrasting colonial legacies—dating from the era when Andhra was largely under direct British authority while Hyderabad was ruled by the Nizam (a local potentate)—had created distinctive political cultures and economic conditions. As a result, despite the bonds of a common language and culture, the merger was always contested. 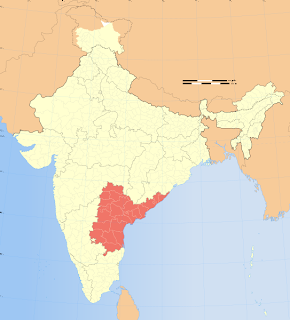 Under the rule of the inordinately wealthy Nizams, the city of Hyderabad received lavish expenditures while the rest of the princely state remained impoverished. Such was the wealth of Hyderabad that when newly formed India forcibly annexed the domain in 1948, it dubbed the military venture “Operation Polo” after the Nizam’s 17 polo grounds. The Telangana movement actually began somewhat earlier as part of a leftist struggle against the autocratic rule of the Nizam. The movement’s leaders contend that merger with Andhra merely substituted one exploitative elite class with another. And indeed, stark economic divisions still characterize Telangana. Hyderabad is now such a high tech center that locals deem it “Cyberabad,” while as India’s second largest film center it is sometimes called “Tollywood” for its Telugu-language movies. Telangana’s impoverished peripheries, however, are located within India’s “Red Belt,” a zone of rampant agrarian agitation and Maoist rebellion. 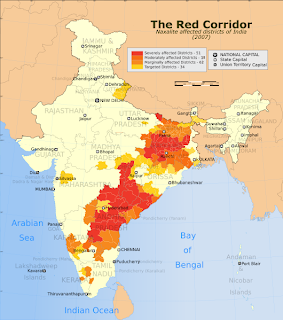 The Indian government decided to create Telangana in part to end a “fast to the death” by a local political figure, K. Chandrasekhar Rao. Such a move hardly put an end to the controversy, however. Protests against the proposed redistricting quickly erupted. Anger was pronounced elsewhere in Andhra Pradesh due to the impending loss of the state’s capital and business hub, while in Hyderabad itself high tech magnates expressed fear that a Telangana state administration would be hostile to business interests. Conflicts emerged in other parts of India as well. Opposition leaders pressed loudly for the creation of new states to satisfy their own constituencies, while established interests in the existing states rejected such demands, fearing that a precedent for continuing state division could be set by the creation of Telangana. As a result, the proposed reengineering of Indian state boundaries remains in doubt. What seems clear is that India’s internal political geography will remain a controversial and contested matter, putting strains on the country’s generally robust system of federal, democratic governance. 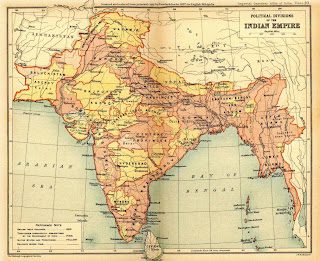