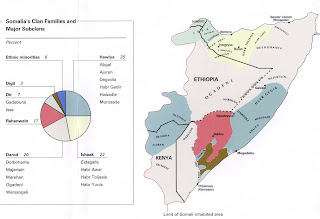 Somaliland’s lack of international acknowledgment is a frustration, but it poses no threat to the breakaway state. Similarly, the fact that Somalia claims Somaliland means little, as Somalia’s official government cannot even control Mogadishu. Somaliland’s security is enhanced by its good relations with its bordering countries, Djibouti and Ethiopia. But Somaliland does face external threats. The hard-core Islamist group al-Shabaab controls vast reaches of Somalia’s former territory, and has designs on the rest. A more intensive struggle pits the Hargeisa government against the autonomous state of Puntland, which controls northeastern Somalia. The boundary between Somalia and Puntland is hotly disputed, provoking a small war in 2007 and 2008. Puntland currently encompasses a sizable swath of land that Somaliland claims, antagonizing the two entities. 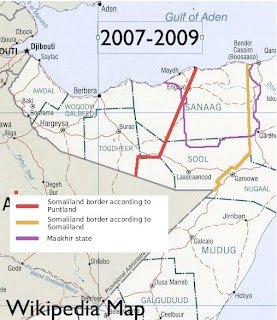 Unlike Somaliland, Puntland does not claim independence. Its elected government rather portrays itself as running an autonomous region that will eventually be reincorporated into a federal Somalia. Founded in 1998, Puntland has been noted for its competent government, well-run by Somali standards. Increasingly, however, it is gaining infamy for its pirates. Although Puntland’s government denies the connection, outside observers claim that it battens on protection payments; a recent StrategyPage headline reads “Pirate Paradise Persists.” Some estimates claim that 60 percent of Somali piracy is based in Puntland, which was reportedly responsible for some 35 maritime attacks during the first four months of 2010.

The territorial conflict between Somaliland and Puntland stems from the geographical misalignment of clans and colonies. Somaliland’s sovereign land claims are based on those of the former British Somaliland, the rest of Somalia having been under Italian colonial rule. Somaliland’s government has roots in the British system, but it is more fundamentally based on the clan structures of the Somali people, its dual nature being foundational to its success. Somaliland is closely linked with the Isaaq (Ishaak) clan, which spills into neighboring Ethiopia but is little represented elsewhere in Somalia. The eastern reaches of former British Somaliland, however, belongs to the Darod clan, which dominates Puntland. Thus far, the Darod have kept the Somaliland government from controlling its eastern territorial claims.

The segmentary nature of Somali lineage groups adds another layer of complexity. The Darod clan may dominate Puntland, but that does not mean that all Darod subclans have an equal of share of power. In 2007, disenfranchised members of one Darod subclan declared their own autonomous region of Maakhir, located in the eastern part of the former British Somaliland (see map above). Almost immediately, Maakhir and Puntland started to fight. Environmental issues figured prominently. Fearing desertification, Maakhir banned charcoal burning; Puntland responded by offering military protection to the profitable trade. Puntland also sponsored mineral prospecting by an Australian firm in Maakhir’s territory. As Maakhir was weakened by attacks from Somaliland, it reconciled with Puntland. In 2009, Maakhir ceased to exist after rejoining Puntland.

Despite their conflicts, Somaliland and Puntland do share common concerns. In particular, both are threatened by al-Shabaab. In late 2008, synchronized suicide bombings in both states killed at least 24 people. In May 2010, Puntland security forces arrested a group of alleged al-Shabaab weapons smugglers headed to the region’s main commercial city. If Puntland and Somaliland continue to fight, Islamist militias could be the main beneficiaries.

Somaliland’s independence bid raises intriguing questions about African political geography and the legacy of European colonialism, which will be explored early next week. In tomorrow’s post, we will look briefly at the historical evocations currently in use in the Horn of Africa.