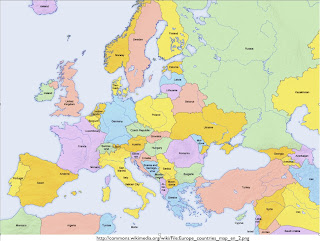 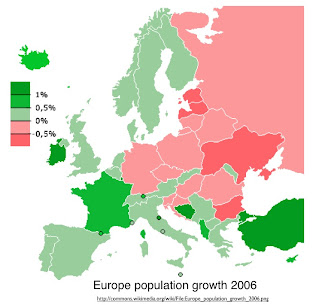 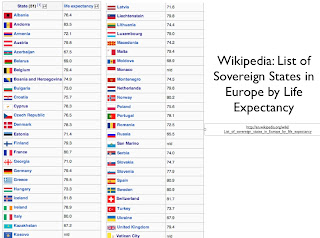 Even Europe’s larger microstates barely register on the map of the region, much less that of the world. In the basic political map of Europe posted above, Luxembourg and Malta are clearly visible, and even Andorra is fairly easily made out, but magnification is required to discern Lichtenstein and San Marino, while Monaco appears in name only. Increasingly, however, thematic maps are portraying these exiguous sovereign states as sizable circles, their regular geometric shapes indicating that they are not mapped to scale (as in the second map posted above). Although unspecified, the rationale seem to be that such entities deserve depiction on any state-based map, as they are indeed internationally recognized sovereign states. Leaving them off or mapping them (invisibly) to scale would unfairly deny them their rightful places within the so-called community of nations. In the standard model of geopolitics, all sovereign states are juridically equivalent individuals, and it would hardly be right to deny certain individuals recognition simply because they are smaller than others.

But recognizing microstates in such a manner entails severe geographical distortions. In the second map above, Andorra, Monaco, San Marino, Lichtenstein, Malta, and the Vatican City are vastly enlarged, appearing substantially larger than Luxembourg. All other countries in Europe are basically mapped to scale here, but the micro-countries are treated as deserving special notice. In a number of sources, microstates are literally mapped at vastly finer levels of resolution than others, merely by virtue of their anomalous sovereignty. In the maps used in the CIA World Factbook, one kilometer of Monaco is equal to roughly 1,400 miles of Russia.

In the standard world model, all sovereign states are portrayed as equivalent units, entities of the same scope and capacities that interact as fellow members in the “international community.” From data tables to encyclopedia and almanac entries, sovereign states tend to be depicted in the same manner, regardless of their area or population. The CIA World Factbook runs through the same information at the same level of detail for Monaco as it does for China. To be sure, the Factbook’s discussions are not exactly of equal length; 175 words are devoted to Monaco’s economy, whereas China gets 614. But China’s economy is a bit more than three and a half times the size of Monaco’s. Such portrayals are inherently misleading, outrageously minimizing large and populous countries while grotesquely maximizing small one. As a result, we lose sight of country size. When a country as large as Tunisia is routinely called “tiny,” how then are we to refer to Lichtenstein, a state one thousand times smaller? Super-teeny-tiny?

Treating microstates as equivalent to ordinary countries wastes effort and leads to misleading comparisons. Consider, for example, the Wikipedia table of average life expectancy across Europe, posted above. The numbers given seem to indicate that there is something quite special about Andorra, which posts longevity figures well beyond those of other states. In actuality, the average age of death in Andorra is much the same as it is in neighboring areas of northern Spain and Southern France, as Andorra is merely one of many similar regions in this vicinity, albeit one that happens to have sovereignty. By juxtaposing Andorra with France and Spain rather than with neighboring districts of the same scale in northern Spain and Southern France, a distorted picture results. And nothing is gained by including Monaco and the Vatican on the same list, with their “n/d [no data]” entries, other than the knowledge that the author is aware that these are internationally recognized sovereign states.

Ironically, in our drive to portray all countries in an egalitarian way, as if they were all individuals worthy of equal consideration, we end up depicting the world’s human individuals in a preposterously unequal manner. Consider the distortions that result when Nauru and India are regarded as equivalent units of the human community, worthy of the same level of attention when it comes to tabulating basic information about the world. The population of India (1.2 billion) is more than five orders of magnitude greater than that of Nauru (10 thousand), and its land area is larger still. By insisting on their equivalence, the standard world model seems to advance the claim that Nauru is 100,000 times more recognition-worthy than India, or perhaps even that each Nauruan counts as much as 100,000 Indians. Yet such an unhinged view of the world, one might argue, is essentially encoded in the very principles of the global political order. As represented in the United Nations General Assembly, each citizen of Nauru essentially has the voice of 100,000 citizens of India.

Even if we were to ignore micro-states,* the fallacy of states as equivalent units would persist. Even a country as vast as Belgium (compared to Lichtenstein or Monaco, that is) is dwarfed by China. But despite its many infelicities, the framework of sovereign states is indispensible for world mapping, as that is how most data are gathered and organized. And if microstates can be ignored most of the time without doing injustice to their inhabitants, they cannot be bypassed all of the time, as they are highly significant places in certain regards. Any serious consideration of global finance would have to consider Lichtenstein, just as one focused on gambling would have to count Monaco. And all of the microstates do indeed play their roles, if farcical at times, in the circuits of global diplomacy.

* I must admit that my own co-authored world geography textbooks include the microstates in their data tables; it is not easy to buck convention in such circumstances.