I recently gave a lecture on issues surrounding NATO in my Stanford University adult education class (Continuing Studies Program) on the history and geography of current global events. In preparing the lecture, I came across an interesting poll conducted by the Pew Research Center on attitudes towards NATO in different member states. This study found that in Europe those on the political right have a more favorable view of NATO than those on the political left. This divergence is especially notable in Greece, Spain, and Sweden, but less so in the United Kingdom. Contrastingly, in Canada and especially the U.S., support for NATO is associated with the political left. As can be seen in the chart posted below, American conservatives generally have a favorable view of NATO, but not nearly to the same extent as those on the left. 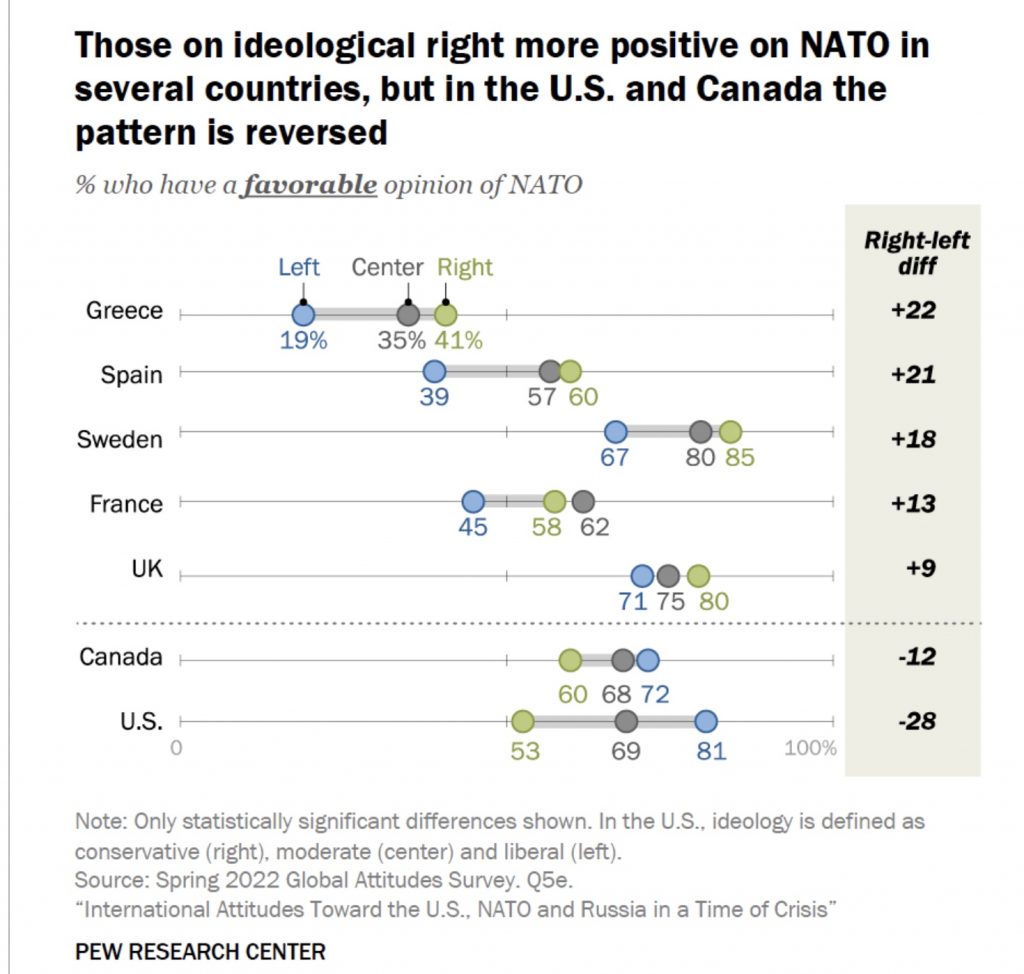 These findings are interesting but not necessarily surprising. The political left in Europe tends to be suspicious of the United States, and the U.S. is NATO’s dominant military power. On the other side of the Atlantic, American conservatives have been steadily abandoning their support for international military engagement and defense arrangements. To some extent, this change represents a return to the traditional Republican suspicion of foreign entanglements that was dominant before the Cold War.

But if Democrats and Republicans hold markedly different views on NATO, the U.S. public as a whole shows evidence of moving in the same direction regarding American foreign policy more generally. According to a recent Morning Consult poll, Democrats and Republicans alike decreasingly favor the deployment of American troops overseas and are increasingly suspicious of U.S. involvement in military conflicts abroad. The same poll found similar tendencies regarding fundamental issues of economic globalization. Apparently, Democrats and Republicans alike increasingly favored tariffs on foreign goods and barriers to foreign investment. Such convergence is evident in the policy realm. Despite their many deep political differences, the Biden and Trump administrations both pursued protectionist policies during their periods in power. It will be interesting to see if these trends continue and if they will play a significant role in the 2024 election. 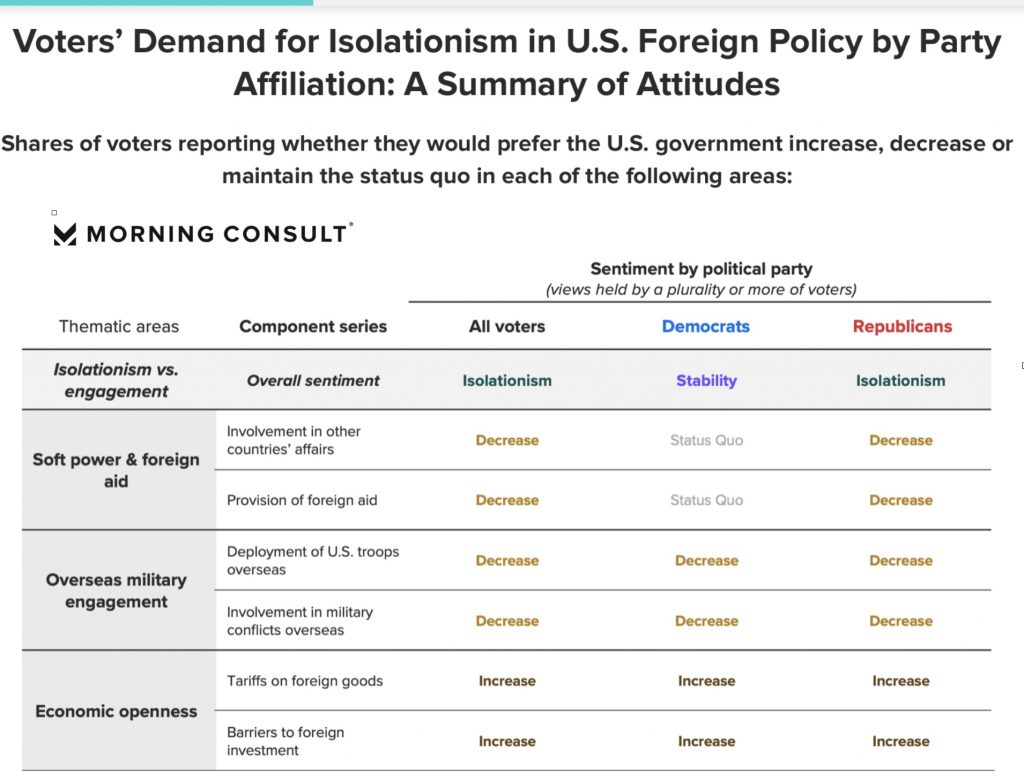 This winter I will be teaching again in Stanford’s Continuing Studies Program, offering a foundational political geography class entitled “The World Political Map.” It will be given remotely through Zoom and can be taken by anyone willing to pay the rather hefty fee. The description of the class can be found here.