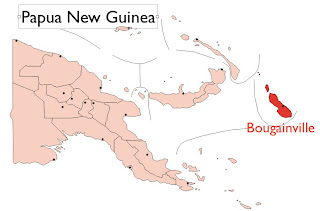 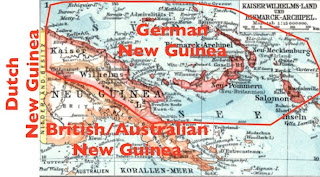 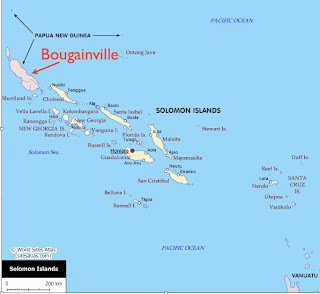 On June 18, 2010, Australian news announced that the government of Papua New Guinea had just seized a sizable tanker filled with allegedly stolen oil. Registered in the Marshall Islands, the Singapore-bound ship was carrying crude worth an estimated $A16.3 million ($14 million US). Its 20 crewmembers were arrested and charged with various offenses, including possession of pornography.

The most intriguing aspect of the story was the source of the purloined oil: it had evidently been siphoned out of rusty tanks at the derelict Panguna copper mine on Papua New Guinea’s island of Bougainville. That the Panguna site, shuttered since 1989, still held millions of dollars worth of oil indicates its size; when closed due to civil unrest, it was the largest open-pit mine in the world. When the mine began operating in the early 1970s, Papua New Guinea gained the financial resources considered necessary for independence from Australia. If the peace-making deal made in the late 1990s between the government of Papua New Guinea and the insurgents of Bougainville is to be honored, this story could soon be repeated: a reopened Panguna could provide the economic base for Bougainville to secede from Papua New Guinea as a sovereign state within the coming decade.

Bougainville is physically part of the Solomon archipelago, which otherwise forms its own country. It owes its geopolitical position to late nineteenth century European colonial competition. As German traders and imperialists pushed south from northeastern New Guinea and the Bismarck Archipelago, the British consolidated their power in the southern Solomon Islands. In 1900, Germany transferred all of its holdings in the archipelago except Bougainville and associated islets to Britain in exchange for a British withdrawal from Samoa. After Germany’s defeat in World War I, German New Guinea, including Bougainville, passed to Australia as a League of Nations Mandate. Australia joined these lands to its own previously acquired holdings in southeastern New Guinea (technically under British sovereignty), forming the territory that became Papua New Guinea in 1975.

Bougainville erupted into insurgency soon after the opening of the Panguna mine. Local residents complained that Panguna benefited the central government and outsiders who worked and manage the mine, while they suffered the associated environmental and social disruptions. In 1975, rebel leaders declared the independence of the Republic of the North Solomons, which functioned as an insurgent state for about six months. New Guinea forces gained the upper hand, but the rebellion simmered. In 1988, the new Bougainville Revolutionary Army effectively targeted the mine and its power supply, forcing a suspension of operations in 1989. In 1990, the Port Moresby government placed Bougainville under blockade, prompting rebel leaders to once again proclaim their sovereignty. But rather than cooperating to build a working state, the island’s various armed camps and ethnic groups quarreled, resulting in civil war.

Civil strife in Bougainville allowed the Papuan army to advance on the island, but not to regain full control. New Guinea requested assistance from Australia and New Zealand, but to no avail. In 1996, it turned to Sandline International, a British-based private military force with South African connections. The employment of a mercenary force, however, provoked scandal in Papua New Guinea, bringing down its prime minister. A new government opted for negotiations, with New Zealand brokering. A 2000 peace treaty established the Autonomous Region of Bougainville, promising its people that they could vote on full independence sometime between 2015 and 2020.

Although most residents of Bougainville apparently viewed the Panguna mine as an environmental disaster when it was operational, the current consensus seems to be that independence would require its reopening. But mine revenues alone would not form an adequate foundation for successful sovereignty; for that, competent governmental institutions and civil concord are also necessary. Bougainville’s record on these issues, as the next Geocurrents posting will explore, remains mixed.