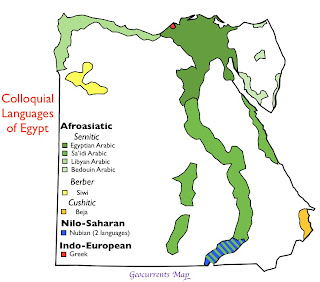 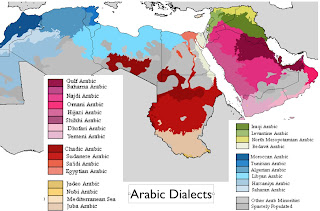 Those who doubt that the recent uprising in Egypt will lead to a stable democracy often cite the poor state of democratic governance in Iraq. Those optimistic about Egypt typically counter by contrasting democracy as imposed by a foreign conquest with democracy as derived from a popular uprising. Equally pertinent is Egypt’s status as a nation-state. A large majority of Egyptians, whether Muslim or Christian, strongly identify with the Egyptian nation. In Iraq, on the other hand, regional and religious affiliations often take priority. Iraq, after all, was cobbled together after World War I by British agents – especially Winston Churchill – out of three former Ottoman provinces. Egypt too was formerly under Ottoman (after 1517) and then British (after 1882) dominion, but it had always been a distinctive place with its own political identity. Scholars who emphasize the deeply rooted or “primordial” nature of ethnic groups and national identities argue that Egypt functioned as a nation-state even in ancient times, a status that it would periodically lose and then regain as foreign empires waxed and waned. To the geographical determinist, Egypt is all but destined to nation-statehood, its population isolated from others by forbidding deserts and crowded into a narrow, fertile valley.

But Egypt has never been a perfect nation-state. Nor do all permanent residents of Egypt identify themselves primarily as Egyptian today. According to the Wikipedia’s basic data sheet, 99 percent of Egypt’s people are Egyptian, 0.9 percent are Nubian, and 0.1 percent are Greek. The actual situation – no surprise – is more complicated, as demonstrated in the “demographics” section of the same article:

Egyptians are by far the largest ethnic group in Egypt at 91% of the total population. Ethnic minorities include the Abazas, Turks, Greeks, Bedouin Arab tribes living in the eastern deserts and the Sinai Peninsula, the Berber-speaking Siwis … of the Siaw Oasis, and the Nubian communities clustered along the Nile. There are also tribal Beja communities concentrated in the south-easternmost corner, and a number of Dom clans…

The discrepancy between the two figures (99% and 91%) of Egypt’s Egyptian population stems in part from the imprecision of the country’s statistics. But it also derives from the problems inherent in classifying national identity. A number of the “non-Egyptian” groups are considered Egyptian in certain circumstances, and several are in the process of becoming Egyptian. The Abazas, for example, are a Circassian/Abkhazian people whose ancestors fled Russian assaults in the Caucasus in the 19th century; although they have long maintained a distinct identity in Egypt, the future of the group is uncertain. Population estimates for the Doms, relatives of the Gypsies/Romanies of Europe, vary tremendously, from tens of thousands to a more than a million, suggesting uncertainly about categorization. Many Doms hide their identity to avoid discrimination. According to a prominent Dom website: “in Egypt, most of them claim to be Palestinian to justify their acquired Egyptian accent [and] to help them secure a smooth social integration among their communities.”

Minority groups that occupy their own territories more easily maintain their identities. The Siwis in western Egypt, for example, isolated in their large oasis, have retained their Berber language. Egypt’s far south, another remote environment, was long dominated by linguistically distinctive Nubian peoples. Only with the completion of the Aswan High Dam in 1970 was their hold on the region diluted.

Egyptian nationalism has also been compromised by the broader linguistic and religious communities to which most of its citizens belong. Ethnic Egyptians are Arabic-speakers, but the Arabic-speaking realm extends over all or part of more than twenty countries. The Arab nationalism that infused political discourse in the mid-20th century framed the “national community” in pan-Arab terms, diminishing the significance of state boundaries and identities. From 1958 to 1961, Egypt and Syria actually joined together under the banner of Arab nationalism to form the United Arab Republic. While Arab nationalism may be a largely spent force today, Islamism also works against the Egyptian nation, as it disparages nationalism in general. Here the community of the faithful, not the nation-state, is promoted as the proper source of identity and political action.

Had it not been for the dampening influence of Islam and pan-Arabism, Egypt might have developed a stronger form of nationalism buttressed by a national language. The linguistic unity that extends from Morocco to Oman exists at the formal but not the popular level. Official speech across the Arab World uses Modern Standard Arabic, based on the language of the Quran, but that is not the language of the home or the street in any country. Local dialects prevail, and linguists regard many of these “dialects” as separate languages in their own right, including Egyptian Arabic. In the early twentieth century, a few steps were made to develop Egyptian Arabic into a literary and quasi-official language, but this movement came to an end with the rise to power of Gamal Abdel Nasser in 1954. Pan-Arab sentiments as well as reverence for the classical Arabic of scripture ensured that Egyptian Arabic would remain a mere dialect, with no pretension to national status.