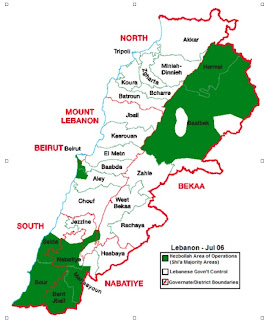 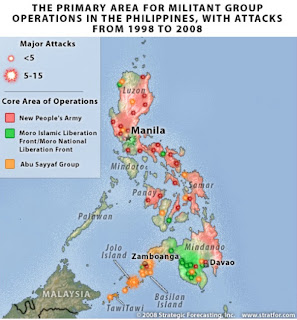 Max Weber famously defined the modern state as an entity claiming a monopoly on the legitimate use of violence to enforce order over a specific territory. By this definition, many of the countries that constitute the international geopolitical order fall well short of being genuine states. Consider Lebanon. From 1976 to 2005, a sizable Syrian army was parked on Lebanese soil, making a mockery of any claims that the Lebanese state had a monopoly on force. Although that army subsequently withdrew, Lebanon was not able to establish sovereignty over the full extent of its territory. It is generally agreed today that Hezbollah’s Islamist militia is stronger than the Lebanese national army, exercising power if not monopolizing violence in the country’s Shiite-majority areas, and thereby compromising Lebanon’s territorial integrity if not its very statehood. By strict Weberian criteria, Lebanon must be regarded as a semi-fictive state, one that has the forms but not the full powers of genuine statehood.

One could argue that Hezbollah, for all its strength, is an illegitimate wielder of violence, making Lebanon a legitimate if beleaguered state. Elsewhere in the world, however, plenty of more ambiguous cases can be found. Some states allow the proliferation of private armies, granting paramilitary groups a form of legitimacy—and in so doing undermining their own. If a country takes the further step of relying on such autonomous purveyors of violence to uphold its own order over large stretches of its supposed territory, then it can no longer be classified as a fully modern state, at least by Weber’s definition. Instead, it should be regarded as something more akin to a feudal entity, one in which effective sovereignty is diffuse and parcelized, ceded by a theoretically sovereign power to largely independent, localized forces.

Such quasi-feudal states are more widespread than is commonly realized. Consider the Philippines, the world’s twelfth most populous country. By certain criteria, the Philippines is relatively stable; according to the Failed States Index, more than fifty other countries are at greater risk of systematic collapse. Yet private armies operating with impunity have long been a staple feature of Philippine political life. As MindaNews reported on February 5, 2010, fifty-two private militias operate on the island of Mindanao alone. The power and audacity of Philippine armed retinues came to global attention after the Maguindanao Massacre of November 2009. Fighters associated with the powerful Ampatuan clan attacked a convoy of a rival clan that was heading to register one of its members as a candidate for an up-coming gubernatorial election; fifty-one people were slaughtered, including as many as 32 journalists. The Committee to Protect Journalists describes the incident as the largest single attack on news-reporters in world history.

The November massacre was so outrageous that the Philippine government had to react, arresting key members of the Ampatuan clan, conducting raids (one of which netted 330,000 rounds of M-16 ammunition), and declaring martial law in the region – in effect, denying the legitimacy of the private army that had perpetuated the bloodbath. But up to that point, the Ampatuans had been key allies of the government, and had in fact helped engineer the presidential election of Gloria Macapagal-Arroyo in 2004 by ensuring her virtually all of the vote in their home district. Elsewhere in the Philippines, private armies continue to operate with impunity, periodically serving state ends by battling Islamists insurgents in the south and the forces of the Maoist New Peoples’ Army through the rest of Philippine archipelago.

States are by definition territorial entities that are supposed to exercise control over the all areas within their internationally sanctified borders. In the Philippines, as in many other countries, such a condition remains more a dream than a reality. As the map above shows, most parts of the archipelago remain vulnerable to insurgent forces, which retain effective control over many remote areas. Philippine territoriality in the south is also complicated by the existence of the Autonomous Region of Muslim Mindanao, a topic that will be addressed in next Monday’s posting.