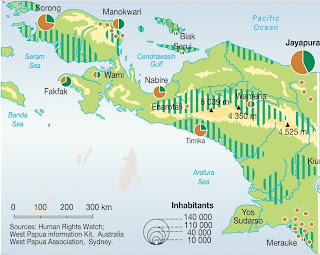 As we saw last Monday, a tenuous peace came to the Indonesian province of Aceh in 2005 when it was granted a special autonomous status in 2005. The same cannot be said of Papua, Indonesia’s largest province, located on the opposite side of the country. Papua was granted a measure of local autonomy in 2001, when its name was changed from “Irian Jaya.” In 2005, the Indonesian government took the further step of forming the Papuan People’s Council, composed of tribal chiefs charged with upholding local customs. Despite these measures, Papua’s long-simmering insurgency continues to generate bloodshed. In late March 2010, Papuan separatists ambushed a contingent of Indonesian soldiers in Mulia district, and in January 2010, four police officers and five civilians, including an American, were injured in a shootout in the Timika region. In July 2009, an Australian civilian was killed in Timika, a particularly restive part of Papua. 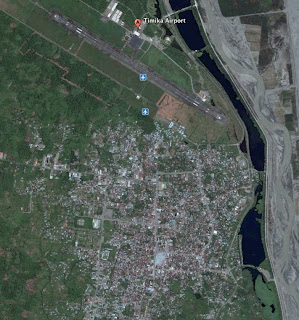 The Papuan rebellion dates back to 1965, when the OPM (Organisasi Papua Merdeka, or The Free Papua Movement) was founded to contest Indonesian control over the western half of the island of New Guinea. Indonesia gained Papua through a kind of secondary imperialism. In the late 1800s, the Dutch expanded their colonial holdings to the east of their Indonesian empire, partitioning the massive island of New Guinea with Britain and Germany. Culturally part of Melanesia, Papua had little in common with Indonesia, as the Dutch well knew. When Indonesia gained independence in 1949, the Netherlands retained western New Guinea, eventually preparing it for independence. Indonesia wanted the territory, however, and threatened to invade. The United States pressured the Netherlands to negotiate, resulting in the Indonesian military occupation of Papua in 1963, and annexation in 1969. 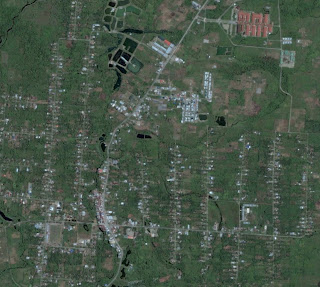 The Timika region is especially troubled for two reasons. First, it is the gateway to the Grasberg mine, owned mostly by Freeport McMoRan Corporation, based in Phoenix, Arizona. A massive open pit some 14,000 feet (4,500 meters) above sea level, Grasberg is the largest gold mine and third largest copper mine in the world, employing more than 19,000 people. Although Timika is situated some distance from Grasberg in the adjacent lowlands, it is the largest commercial center in the vicinity, with Papua’s largest airport (boasting a runway more than a mile long). The mine and associated businesses bring significant income to Timika, which claims the best hotel and golf course in Indonesian New Guinea. But Grasberg is also grotesquely polluting, generating 230,000 tons of tailings every day. Mine waste flows down the Aikwa River into the lowlands near Timika, where it is deposited in a broad swath of braided channels. Sedimentation and heavy metals have destroyed most of the river’s wildlife.

Timika’s second cause of strife is transmigration. The Indonesian government has long operated a huge subsidized scheme to move Javanese and Madurese peasants to the lightly populated “outer islands.” Although this official migration program was scaled back in 2000, migrants continue to pour into Papua. Roughly half of the inhabitants of the province were born in other parts of Indonesia. The city of Timika has boomed, as have the platted rural settlements in its environs (see the Google Earth images above). By 2002, Timika was large enough to host a locally infamous red-light district located ten kilometers outside town, staffed largely by Javanese immigrants. (In the pie charts in the map above, the brown areas indicated the proportions of the local populations composed of migrants.)

The indigenous people of Papua see few benefits in such developments. Many locals think that their lands and resources are being stripped away to benefit outsiders. The small measures of provincial autonomy granted by Jakarta mean little in such circumstances. As a result, the insurgency continues to simmer. The OPM is neither well funded nor well armed, however, allowing the Indonesian military to retain a firm grip on the region.

The recent violence in Timika has barely been noted in the global press. In fact, Timika itself is barely noticed by the outside world. Internet searches yield little other than information about travel arrangements, the Timika airport, and the Sheraton Hotel. Tinika does not even have a Wikipedia article of its own. Its airport does, however—a piece largely devoted to chronicling a 1996 attempt by the Indonesian military to rescue hostages held by the OPM. The operation went awry, resulting in sixteen deaths.