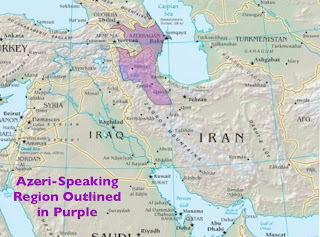 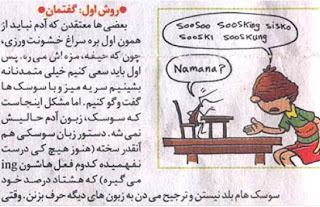 Iran is to Azerbaijan as Thailand is to Laos: just as Thailand has far more Lao-speakers than Laos, Iran has far more Azeri-speakers than Azerbaijan. Some 18 million Azeris live in Iran (where they comprise 20 to 25 percent of a large populace); that is more than double the number in Azerbaijan (whose 8 million Azeris account for 90 percent of a much smaller population). Although the discrepancy is not as large as that between Laos and Thailand in regard to the Lao, the Azeri case is in some respects more pronounced. In contrast to the concentration of Lao speakers in just one country outside Laos, for instance, large Azeri populations extend into several neighboring countries, with an estimated 800,000 in Turkey, 600,000 in Russia, and 280,000 in Georgia. And whereas Lao and Thai are closely related languages, Azeri—a Turkic language—is unrelated to Persian, an Indo-European tongue. Azerbaijan is clearly an “underfit” country, with the majority of the ethnic group upon which its national foundations are based residing outside its boundaries.

But beyond simple ethnic proportions, the Lao/Azeri analogy does not go very far. Isan is the poorest part of Thailand, and its Lao-speaking inhabitants tend to be politically and economically marginalized and culturally disparaged. Northwestern Iran, on the other hand, is one of the wealthiest and most industrialized parts of the country, and its Azeri-speaking inhabitants are well integrated within the Iranian nation. The Azeri community in Tehran is also substantial and relatively prosperous. Iranian opposition leader Mir-Hossein Mousavi is Azeri; so—according to some—is Grand Ayatollah Ali Khamenei, supreme leader of the country. (Khamenei’s father was Azeri, but not his mother; he evidently speaks Azeri less fluently than Persian [Farsi] and Arabic.)

Despite the prominence of Azeris in Iranian national life, ethnic tensions are not absent. State language policy dictates that official documents, governmental correspondence, and textbooks must be written in Persian. In early 2010, Azeri activists in Iran called for demonstrations against the suppression of Azeri-language schools, hoping to use the U.N.’s International Mother Language Day (February 21) to publicize their cause. The planned protests failed to materialize. According to the South Azerbaijan website, “Repression and fear seem to be the main factors in preventing this year’s International Mother Language Day demonstration.”

In 2006, neither fear nor repression prevented massive ethnic protests from engulfing the Azeri region of Iran. Unrest was sparked by the printing of a comic sketch in a national magazine that was deemed insulting to the Azeri people and their language: in the cartoon, aimed at children, a boy says several words meaning “cockroach” in Persian, and the cockroach sitting across the table responds by asking “what?” in Azeri (with all words spelled in Roman letters).

In the resulting Iran newspaper cockroach cartoon controversy, demonstrations turned to riots and Iranian security came down hard. According to official sources, 330 protestors were arrested and four were killed.

Despite the uproar, the cartoon itself did not appear to be designed to insult the Azeri people. The cartoonist, an Azeri himself, was apparently poking fun cleverly at the “dialogue between civilizations” campaign of the former reformist president, Mohammad Khatami. The fact that a seemingly innocuous cartoon generated such fast fury led Iranian nationalists to deduce foreign incitement. Some suspected the involvement of “Pan-Turkists,” adherents of a mostly defunct movement seeking to politically unite all Turkic speaking people. Naturally, suspicion also fell on the United States, which is habitually seen as scheming to destabilize Iran, in part by maintaining intelligence connections with Iranian Azeri separatist intellectuals. Concerns over U.S. intentions were to mount with the subsequent publication of Ralph Peters’ map of a reimagined Middle East (see next Monday’s post).

The Iranian government shut down the magazine in which the cartoon was published, and arrested the artist, Mana Neyestani. He was subsequently charged with “publishing provocative materials and fomenting discord.