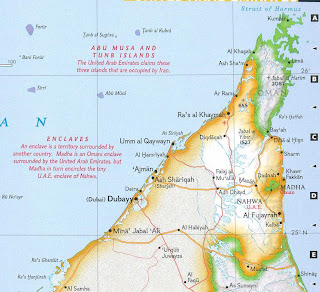 Sovereign states (or countries) generally appear on the map as solid, contiguous blocks of territory, and they are certainly conceptualized as such. But exceptions abound. Many countries, for example, have separates “annexes” located at some distance, technically known as exclaves (think of Alaska). Bits of territory within the boundaries of one state that belong to another are defined as enclaves. Entire countries can be enclaved within another sovereign state, such as Lesotho in South Africa or San Marino in Italy.