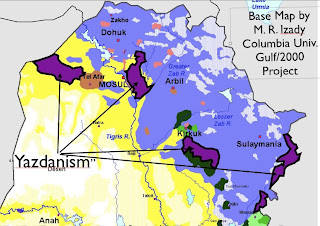 The government of Iraq recently announced that it is preparing to conduct its first census since 1987. Merely holding a census is controversial, especially in the ethnically mixed areas of northern Iraq. The main issue concerns the eventual size — and share of governmental revenues — of the Kurdish Autonomous Region. The Kurds lay claim to the city of Kirkuk, deemed their “Jerusalem,” which lies outside their autonomous region. If the census shows that they form the local majority, Kirkuk could more easily become part of autonomous Kurdistan. Not coincidentally, the contested zone sits over some of Iraq’s largest oil deposits. Local Sunni Arabs and Turkmens contest Kurdish claims, resisting anything that might be used to expand the autonomous region. 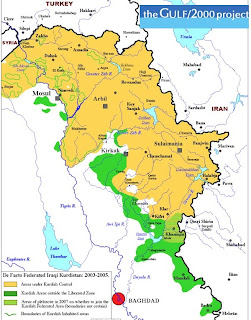 The most deadly and destabilizing division in Iraq is that between Sunni and Shiite Arabs, but their relative numbers will not be addressed in the census; sectarian divisions within Islam are too sensitive. Religious identity at a higher level, however, will be assessed, with the census attempting to determine how many Muslims, Christians, Mandaeans (Sabians), and Yazidis live in Iraq. It would be difficult to argue that these religious distinctions are somehow “less sensitive” than those found within Islam. So many Christians and Mandaeans have been driven out of Iraq, or simply killed, that some authorities regard the situation as almost genocidal. (It is estimated that only some 7,000 Mandaeans, who revere John the Baptist as their main prophet, currently live in Iraq; as recently as 2003, they numbered 70,000).

The relatively secure Kurdish Autonomous Region of northern Iraq is often regarded as a refuge for Iraq’s persecuted minority faiths and ethnic groups. According to a fact sheet posted on the important website Kurdistan: The Other Iraq, “The current [Autonomous Region’s] government consists of several political parties. The coalition reflects the diversity of the Region’s people, who are Chaldeans, Assyrians, Turkmen, Yazidis and Kurds living together in harmony and tolerance” (http://www.theotheriraq.com/).

The relationship between the Kurdish Autonomous government and minority religious groups is actually more complicated. In November 2009, Human Rights Watch released a report accusing the Kurdistan Regional Government of “imposing Kurdish identity” on Shabaks, Yazidis and other non-Muslim groups. Kurdish official denied the allegations (see the January 10, 2010 UPI article “KRG Defends Position on Minorities”), pointing out that most minority groups have consistently supported the “Kurdistan lists.” But minority activists often claim that they are tolerated in Kurdistan to the extant that they ethnically classify themselves as Kurds. By linguistic criteria the Yazidis certainly are, but many in the community feel that their religion differentiates them. Kurdish officials disagree, in part because the larger the number of Kurds counted in the next census, the more money will flow from the central government to the autonomous regional government.

Regardless of the current contretemps, the religious minorities of Iraq are plenty interesting in their own right. Consider the Yazidis, who may number as many as 500,000. Yazidism is an old and profoundly non-dualistic religion that regards God as a remote figure. Yazidis focus on Melek Tawus (the “Peacock Angel”), viewed as chief among the seven holy beings who have dominion over the earth. As Melek Tawus is identified with the fallen angel Shaitan (Satan), Yezidis have often been labeled “devil worshippers.” Yazidis, not surprisingly, deny the charge. According to their beliefs, Melek Tawus is a benign angel who “fell” but later repented and was forgiven by God.

Historically, the Yazidis have suffered occasional persecution, and today their situation is dire. But imagine what their plight would have been had they lived in Europe in the late medieval or early modern periods? Could they have possibly survived? Today, Europe enjoys vastly higher levels of religious freedom than do most parts of the Middle East, but it is important to remember that 500 years ago the situation was reversed.