Rightwing populist parties have gained support over much of Europe over the past decade. Italy, however, is the first western European country to see a rightwing coalition led by a populist party come to power. The success of Giorgia Meloni’s Brother of Italy is partly explicable on the basis of Italy’s extremely low fertility rate in combination with its highly negative attitudes toward immigration, as can be seen in the map and charts posted below. With few children being born and immigrants generally unwelcome and no longer staying in large numbers, Italy faces an impending financial/demographic crisis. Unless something changes, future retirees will no longer be easily supported. Meloni’s pro-natalist plans, which call for substantial subsidies for child-bearing couples, thus proved attractive to many voters. Widespread antipathy to immigrants also helps explain the appeal of Meloni’s majoritarian identity politics, focused on nationalistic sentiments. 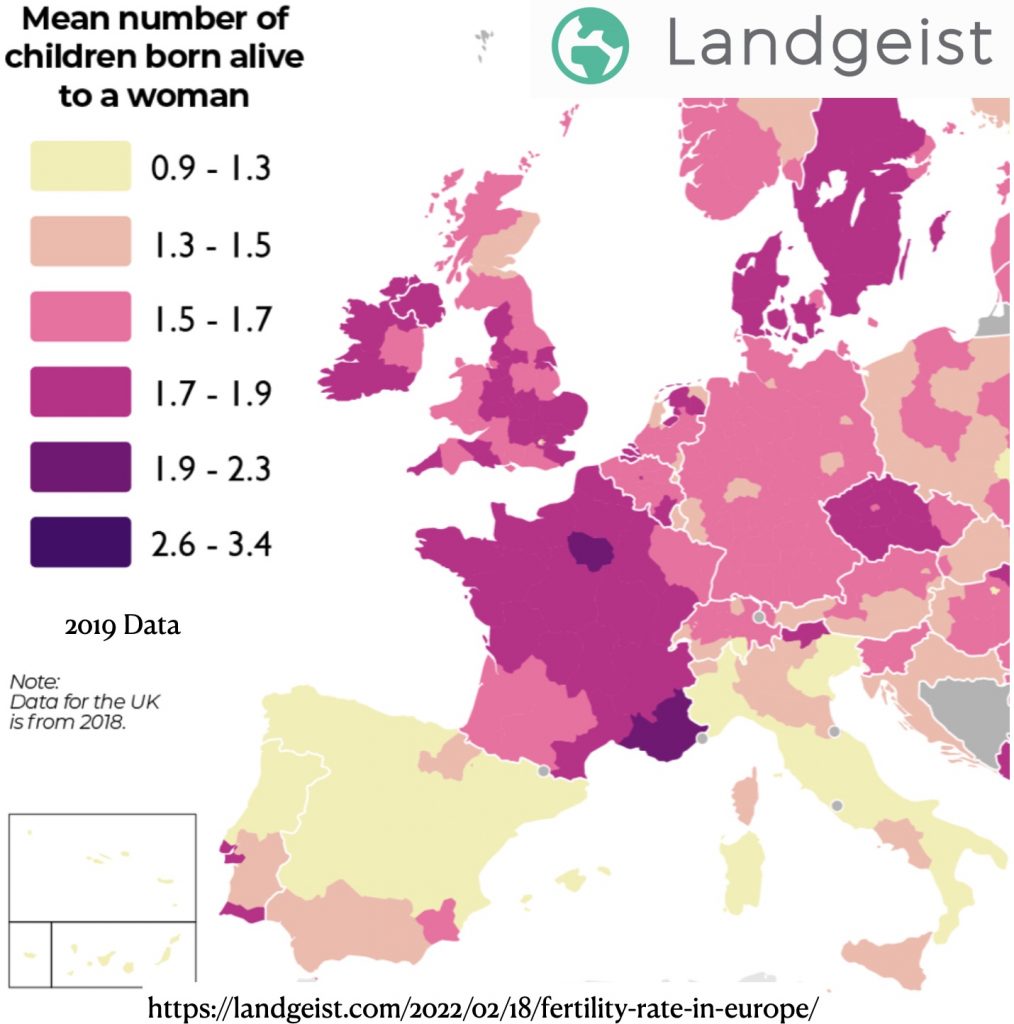 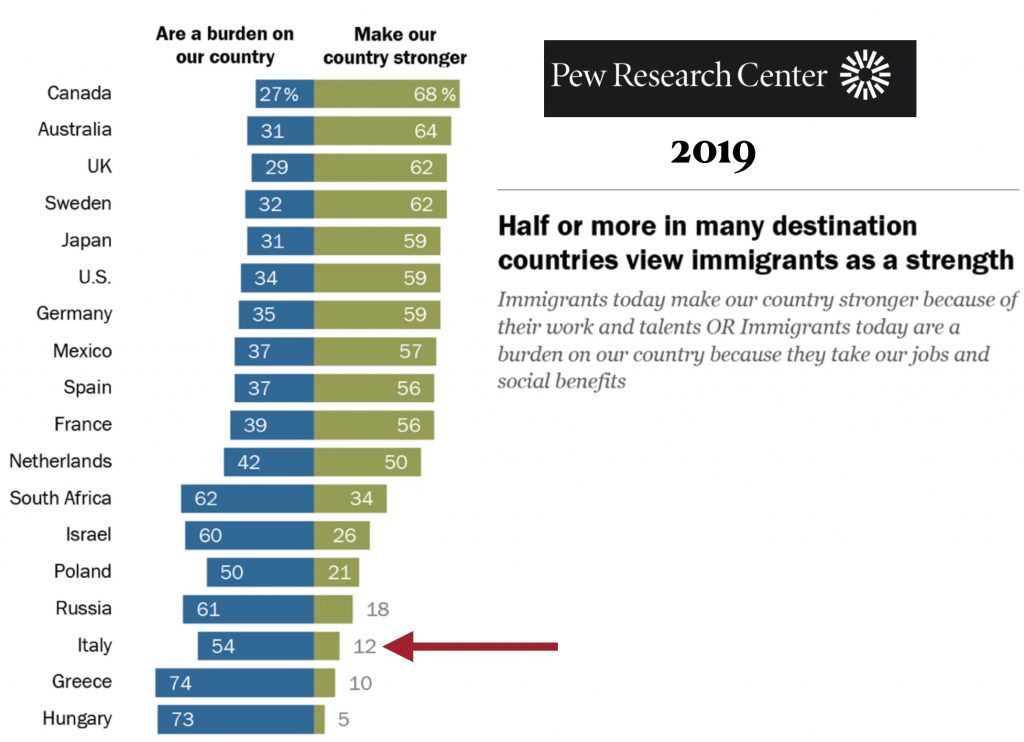 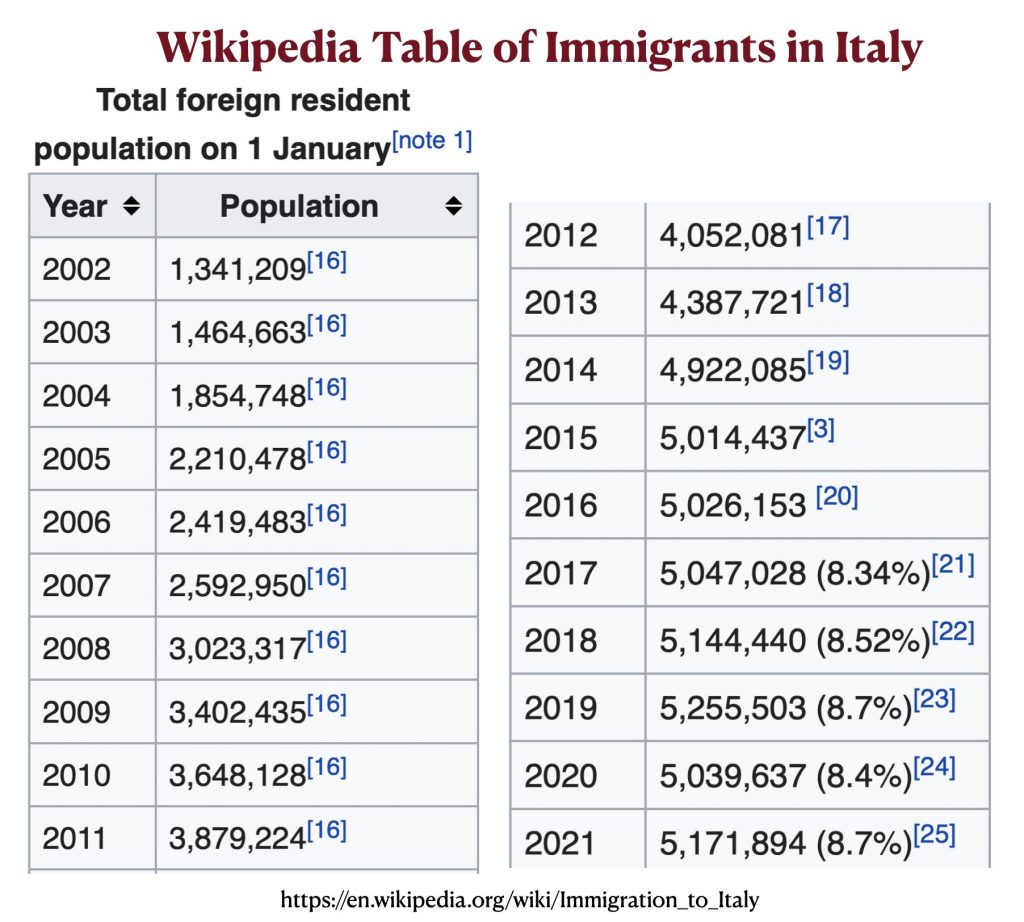 Why the Italian population is so averse to immigrants is an open question. The country’s foreign-born population is not high by western European standards. It is significant, however, that Italy does not have a long history of receiving immigrants; for most of its time as a nation-state, it has been noted instead for sending out emigrants.

Italy’s economic malaise is another important factor in its swing to the right. In the late twentieth century, the Italian economy was in good shape. In the Il Sorpasso phenomenon of 1987, Italy’s GDP overcame that of the United Kingdom, making it the sixth largest economy in the world. Today Italy’s GDP stands at 2,058,330 (US$ million) whereas the UK stands at 3,376,000 (US$ million). Italy has experienced pronounced economic decline over the past dozen years, and most of its regions suffer from high unemployment. Considering as well Italy’s chaotic political system, it is perhaps not surprising that its voters have turned against their country’s political establishment. Such dissatisfaction also helps explain the recent rise of its left-populist Five Star Movement. But Five Star saw a massive decline in support in the 2022 election. Perhaps its suspicions about economic growth were a factor here. 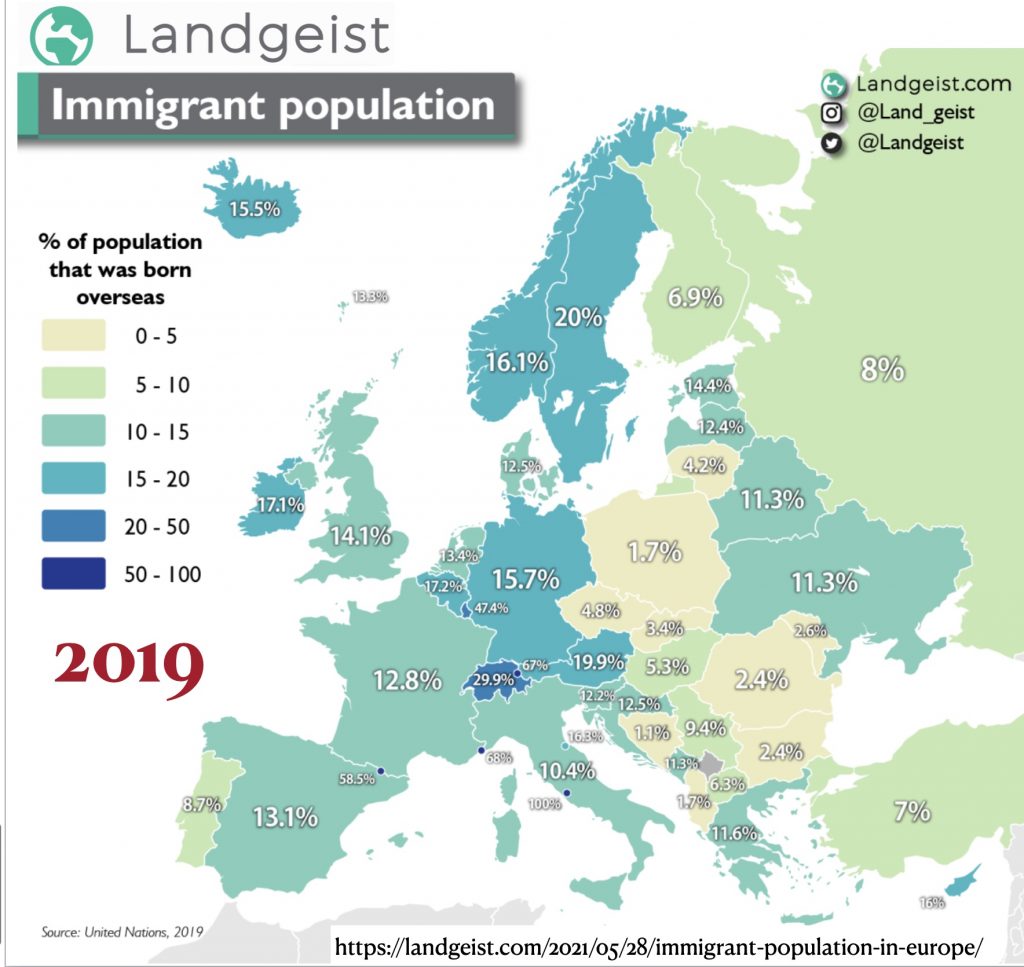 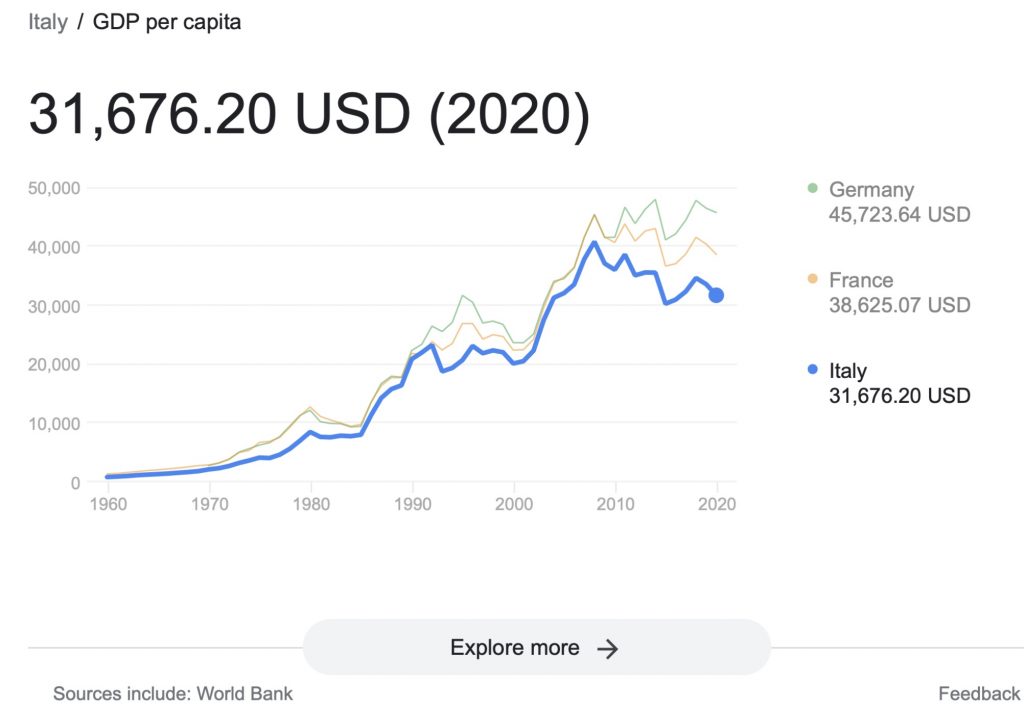 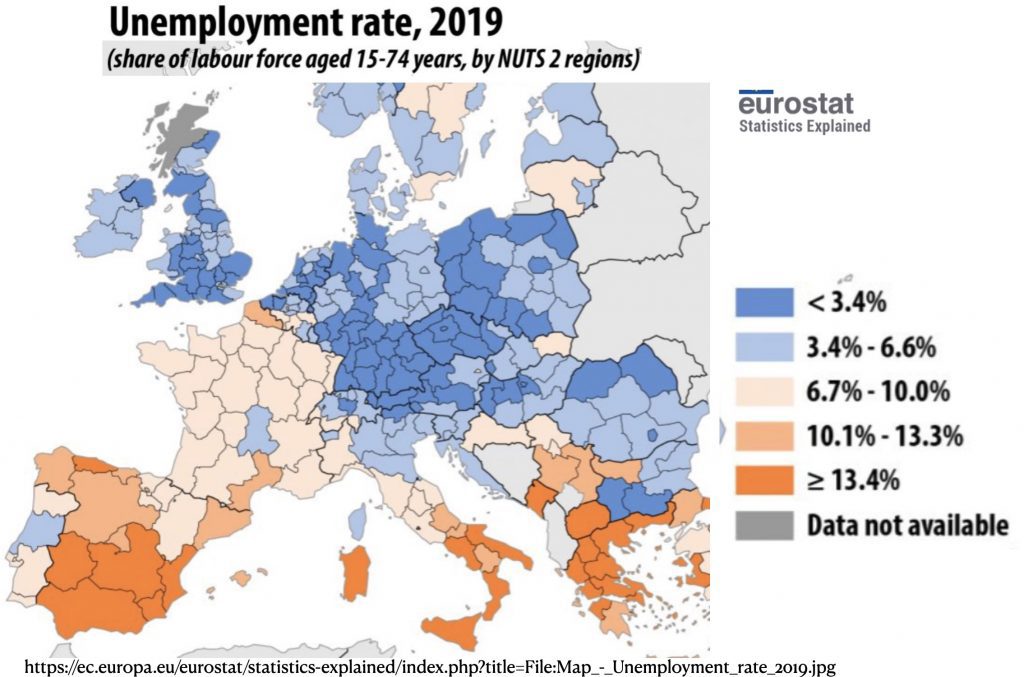 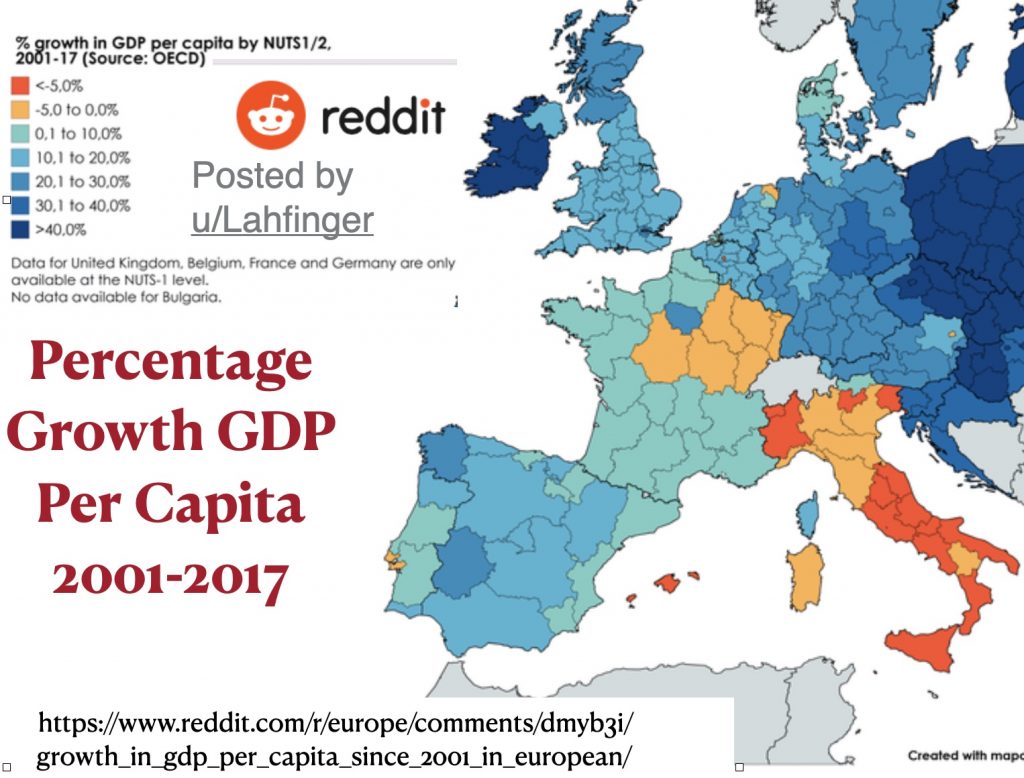