(GeoCurrents will return to the Seduced by the Map manuscript later this year. The next few posts will look at Italy’s 2022 election. Posts next week will examine the current protest movement in Iran.)

The recent Italian election saw a clear victory by the rightwing coalition, which gained an outright majority of parliamentary seats. In terms of popular vote, however, the results were not so clear. The rightwing coalition took only 43.7 percent of the total vote. But the leftwing coalition lagged far behind, with only 26 percent of the vote. Most of the rest of the votes went to two non-coalition parties, the left-populist Five Star Movement and the centrist Action-Viva Italia alliance. If these parties had joined the left coalition, it would have received 49.2 percent of the vote. If one were to add the votes given to two extreme leftist parties (People’s Union and Sovereign Italy), the total “left and center” vote would stand at 51.8 percent.

There are two main reasons why the rightwing coalition won a decisive victory despite its minority level of support. One was the lack of unity in the left-center. As The Guardian reported, “The centre-left Democrats, led by Enrico Letta, placed a veto on any alliance with the left-leaning Five-Star Movement, and the centrist Liberals in turn placed a veto on the Democrats. This uncooperative narcissism cleared the way for the far-right victory.” Also important was the ability of the rightwing coalition to reach plurality support in 83 percent of the 232 single-member constituencies of the Chamber of Deputies (the lower house of parliament). With many parties in play, it is not difficult to reach first place with a far-from-majority level of support. On the electoral map of these constituencies, Italy appears almost solidly blue (the conventional color of the rightwing in Italy – and in almost almost every other country, except the United States). 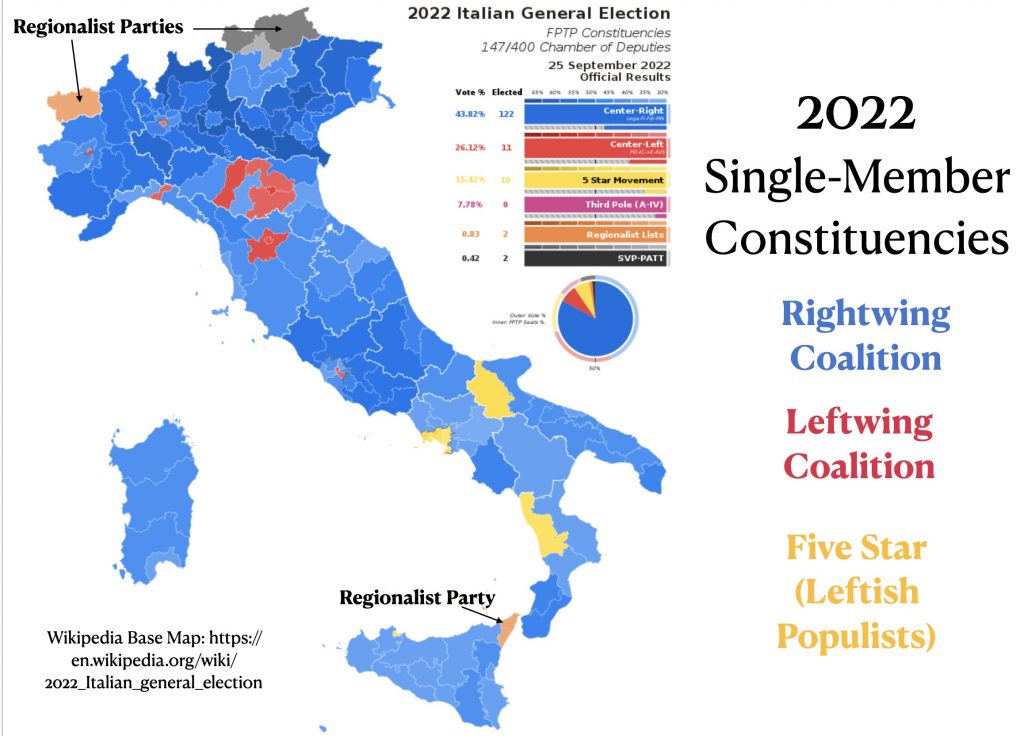 But if the right’s victory was not as solid as it seems at first glance, the left’s defeat is still striking. Constituencies that supported candidates on the left in almost every election since 1948 failed to come through. Prior to 2017, almost every district in the important regions of Tuscany and Emilia-Romagna in north-central Italy gave at least plurality support to candidates on the left. In 2022, such support was whittled down to Florence and its environs in Tuscany and Bologna and Reggio-Emilia and their environs in Emilia-Romagna. Although the left-coalition did win several densely populated urban cores elsewhere in northern Italy, the country as a whole does not show the “urban=left/rural=right” dynamic that is refashioning electoral geography in most other democracies.  Large portions of major cities such as Roma and Milan favored the right. Important cities such as Venice and Verona apparently voted much like their rural hinterlands. 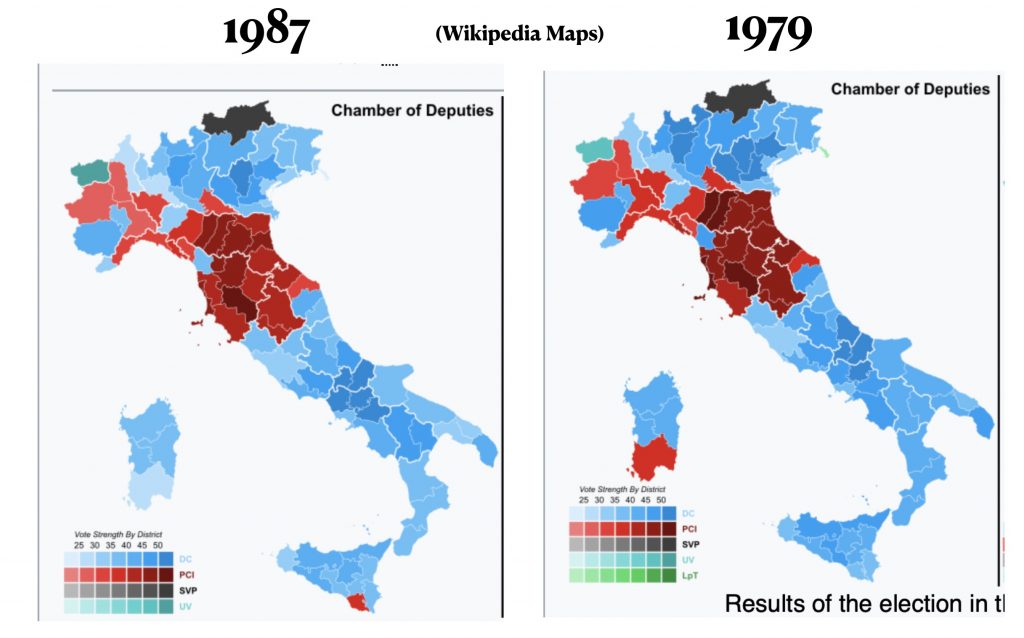 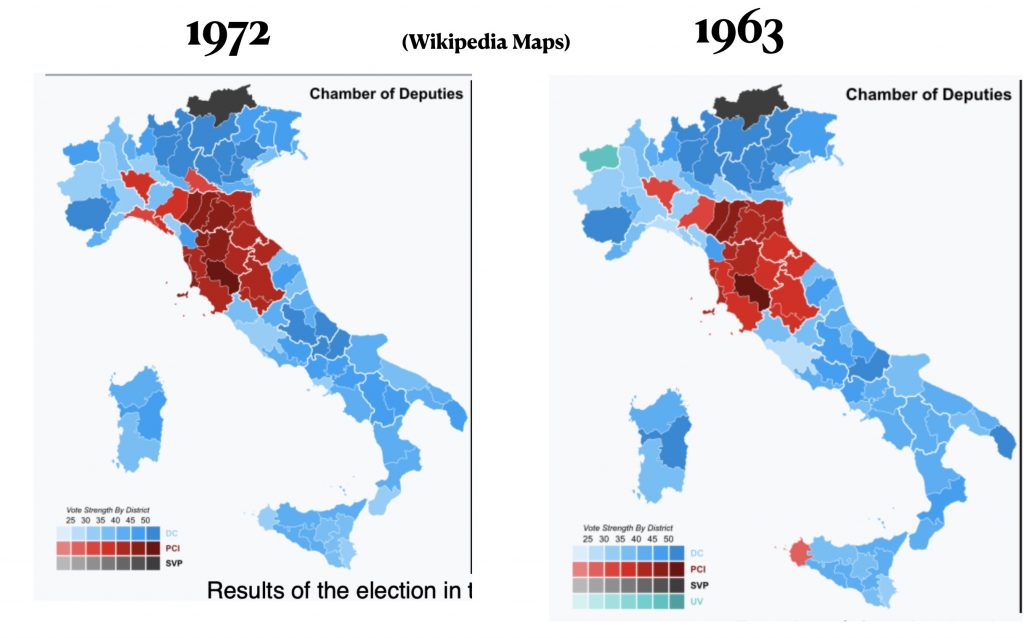 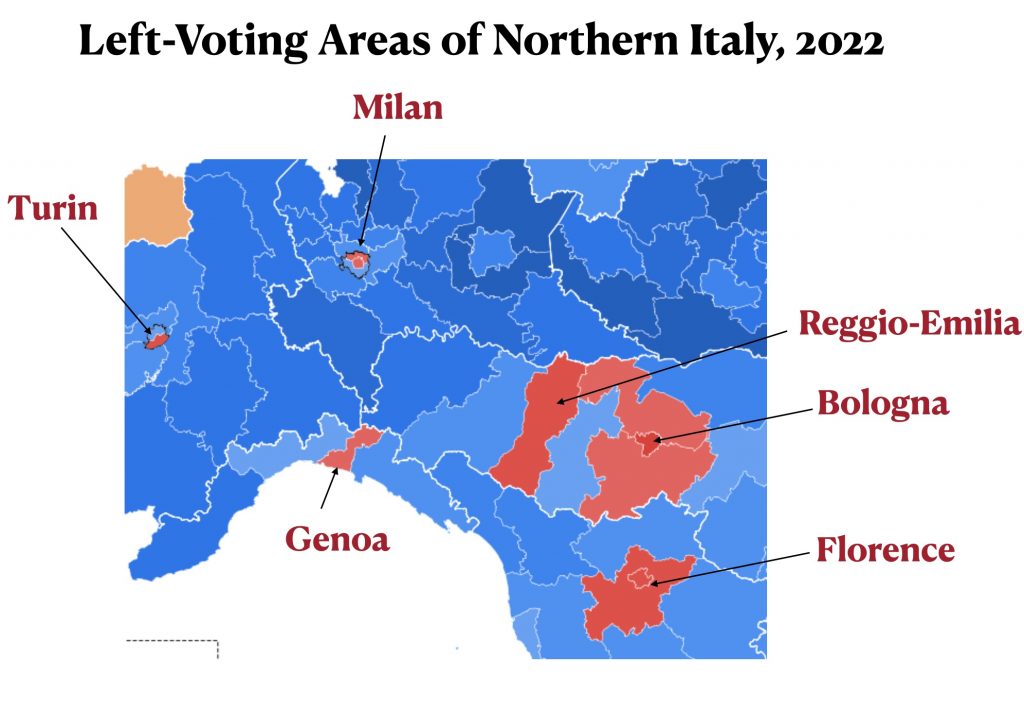 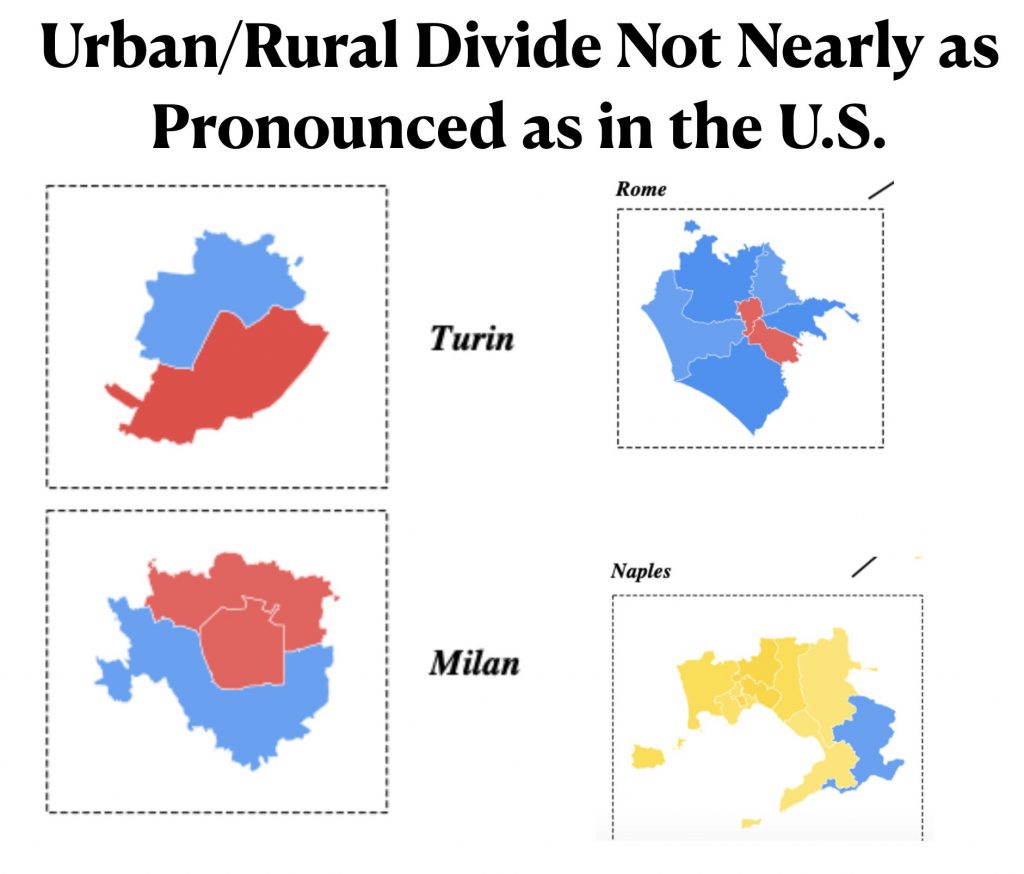 Equally significant is the fact that the Italian left is not nearly as leftist as it used to be. The leading member of the left coalition, the Democratic Party, has recently moved relatively close to the center. The only clearly leftist major party, the Greens and Left Alliance, took only 3.6 percent of the vote. The hard-left parties did worse, barely cracking one percent. The Italian Communist Party took a grand total of 0.09 percent of the vote. In contrast, in 1976 the Communist Party took roughly 35 percent of the Italian vote, with the Socialist Party taking another ten percent. At the time, Italy’s “Eurocommunist” movement had dropped many of its extremist positions, but on basic economic issues it was still vastly more leftist than Italy’s current left alliance. The times have indeed changed, but not in the way that many had expected. 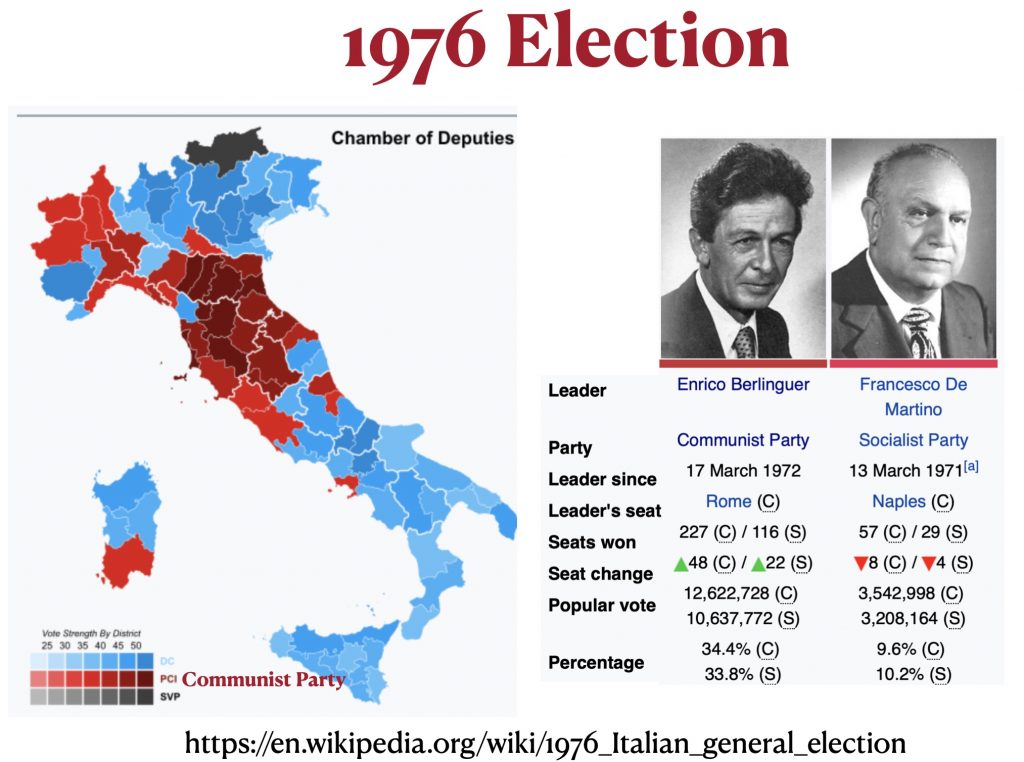