Many maps of the current Iran protest movement have been published and posted, showing both cumulative and daily events. Although such maps are highly useful, the patterns that they indicate are not easily discerned. Protests have been happening in so many places that a map of their occurrences approximates a population density map of the country (see the excellent population density map by Michael Izady posted below). Close analysis, however, shows a distinct concentration of protests in the historically Kurdish region in northwestern Iran (see especially first map posted below). This is no surprise. Mahsa Amini was herself Kurdish, and Iran’s Kurdish population has long been noted for its relatively liberal and anti-regime sentiments. 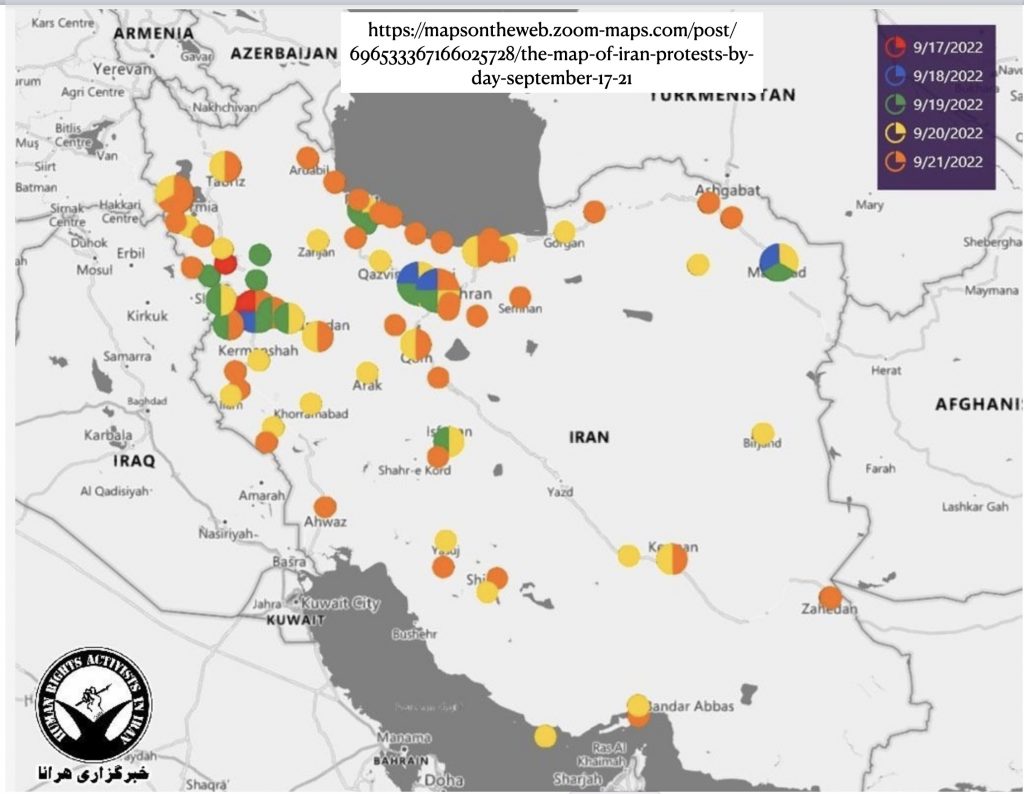 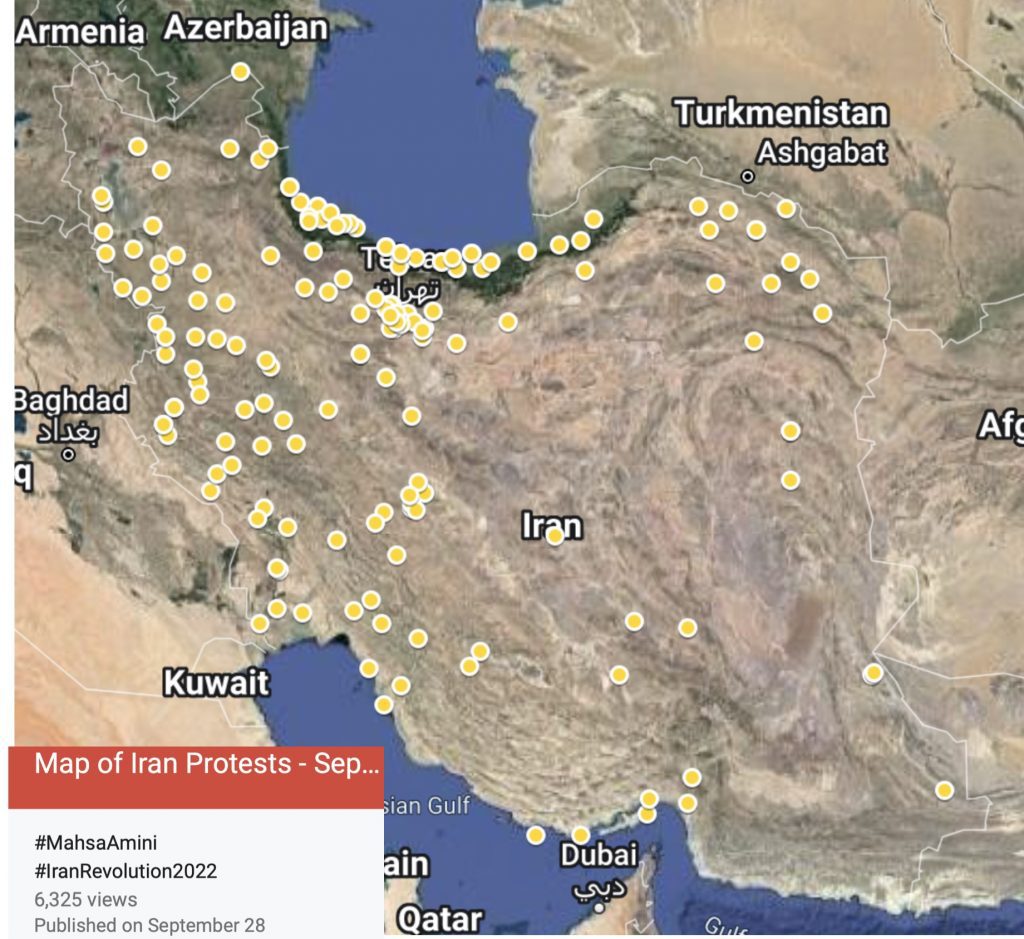 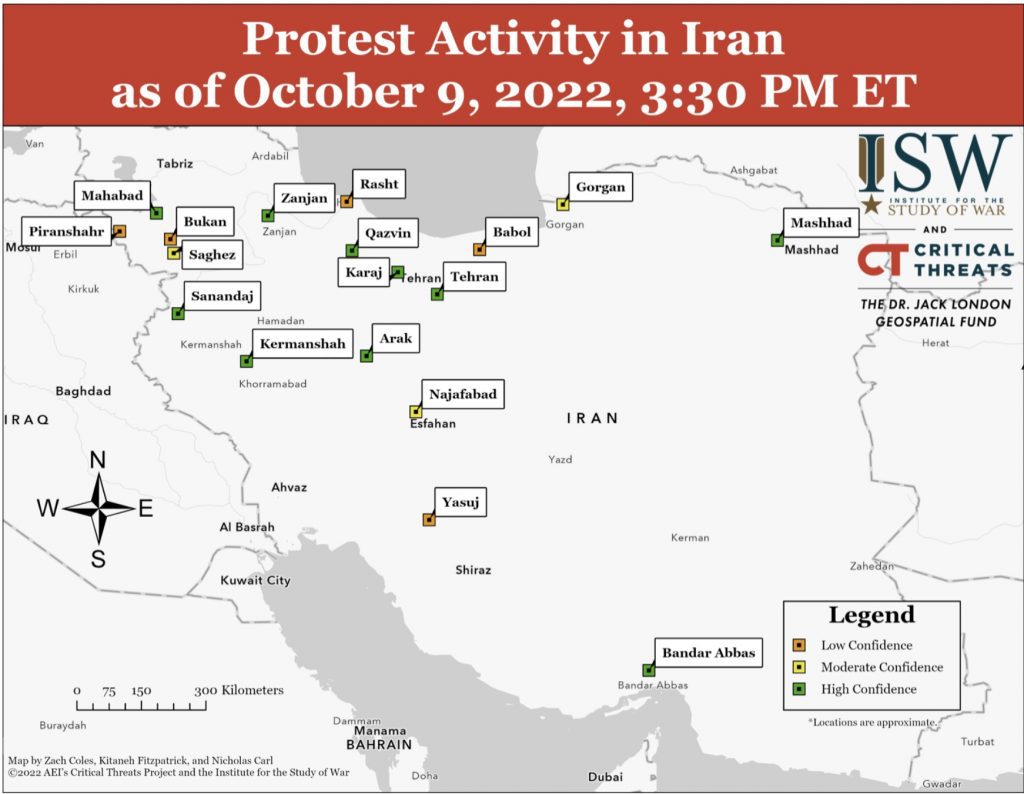 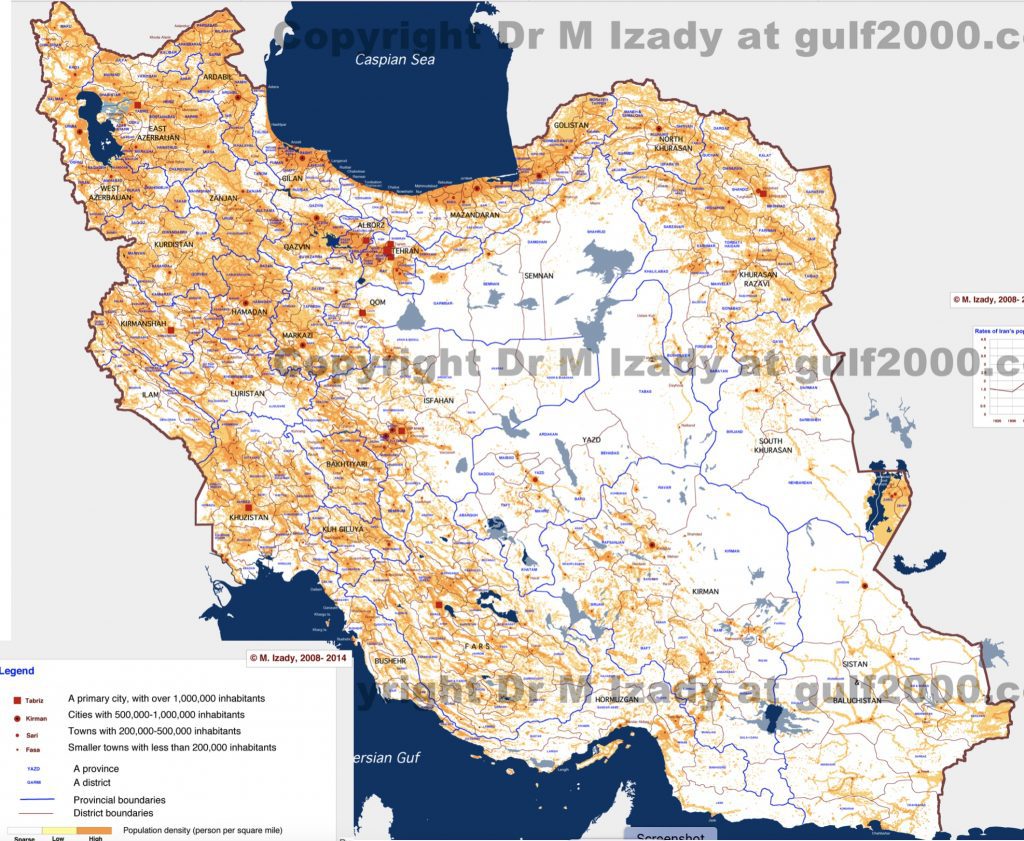 Protests have been relatively sparse, however, in North Khorasan province in northeastern Iran, which is almost half Kurdish. North Khorasan is not part of historical Kurdistan; Kurds were deported from their homeland to this region in the early modern period by Safavid shahs who wanted their help in protecting their empire against Turkmen and Uzbek pastoral peoples from Central Asia. Evidently, pro-Kurdish and anti-regime sentiments are much less pronounced here than they are in the solidly Kurdish regions of the northwest. Population distribution probably plays a role. Although many of the Kurds in North Khorasan live in Kurdish villages, the province’s cities are ethnically mixed, counting many Farsi-speakers and Turkmens. This mixing has perhaps diminished ethnic identity among the region’s urban Kurds. 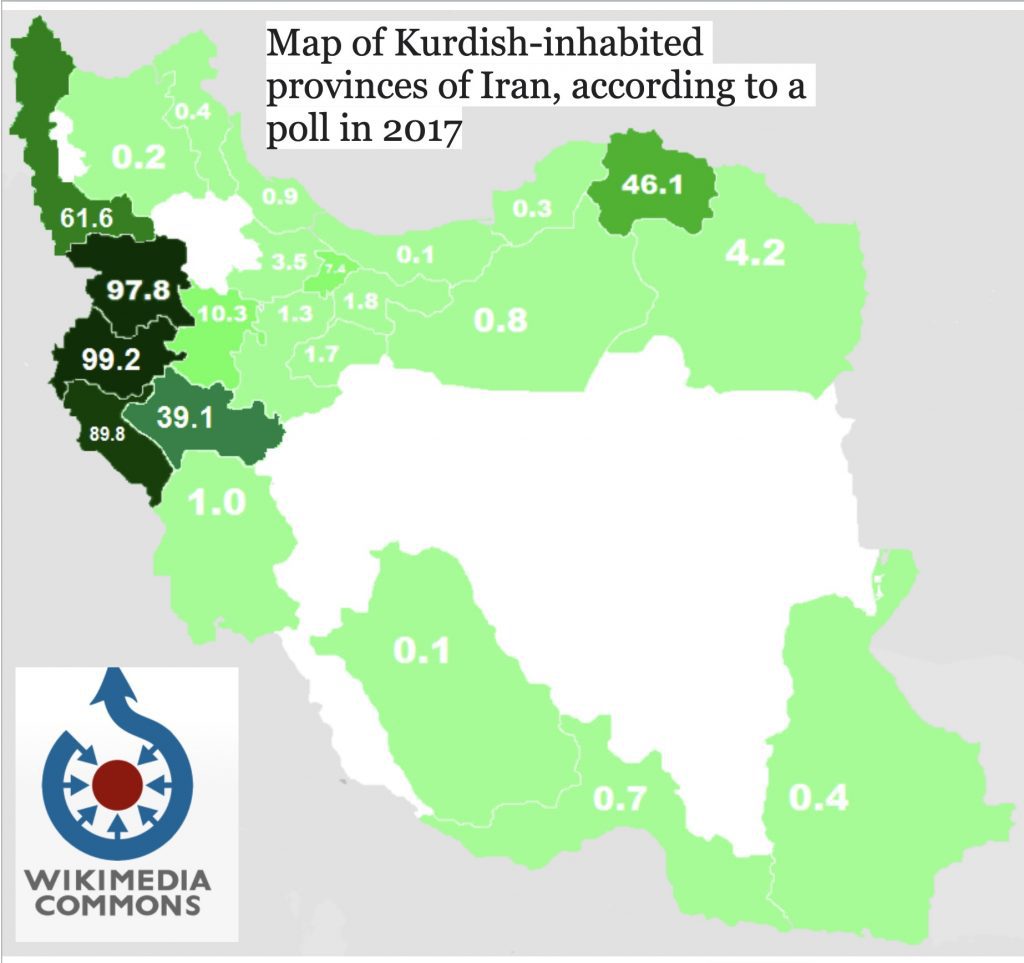 Electoral returns, however, indicate that deeper factors are at play. North Khorasan, like most of the rest of northeastern Iran, is a conservative area that gives most of its votes to hardline, pro-regime candidates. Reformist candidates would not do so poorly in this province if they received widespread support from the local Kurdish population. Posted below are three Wikipedia maps of relative fair Iranian presidential elections, all of which show moderate/reformist candidates winning in the historically Kurdish northwest yet doing poorly in heavily Kurdish North Khorasan. The 2001 map, which shows vote percentages at the district level, best illustrates this pattern. As can be seen, the most heavily Kurdish areas of the northwest gave more than 84 percent of their votes to Mohammad Khatami, the incumbent champion of relatively free expression, civil society, and a “dialogue among civilizations.” North Khorasan, however, gave Khatami fewer than 39 percent of its votes. Intriguingly, nearby areas to the south and east, with much smaller Kurdish populations, gave Khatami a significantly larger share of their votes. 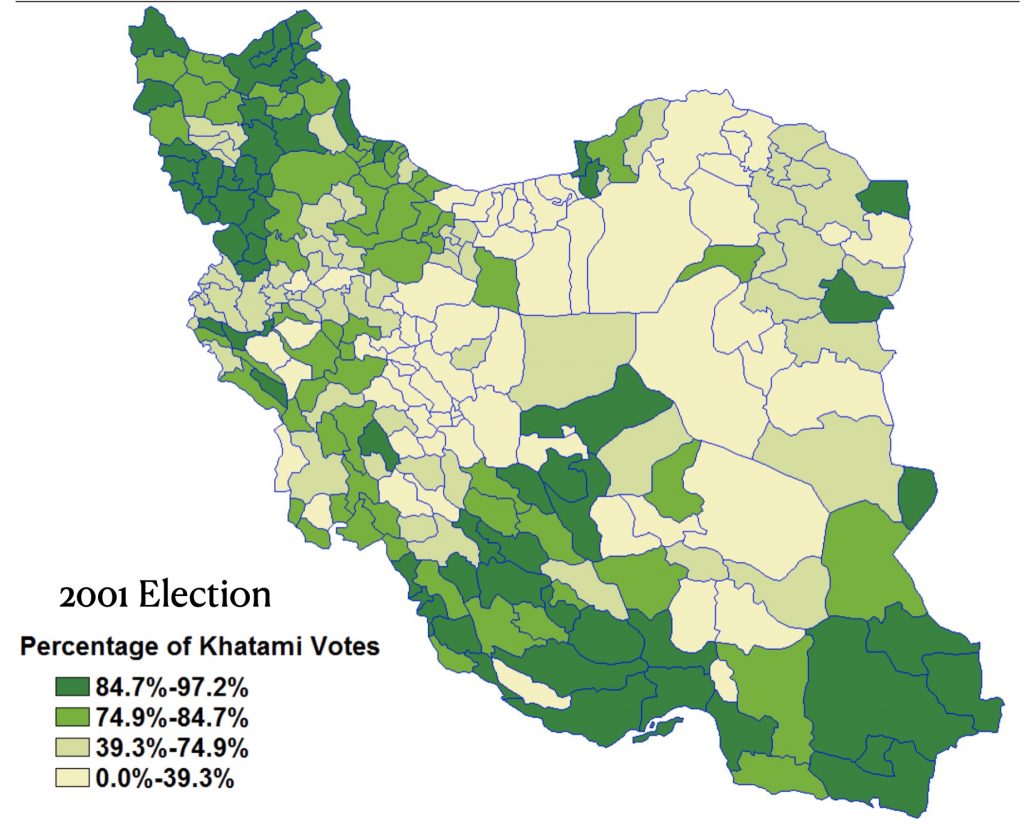 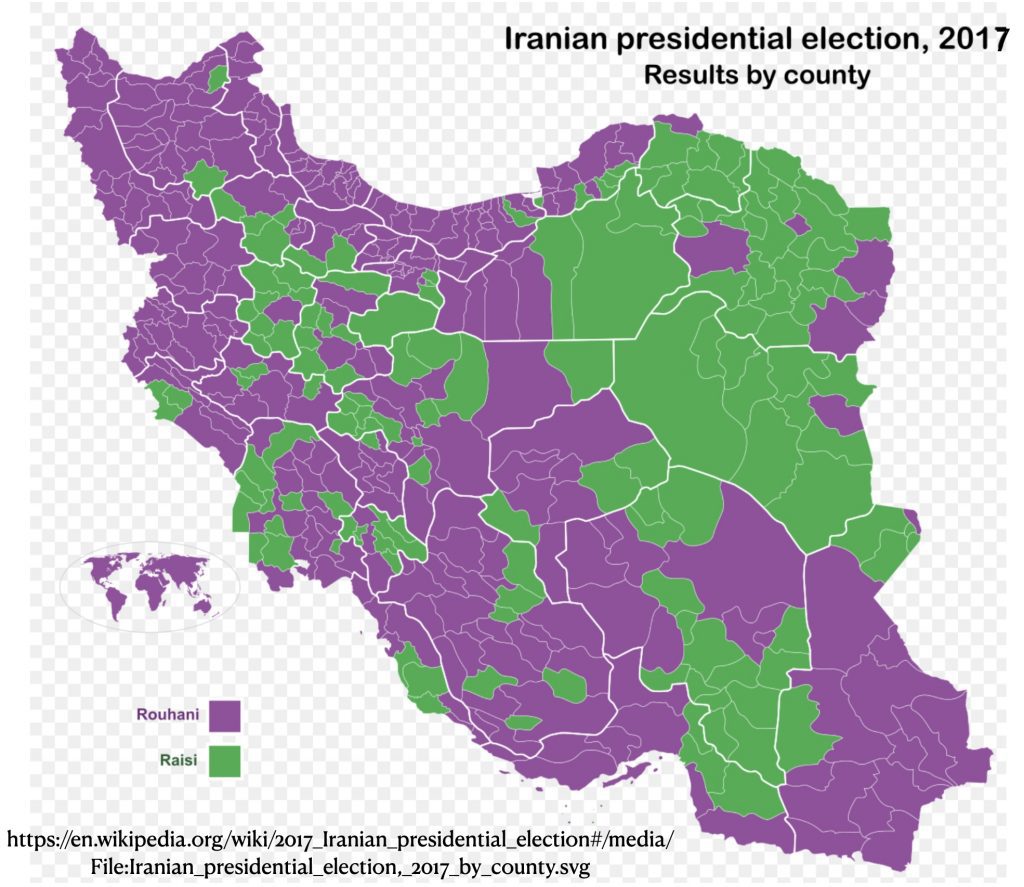 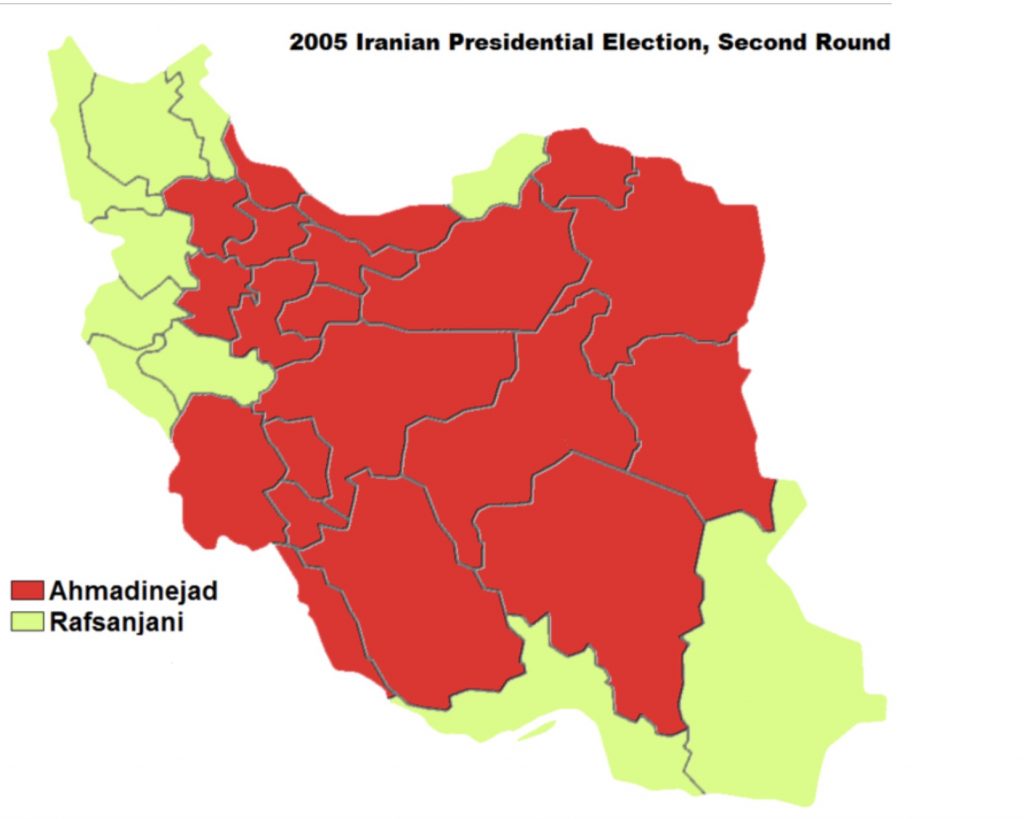