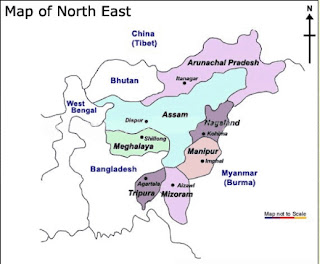 On January 19, 2010, a grenade attack near the Manipur Police Chief’s residence in northeastern India critically injured three people. No one has yet claimed responsibility, and it would be risky to venture a guess, since for sheer diversity of insurgent groups it is hard to beat northeastern India. This remote and little-known area is divided into seven states. According to the website South Asian Terrorism Portal, the state of Manipur has 15 active or proscribed “terrorist/insurgent groups” (as well as 25 inactive organizations), while nearby Assam has 11, Meghalaya four, Nagaland and Tripura three each, and Mizoram two. No such groups are listed for Arunachal Pradesh, but it too has seen insurgent violence in recent years – and it is claimed in its entirety by China, greatly complicating Indo-Chinese relations. Insurgent groups in northeastern India have a strong tendency to divide and proliferate. The Kuki people of Manipur, for example, are “represented” by the Kuki Liberation Army, the Kuki National Army, the Kuki Liberation Front, and the United Kuki Liberation Front – with another nine Kuki insurgent groups currently listed as inactive. 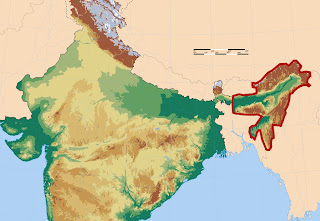 Historically speaking, the uplands of northeastern India have closer cultural affiliations with Southeast Asia than with South Asia. They belong to India only because British imperial agents were determined to secure the vulnerable borderlands of their Indian empire. Local peoples tend to resent Indian authority, as well as the authority of the larger local ethnic groups that dominate the region’s seven states.

In most parts of the region violence has receded in recent years. Whereas Nagaland saw 154 insurgency-related deaths in 2007, the 2009 total was only 17; in Meghalaya, the death count dropped from 79 in 2003 to just 4 in 2009. Only in Manipur and Assam have body counts remained high (369 and 371, respectively, last year). Due to the lessened violence, India has recently opened parts of the northeast to tourism. For those interested in visiting the area, Northeast India Diary (http://www.northeastindiadiary.com/meghalaya-travel/wildlife-in-meghalaya.html) provides information on local attractions. On a trip to Meghalaya’s Balpakram National Park, it claims, one might see “elephants, wild buffaloes, gaur (Indian bison), sambar, barking deer, wild boar, slow loris, capped langur as well as predators such as tigers, leopards, clouded leopards and the rare golden cat.”

In Nagaland and Mizoram, some observers attribute the recent decline in fighting to peacemaking efforts by local church organizations. Owing to successful missionary activities during the colonial period, both states are now strongly Christian: more than 75 percent of the population of Nagaland is Baptist, whereas Mizoram is more than 90 percent Christian (mostly Presbyterian). Missionary schooling has led to high levels of education. Mizoram boasts India’s second highest literacy rate (91%), trailing only Kerala. Education, however, has not led to economic prosperity. Lack of infrastructure and insecurity are the major problems, but so too are the famines that occur every few decades after the synchronous flowering and then death of the state’s massive bamboo groves. When the bamboo flowers and seeds, rodent and insect populations explode; when the plants subsequently perish, rats and bugs invade fields and granaries. The most recent such famines occurred in 2006-2007.

The decline in violence in northeastern India is quite in contrast to the situation in east-central India, where a Maoist insurgency is gaining in strength. But that is a topic for a later post.