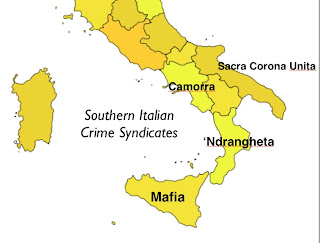 On January 10, 2009, the front page of the New York Times carried an article entitled “Race Riots Grip Italian Town and Mafia Is Suspect.” In two days of violence, 53 people were injured, including 18 members of the police, 14 local residents, and 21 immigrants. Most of the immigrants involved in the riots were sub-Saharan Africans recruited to pick fruit in the citrus groves of Calabria, the “toe” of Italy. Working conditions in the orchards are reported to be dismal, with immigrants often being cheated out of their meager wages. Many locals resent the migrants, although the local economy has come to depend on their labor. According to the Wikipedia article on the incident, “Attacks against the migrant workers included setting up a roadblock and hunting down stray Africans in the streets of Rosarno. Some of the crop-pickers were shot; others beaten with metal bars or wooden clubs.” As the casualty figure show, however, violence occurred on both sides of the divide; migrants burned cars, smashed windows, and threw stones at townspeople. As the fighting subsided, more than 1,000 African workers were shipped off to detention centers elsewhere in southern Italy. On January 12, the United Nations expressed deep concern about racism in Italy, while the Italian government began investigating the incident. 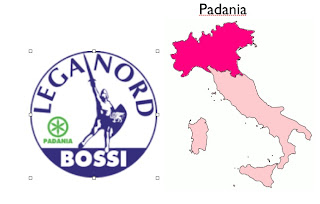 Immigration tension is common through much of Europe, but the situation in Calabria seems to be especially severe due to the role of organized crime. Crime syndicates control much of the region’s economy, including the fruit industry, and they have engaged in particularly brutal and deceitful “labor management” practices. The Times headline errs, however, in pointing its finger at the “Mafia.” Strictly speaking, the Mafia is a Sicilian group; the crime syndicate that runs much of Calabria is the ‘Ndrangheta. As the map shows, one finds distinctive criminal organizations in different regions of southern Italy.

Organized crime is of much greater geographical significance than this one example would indicate, both in Italy and in the world as a whole. According to an October 23, 2007 New York Times article, organized crime is now the largest sector of the Italian economy, accounting for some seven percent of the country’s total economic production. The prevalence of such activity in the south is one of the reasons why the Italian political party called the Lega Nord (“Northern League”) wants autonomy if not actual independence for northern Italy, a region that it calls Padania (see map). (The Lega Nord is also known for its stridently anti-immigrant views. One prominent party spokesman argued that the recent rioting in Calabria resulted from “too much tolerance” of migrant populations.)

Organized crime, of course, is hardly limited to southern Italy. As Misha Glenny shows in his powerful book McMafia: A Journey through the Global Criminal Underworld (Knopf 2008), its presence is nearly ubiquitous. An essential website on the topic, Havocscope Black Markets (http://www.havocscope.com/) values the global illicit market at over one trillion dollars. Yet such figures are routinely excluded from our economic calculations. When we measure a given country’s GDP, we usually look not at the “total value of goods and services produced ” — despite what we tell ourselves we are doing — but rather at the total valuation that is accessible to that country’s government. We tend to think of “crime” as one category and “economy” as another, downplaying the substantial overlap. Such myopia stems in part from our tendency to exaggerate the power of the state, seeing those aspects of life that escape state control as somehow aberrant and temporary.

The disconnection between licit and illicit economic activities is abundantly demonstrated in the CIA World Factbook. Consider its listing of Colombia’s main exports: “petroleum, coffee, coal, nickel, emeralds, apparel, bananas, cut flowers.” There is no mention here, or anywhere else in the CIA’s “Colombia economy” report, of cocaine or of any other illegal products. Can one actually understand Colombia’s economy without delving into such matters?I don’t think so.