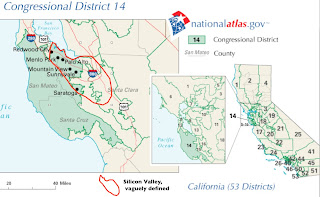 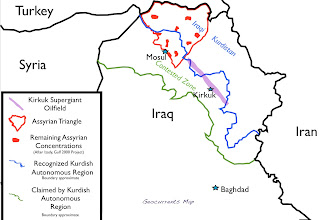 In looking over the sample ballot for the 2010 November election, my mind turned to the Assyrians as I came to the name of Anna Eshoo, their champion in the U.S. Congress. By “Assyrians” I mean not the ancient empire-builders, but rather the modern community, several million strong globally, that claims to be their descendents. The main Christian group of Iraq and neighboring countries, the Assyrians have suffered grievously of late. In 2005, Eshoo authored an amendment to the Foreign Relations Authorization Act requesting that, “special attention should be paid to the welfare of Chaldo-Assyrians and other indigenous Christians in Iraq.” Of Assyrian (and Armenian) background herself, Eshoo is better known in Congress for advocating Silicon Valley interests, as befits the representative of California’s 14th district, home to such firms as Google, Hewlett Packard, and Facebook.

Eshoo has had scant company in upholding Assyrian rights. The community is almost unknown in the United States; out of a class of 181 Stanford University students polled this morning, no one could identify the group. The general plight of the Christian population of Iraq may be more widely recognized, but hardly any of my students were aware of the issue, one that is considered pressing by few pundits or politicians. Yet the magnitude of anti-Christian violence and ethnic cleansing in Iraq is considerable. Since 2003, more than forty-six Assyrian churches and monasteries have been bombed, several priests have been beheaded, and entire communities have been displaced. In January 2010 alone, 12,000 Christians in the northern city of Mosul were forced out of their homes. As reported recently in Deutsche Welle:

The Christian minority in Iraq has been reduced to a shadow of its former self …. Up to two-thirds of the pre-war community has been displaced or forced to flee the country… There’s a real possibility that 2,000 years of settlement by Christian communities in Iraq is in danger of near-total extinction.

The Assyrians once received global attention. Their cause was fairly well known in the early 20th century, when an estimated 500,000 to 750,000 members of their community were slaughtered by Ottoman and Ottoman-allied forces during World War I, in a series of events known as the Sayfo, or Assyrian Genocide.* Renewed massacres of Assyrians in the early 1930s led Raphael Lemkin to begin thinking about the mass extermination of entire peoples; he later coined the term “genocide” to describe such processes. But over time the memory of the assaults receded from view, and the more extensive massacres of Armenians during the same period came to overshadow those of the Assyrians. But the repeated attacks devastated the community, as large numbers of people had to seek refuge in other lands. Deprived of their homeland, the Assyrians, unlike the Armenians, lost their place on the map. Even in their core territory, the so-called Assyrian Triangle in what is now northern Iraq, Christians were reduced to a clearly minority status. Before long they were largely forgotten by the outside world.

The Assyrians are a distinctive people not just in the religious sense. In their scattered communities in Iraq, Iran, and Syria, many if not most continue to speak Aramaic dialects – Aramaic having been a lingua franca of the ancient Near East, perhaps best known as the mother-tongue of Jesus. The modern Neo-Aramaic of the Assyrians has evolved far from the old language, but the relationship remains obvious. Both language and religion, however, divide as well as unite the indigenous Christians of the region. Neo-Aramaic itself is split into three dialects that some linguists classify as separate languages. Five separate Christian sects, moreover, are found within the larger community, two of which fall under the umbrella of Roman Catholicism (the Chaldean Catholic Church and the Syriac Catholic Church), and three of which are independent (the Assyrian Church of the East, the Ancient Church of the East, and the Syriac Orthodox Church). Not all of these groups are always classified as Assyrian, hence the use of such terms as “Chaldo-Assyrian.” But under intense persecution, Christians in northern Iraq today tend to stress their commonalities, not their differences.

Considering the magnitude of the Assyrian crisis, its escape from general notice is remarkable. One reason is probably that of limited public attention. The media, it often seems, regard the three-fold division of Iraq among the Sunni Arabs, Shiite Arabs, and Sunni Kurds as complex enough, as if extended discussion of smaller groups would generate information overload. A weariness of world horrors – “humanitarian disaster fatigue ” – might also play a role. Short-lived natural disasters, even if inconsequential, garner mass attention, but more slowly unfolding and more intractable human-caused calamities seem too depressing and lack dramatic appeal. As a result, horrific campaigns of ethnic cleansing, such as those faced by the Rohingyas, a Muslim people of western Burma, proceed with little outside notice (discussed in Geocurrents on January 2, 2010).

I suspect, however, that another dynamic applies in the case of the Assyrians, a group too large and historically significant to be so easily relegated into obscurity. It would also seem that the United States and its allies have a special responsibility both to acknowledge and to address the issue, as the current assaults on the Assyrians are an indirect result of the invasion of Iraq in 2003. But therein, I think, lies the rub. In the United States, conservatives may be reluctant to pay much attention to the issue because doing so highlights the unsuccessful nature of the Iraqi regime-change gambit, putting blame for a humanitarian disaster in part on their own shoulders. Liberals, I suspect, turn a blind eye to the Assyrian predicament because they do not want to draw additional attention to the actions of Muslim extremists, fearing that doing so would intensify an anti-Islamic backlash in the West, and thus enhance the power of the right-wing. Meanwhile, the carnage continues. On October 31, 2010, fifty-two people were killed after militants with suspected ties to Al Qaeda attacked a Chaldean Catholic Church in Baghdad.

Geocurrents will continue examining the Assyrian community and its plight through this week, with the next post focusing on the complex relations among the Assyrians, the Syrians, and the Kurds.

*Controversy persists as to whether the early 20th century attacks on the Assyrians constituted an episode of genocide; I follow the International Association of Genocide Scholars (IAGS), which in 2007 passed a resolution declaring that the term is indeed appropriate.