Neighborhood Scout, mentioned in a previous post, offers a wealth of local real estate-related maps about the United States. Subscriptions to the website are meant for prospective homebuyers looking for detailed neighborhood statistics, but the free version provides general users with quick indicators of social and economic development in the U.S. The website shows that even nearby locales can differ drastically in crime and education, as well as that the locations of otherwise less desirable neighborhoods can greatly raise their property values. 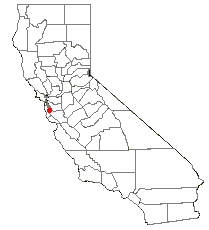 For example, relatively poor East Palo Alto contrasts sharply with the surrounding towns in Silicon Valley. On the public education map, the town stands out in light blue against its more darkly colored neighbors, as its schools apparently score much lower on the website’s education formula. East Palo Alto also has more crime, though the difference is not as sharp. Both factors make the town’s home values much lower than those of others in the area. Compare its median house value of $550,399 with those of Palo Alto ($1,386,451), Atherton ($1,809,723), and Mountain View ($952,899).

Still, the average house in East Palo Alto is worth significantly more than the average in California or the United States, putting the town in one of the highest median house value categories on the map. For example, the numbers for Dorris, in remote Siskiyou County, and Death Valley, both in the lowest category, are $104,246 and $53,623, respectively. Though the map’s coloring belies the great disparity between East Palo Alto and its neighbors, it also shows how much value the town’s Silicon Valley location adds to its houses. 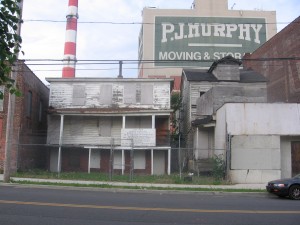 Neighborhood Scout’s maps also reveal striking differences among the towns and cities of Connecticut, which has some of America’s most affluent suburbs, as well as its poorest and most crime-ridden cities. Fairfield, one of the most prosperous counties in the United States, has many wealthy towns with highly rated public schools. Yet, it also includes the relatively poor city of Bridgeport, which several decades ago saw a sharp decline in its once thriving manufacturing. Both the maps of overall house value and education show a great contrast between the city and nearby towns. An examination of its neighborhood maps reveals that even Bridgeport has great internal disparities. The city’s richer areas, on the border of the relatively wealthy towns of Fairfield and Trumbull, appear to have vastly better schools and lower crime rates than its poorest parts. 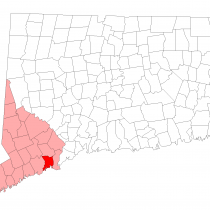 Just like East Palo Alto’s location in Silicon Valley, southern Connecticut’s proximity to New York City greatly increases its property values. For example, the median house values in Stamford and Monroe, both in the highest categories, are $639,560 and $471,397, respectively. Compare Stamford and Monroe’s numbers with those of Darien and Weston, which both have house values well over $1,000,000 and are also in the highest category. The short commute to New York makes otherwise less desirable locales highly attractive.

Unfortunately, the free version of Neighborhood Scout restricts access to much of its data and does not allow for side-by-side comparisons of towns at the neighborhood level. Nevertheless, the website offers convenient and highly geographically detailed information about education, crime, and property values.