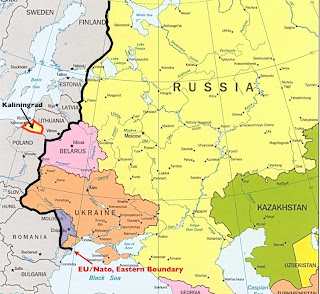 In the last weekend of January, 2010, massive protests erupted in the Russian city of Kaliningrad, unnerving the country’s political establishment. Despite bitter weather, an estimated 10,000 people took to the streets to denounce both the local governor and Prime Minister Vladimir Putin, ostensibly for raising utility prices and transport taxes during a time of economic crisis. They also demanded the direct election of regional governors, who have been appointed by the central government since 2004. Unlike most Russian protests, riot police did not intervene to shut things down.

The significance of the event stemmed not just from its size but from the coalition of forces that banded together. Organized by a local non-partisan rights groups, the protest was supported not only by liberal activists associated with Russia’s new Solidarity movement, but also by unreconstructed communists and hard-core nationalists. The latter were represented primarily by members of the Liberal Democratic Party of Russia. Despite its name, the LDPR is an anti-liberal party that supports the extension of capital punishment, the abolition of “non-traditional religious sects,” and state ownership of strategic economic sectors. Nonetheless, these disparate groups agreed on one thing: United Russia, the country’s dominant party, was exploiting their differences to retain its grip on power. 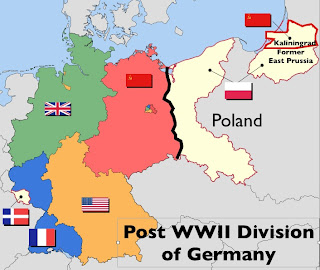 The size and scope of Kaliningrad’s protest movement is linked to the region’s unique geographical position. Kaliningrad is a Russian exclave, separated from the rest of the country by several hundred miles, its territory bracketed by Poland and Lithuania – both members of NATO and the European Union. Such isolation hindered efforts by the Russian security apparatus to to control the demonstration once it had been ignited. Kaliningrad’s proximity to central Europe also enhanced the spread of anti-establishment political views. People here can easily visit Poland and Lithuania, democratic and relatively prosperous countries. Protest organizer Maksim Doroshok highlighted the Polish connection: “We see that in neighbouring Poland, where they brought in reforms, where there is democracy, it’s cheaper, people earn more, civic bodies function better. Why should we be any worse? Our region is the most European in the whole [Russian] federation because we know Europe and we know how to fight for our rights… There is a different spirit at rule here. There is a wind blowing from … Gdansk.” (Gdansk was the birthplace of the Polish Solidarity movement that helped bring down the communist system; see “Russian Protest Inspired by EU Neighbours,” by Andrew Rettman, http://euobserver.com/9/29378 .)

Russia acquired its Kaliningrad exclave at the end of World War II. It had previously been the northern half of East Prussia, a German-speaking region for some 800 years. In the post-war settlement, Germany was stripped of its eastern territories and their German residents were expelled westward in a convulsion of ethnic cleansing. Most of these lands were awarded to Poland, in compensation for the Soviet Union’s simultaneous annexation of Poland’s eastern regions. Northern East Prussia, however, with its port facilities well suited for a naval base, was appropriated by the Soviet Union. Soviet authorities awarded the new land directly to Russia, the largest of the so-called Soviet Union Republics. As Germans were driven out, Russians moved in, effecting almost complete ethnic replacement. Today the only real German presence in Kaliningrad derives from tourists, many of them elders eager to catch one last glimpse of their birthplace.

The downfall of the Soviet Union in 1991 caused an economic crisis in the newly cut-off region of Kaliningrad. Russian authorities responded by creating a special economic zone in 1996, turning Kaliningrad into a hub for the assembly and distribution of televisions, electronics, and automobiles for the Russian market. Such policies proved generally successful until the economic crisis of 2008, which resulted in huge job loses in Kaliningrad—and led to increased pubic discontent.

As we have seen in Angola’s Cabinda, exclaves often present particular problems for central governmental control, and government weakness in turn can generate demands for secession. In the 1990s, when Russia was weak, some local leaders called for Kaliningrad’s independence, hoping that it could become a fourth Baltic republic. Such dreams are now infeasible; an increasingly muscular Russia would not contemplate letting such a valuable territory go. But Kaliningrad does continue to generate opposition to the Russian government, giving Putin and company a significant cause for concern.