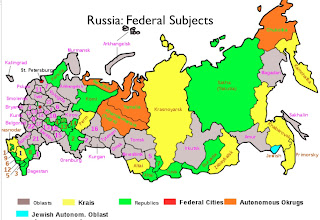 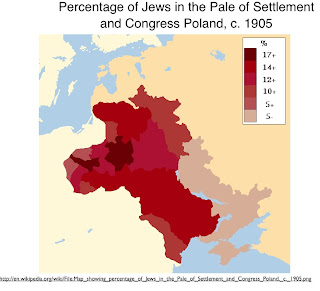 In twenty years of university teaching I have discovered a few features of global geography that consistently flummox students, contradicting their preconceptions about how the world works. Russian nationality is one. How could it be possible for Russian-speaking Jews, born in Russia and descended from the Russian-born, not to be considered Russian by other Russians or the Russian state? By the same token, Russian Jewish immigrants to the United States are often surprised to find that Americans automatically classify them as Russian. They weren’t Russian in Russia, but they become Russian once they leave? How could that be?

Such confusion arises from the way Americans erroneously globalize the nation-state model. Just as all American citizens are Americans and all French citizens are French, all citizens of Russia must be Russians. What else could they be? But not all countries are nation-states. Many claim the status yet fall far from the ideal; others firmly reject it. Russia is in the latter category.

As laid out in the first article of its constitution, Russia is also known as the Russian Federation, the two terms being “equal.” A federation, strictly speaking, is not a nation-state; its constituent geographical entities and peoples remain officially distinct. This multinational state characteristic is spelled out clearly in Article Three of the Russian constitution, which states: “The bearer of sovereignty and the only source of power in the Russian Federation shall be its multinational people.”

The multinational character of modern Russia is rooted in its imperial past. Like most other empires, that of the czars was based on what Jane Burbank and Frederick Cooper call the “politics of difference”; imperial rulers emphasized distinctions among their subject peoples, both legally and institutionally. When the Russian Empire yielded to the Soviet Union, adjustments had to be made, as the imperial ideal was discredited with the revolution. In Lenin’s vision, the various peoples of the country would eventually merge into a single Soviet nationality, itself a way-station on the road to a nationless future. For the short term, however, Lenin insisted on accommodation with non-Russian peoples, providing them with a measure of autonomy. The result was an intricate system of political divisions within the Soviet Union, with a hierarchy of nationally distinct autonomous areas. At the top were the union republics (which gained independence in 1991); in the middle were the many internal republics of the union republics; and at the bottom were relatively small autonomous regions. As a self-declared multinational union, the Soviet Union sought membership for each of its union republics in the United Nations. Despite its name, however, the United Nations was not a union of nations, but rather one of sovereign states. Still, a compromise was reached that allowed Ukraine and Belarus*—the least nationally distinctive Soviet Republics—to join the U.N. as original members on October 24, 1945, while the other Soviet Socialist Republics were represented collectively by the Soviet Union.

After the USSR collapsed in 1991, Russia itself remained a complexly multinational state. It current first-order territorial divisions are the so-called federal subjects, numbering eighty-three. Forty-six of these are standard Russian oblasts, nine are former frontier Krais (territories), two are federal cities (Moscow and St. Petersburg), twenty-one are republics, four are autonomous okrugs, and one is an autonomous oblast. “Federation” is probably not the best word to describe the Russian union, as it implies a joining together on relatively equal terms, whereas Moscow clearly dominates all of Russia’s federal subjects. (Russia’s internal structures will be explored in a later Geocurrents posting.)

The early Soviet authorities were unsure how to classify the Jewish population. Jews had always been considered a separate people from Russians, subject to disabilities and periodic pograms. But they could not be readily placed in Lenin’s tabulation of nations, as they did not have their own homeland—an essential criterion for nationhood. Stalin’s solution was to “grant” Soviet Jews their own national territory—as far away from their homes as possible. Under the Czars, Jews had been mostly restricted to the so-called Pale of Settlement in the far west, and the new Jewish autonomous area was to be in the far east, along the sparsely populated border with China.

The Jewish autonomous region experienced modest growth and development through the mid 1930s. Its nearly 18,000 Jews then constituted sixteen percent of the total population. The region’s current government boasts that Jewish settlers were enticed to migrate from “Argentina, Lithuania, France, Latvia, Germany, Belgium, the USA, Poland and even from Palestine.” Yiddish schools, publishing firms, and other institutions were established. In the late 1930s, however, Stalin began to purge Jews. Yiddish schools in the oblast were shuttered, and migration came to a virtual halt. But as Stalin’s anti-Semitism metastasized after World War II, plans were developed for wholesale Jewish relocation. Much evidence indicates that the Soviet government planned to deport virtually the entire population to the autonomous oblast and other remote regions, no doubt slaughtering a substantial number in the process. In all likelihood, Soviet Jewry was saved only by Stalin’s death in 1953.

The Jewish Autonomous Region itself survived both the demise of Stalin and the end of the Soviet Union. Today it is one of Russia’s 83 federal subjects, and its only autonomous oblast. The Jewish population, however, is no longer significant, numbering between 2,000 and 4,000 and constituting less than two percent of the oblast’s population. Still, Jewish institutions are maintained. A new synagogue was completed in 2004, and the region’s official website maintains that a small-scale Jewish cultural revival is underway. The website also boasts that “tourism in the Jewish Autonomous Region is constantly developed and improved. The number of tourists visiting our region … annually grows.” One cannot but wonder whether such claims are exaggerated.

Russia’s Jewish autonomous region does not occupy a prominent position in the public imagination. Opponents of Israel, however, occasionally mention it as an alternative Jewish homeland. Just this week, an article in Tanzania’s The Citizen concluded by stating that “… the notion of an exclusive Israel dominating Palestine is becoming an impossibility too. Who knows, as that reality sinks into Israel consciousness, Jews will look at Birobidzmhan** with a fresh eye.” The claim is extraordinary. Jews have been abandoning Russia for some time, and for good reason. I suspect that most Jews would regard the autonomous oblast, to the extent that they know of it, as a place of Stalinist horror.

** The author is referring to Birobidzhan, capital of the autonomous oblast.