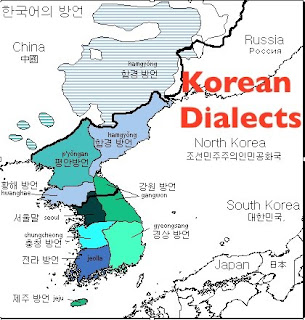 Both North and South Korea are among the most ethnically homogenous and strongly nationalist countries in the world, but that does not mean that they are nation-states, in the strict definition of the term. In an ideal nation-state, the state and the nation cover the same territory, but the land of the Korean nation is governed by not just two but three states: North Korea, South Korea, and China. The contiguous Korean culture area extends well beyond North Korea, encompassing more than two million Koreans living in northeastern China, the subject of tomorrow’s post.

The Wikipedia language map posted above also shows a tiny Korean zone in southeastern Russia, a remnant of what was once a large area. In the 1930s, roughly a quarter of the rural population in the Vladivostok region was ethnically Korean. By the end of the decade, the community had been scattered across Central Asia in the first of several Stalinist waves of mass deportation. An estimated 40,000 of the almost 200,000 deportees died in the process, but the community eventually adapted to its new environment and began to expand. Today their descendants number roughly half a million, with almost 200,000 in Uzbekistan and more than 100,000 in both Russia and Kazakhstan.

When Russia pushed its southeastern boundary into Chinese territory in 1860, it found only a few thousand Koreas living in the area. Korean migration accelerated over the next several decades, owing both to poverty and oppression at home and to opportunities in the resource-rich, sparsely populated Russian Far East. The migration stream intensified after the Japanese annexed Korea in 1910. By the 1920s, the community supported almost 400 Korean-language schools and seven Korean newspapers.

Soviet authorities initially viewed Koreans positively, favorably contrasting their position under Soviet rule with that under Japanese authority. Accommodation ended in the 1930s, as Stalin’s paranoia increasingly set Soviet policy. In 1937, fearing Japanese influence through Korean agents, the Soviet government opted for mass exile. The idea that local Koreans would have served the Japanese cause is ludicrous; in any struggle with Japan, the population would almost certainly have been a Soviet asset.

Koreans in Central Asia acculturated into the Russian-speaking culture of the Soviet Union, not to that of the Turkic-speaking peoples of the union republics. By the end of the Soviet period, Russian vied with Korean as the community’s main language. As tensions between immigrant and indigenous peoples mounted after independence in 1991, many Koreans followed other Russian speakers in moving to Russia. As a result, Russia now has more Koreans than does Kazakhstan.

The position of Koreans in Central Asia has improved markedly in recent years, propelled in part by Korean corporate expansion. Korean firms are attracted both by the markets and resources of Central Asia and by the presence of local Koreans, who can serve as cultural intermediaries. Thousands of Uzbekistani Koreans have also been recruited to work in South Korea; in 2005, their remittances reportedly injected $100,000,000 into Uzbekistan’s economy. The Korean image in Central Asia has also been enhanced by the wave of South Korean popular culture that has washed over the region, just as it has over much of the world. By 2005, Korean had reportedly become the second most popular foreign language among college students in Uzbekistan, trailing only English. As South Korea’s ambassador in Tashkent put it, “Young people in Uzbekistan dream of driving a Daewoo car, and watch Korean television shows on an LG TV set hooked up to a Samsung DVD player.” Since then, South Korea’s connection with Central Asia has strengthened. Korean firms, like those of China, are thirsty for the energy and mineral resources of the region, leading reporters and government officials alike to write about a “new Silk Road.”

Such developments could influence global geopolitics. As Professor Stephen Blank of the U.S. Army War College argued in March 2010, “The growing East Asian projects in and with Central Asia come at the expense of Russia, which has steadily sought to monopolize Central Asia’s international relations and serve as an interlocutor between those governments and the world. These projects highlight both Central Asia’s heightened ability to diversify its individual and collective foreign and foreign economic relations beyond Moscow and even Beijing.” If Blank’s thesis is correct, the decision by Soviet leaders to exile the Korean population to Central Asia is now helping to sap Russia’s influence in the region. Meanwhile, Russia’s Far East continues to lose population, leading to long-term concerns about Russian control over the area.