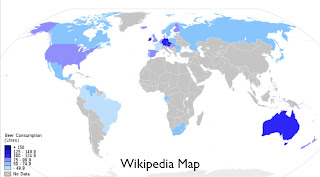 Nigeria and Cameroon may have their differences, but they share a passion for Guinness Stout. Guinness ships out unfermented wort extract from Dublin, but the beverage sold in Africa is brewed on the continent, and has been for decades. While Guinness sells strongly throughout West Africa, it is wildly popular in Nigeria and Cameroon. 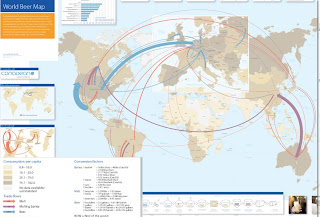 Nigeria consumes more Guinness than any country other than the United Kingdom, surpassing even Ireland. Nigerian Guinness is tailored to the local market. It is made from sorghum and corn (maize) rather than barley, and is bitterer, with a higher alcohol content, than the original product. Winning advertising campaigns have linked the dark brew to sexual potency. “I like Guinness,” a Nigerian man recently reported, “because it is bitter, it is good for you … and it gives you power, especially for sexual intercourse.”

Nigerian Guinness has been much criticized for the sexual innuendo of its ad campaigns. It is also attacked for its expense; many men exhaust their earnings on the two-dollar bottles. But Guinness Nigeria, a largely autonomous subsidiary of the global beverage giant Diageo, has plenty of defenders. They laud it for its corporate social responsibility, noting that it finances potable water projects and supports African athletics and cultural programs. They also note that Guinness Nigeria is currently expanding, unlike most local subsidiaries of foreign multinationals. As one article put it, “A success story like Guinness in Nigeria highlights the potential for trade and foreign investment in Africa that U.S. Secretary of State Hillary Clinton spoke about … when she addressed an African trade convention in Kenya.” 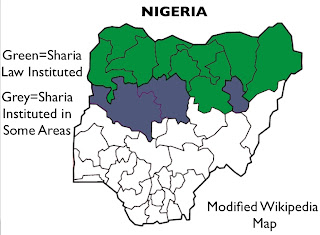 In Cameroon, as in Nigeria, the bitter beer is beloved. Stories of Guinness trucks venturing into Cameroonian outback over some of the world’s worst roads have an epic quality. Guinness Cameroon, a separate subsidiary, currently imports all of its grain, due to the “underdeveloped nature of Cameroonian agriculture.” The company is planning, however, to promote “smallholder farmer production of sorghum” to procure local supplies. If successful, the project will “provide support to approximately 4,000 North Cameroonian farming families, an estimated 24,000 persons.”

Northern Cameroon, like northern Nigeria, is a predominantly Muslim area, which is potentially problematic for any beer-related venture. Most of northern Nigeria is currently under Sharia (Islamic) law, forbidding the sale of alcoholic beverages to Muslim residents. Non-Muslims are supposedly exempt, but Islamic stalwarts seek complete prohibition. In early August 2010, tensions in the northern city of Kano came to a head when “over a dozen veiled female sharia police, called Hisbah, destroyed the beer bottles with sticks amid shouts of ‘Allahu Akbar’ (God is Great) on the outskirts of the northern city in a ceremony. The ceremony was attended by government officials as part of ‘efforts to rid the state of immorality.’” An estimate 80,000 bottles of beer were smashed.

The Wikipedia’s map of global per capita beer consumption, which notably highlights the Republic of Ireland and the Czech Republic, unfortunately leaves most of Africa blank. Rabobank’s more comprehensive map, reproduced above, does show relatively high levels of consumption in Cameroon as well as in southern Africa. All such global maps of beer consumption, however, underestimate Africa’s share, as a great deal of African beer is brewed at home or in tiny local breweries, escaping official notice.