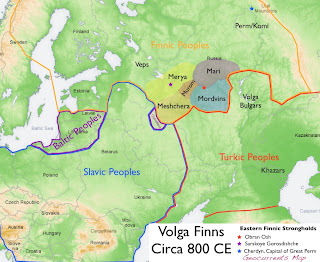 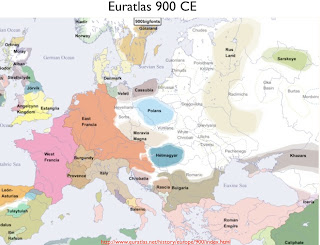 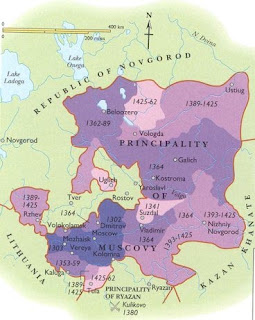 Hostility toward foreigners is a major problem in Russia today. Xenophobic attitudes are common across a broad segment of the population, and violent assaults by skinheads and self-styled neo-Nazis on individuals perceived as foreign are common. People from the Caucasus region, stereotypically linked with organized crime and Islamic extremism, are often singled out; the dark hair and eyes associated with the region can be enough to provoke attack. Other groups are also targeted, leading many of the vulnerable to avoid subways and other places of frequent assault.

Some evidence indicates that such hostility has peaked and is now declining. According to one survey, only eighteen percent of Russians condemned the phrase “Russia is for Russians” in 2003, whereas thirty-two percent did so in 2009. To the amazement of many, a man of African heritage, Jean Sagbo, was elected to public office in a Russian town in 2010. But others find such optimism premature. On December 9, 2010, soccer fans in Moscow targeted migrants from the Caucasus, openly beating dozens of people in the streets. Russian security forces, concerned that such violence could jeopardize the country’s 2018 Soccer World Cup, soon rounded up more than a thousand suspected hooligans. Critics contend, however, that the Russian state maintains tight links with bands of xenophobic toughs.

While bigotry in contemporary Russia often focuses on migrants, many of its victims are deeply rooted in the land. In its more virulent guises, Russian chauvinism scorns all non-Russians, including the indigenous minorities of central European Russia. Although physically indistinguishable from Russians, the Volga Finns suffer their share of attacks. In 2005, a group of Mari musicians were set upon by skinheads in Yoshkar-Ola, capital of Mari El. As reported by the Information Center of Finno-Ugric Peoples:

The skinheads said they did not like songs performed in the Mari language, started offending the artists, and hit some of them. A new attack followed when other artists and organizers of the concert walked home along a parkway. And all of them, including women, were beaten unmercifully by a group of thirty Russian skinheads.

According to the report, the extremist group responsible for the assault received support from the Mari El president, an ethnic Russian from Moscow. His regime, opponents claim, “has been marked by a chain of assaults, murders and constant persecution of political and cultural figures of the local nationality, the Maris.”

Unlike many non-Russians, the Volga Finns have long had the option of “becoming Russian.” By doing so, of course, they lose their identity and threaten the future of their ethnic groups. But Finnic-speakers, whose lands once encompassed all of northern and eastern European Russia, have been acculturating into the Russian ethnos for more than 1,000 years. Some scholars think that the Russians themselves are descended as much from Finnic- as Slavic-speaking populations.

The origins of the Russian people and state, most agree, can be traced back to the 9th century CE, when Swedish Vikings began to push through the rivers of western European Russia, Belarus, and Ukraine, seeking opportunities to raid and trade in the Black Sea region of the Byzantine Empire. According to the conventional story, the Norse provided the initial leadership of the region’s emergent kingdom of Rus’, but they soon submerged into the dominant Slavic-speaking population that they ruled. It is now clear, however, that many Finnic-speakers were also incorporated into this state. According to the Estonian-American political scientist Rein Taagepera, “The Scandinavians provided the leaders and the name Rus’; the Slavic languages prevailed; and a major part of the genetic pool came from the Finnic tribes” (p. 46) (The “genetic pools” of the Finns, the Norse, and the Slavs, however, are much the same).

Another major infusion of Finnic peoples into the Russian ethnic formation came during the late 11th and early 12th centuries. By this time, the once-united Rus’ state had splintered into smaller principalities. After a powerful new confederation of Turkic-speaking nomads (the Cumans) moved into the southern grasslands, Russians began to relocate to the northeast, pushing into the upper Volga territories of Finnic-speaking Merya, Muroms, and Meshchera. Over the next several hundred years, these eastern Finns gradually disappeared, their populations merging into that of the Slavic-speaking Russians. In the 1300s and 1400s, this ethnically mixed upper Volga area emerged as the focus of a new Russian state that would eventually transform into the Russian Empire (see the maps posted above).

Unlike the Merya and Meshchera, the Finnic groups living further to the east—the Mari, the Mordvins, and the Urdmuts—were able to resist acculturation, maintaining their languages and ethnic identities to this day. But many of their villages and individuals did assimilate over the centuries, a process that the Russian government periodically pushed.

Repression of the Volga Finns lessened in the 1920s, and Lenin’s policy of limited autonomy for minority groups allowed a degree of secure cultural space. All of that was to change under Stalin, who feared—or claimed to fear—that “imperialistic” Finland was aiming to annex the lands of the eastern Finns.* As a result, he liquidated their leadership and intelligentsia. Conditions improved in the aftermath of Stalin’s death, but assimilation continued. As Robert Kaiser showed, “linguistic Russification” between 1959 and 1989 was particularly prevalent among groups speaking languages in the Finno-Ugric family (see Figure 6.2 of his Geography of Nationalism in Russia and the USSR).

Such policies have not entirely disappeared. Russia’s autonomous areas have recently been reduced in number, and what little autonomy they enjoy has been declining as the central government assumes more power. Education in local languages is being slowly whittled back. As was recently explored in Languages of the World, authorities shuttered the only Mari-language school in the Perm region in 2010, an action that outraged the broader Finnic community. According to the main Mari website:

Legislation developed since Vladimir Putin came in power in 1999 has been openly hostile to the minorities…. Russian has been declared the only official language of the country and is compulsory in all official communications. The language legislation of the republics has lost its legality when the laws of the administrative districts and republics have been harmonized with the constitutional laws of Russia.