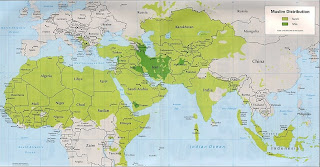 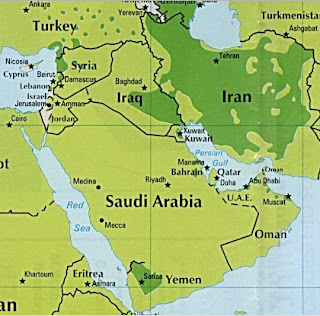 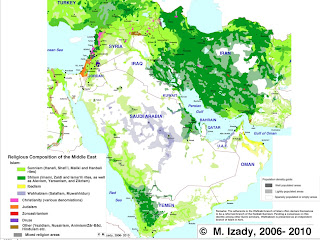 Mapping the distribution of religious groups is often a frustrating exercise. Good data on the numbers of adherents of any particular faith or sect, let alone the intensity of their beliefs, are often lacking, while the spatial intermingling of different religions presents formidable cartographic challenges. As a result, even the best maps of religion at the global scale are deeply flawed. Britain, for example, is almost always mapped as solidly “Protestant Christian,” even though by 2005 it was estimated that more Britons were attending weekly services in Muslim mosques than in Anglican churches. As British Muslim populations are highly concentrated in urban areas, and as many non-church-goers still think of themselves as vaguely Christian, depicting Britain as a Christian land may be roughly acceptable. But more accurate cartography would portray Britain, like most of Europe, as largely secular and partly Muslim.

If mapping religion is always challenging, some cartographers meet the challenge far more adeptly than others. Some poor maps of religion may simply be a product of misinformation, but others clearly champion certain faiths or sects while disparaging others by exaggerating or minimizing their geographical extents. On the internet, such misleading maps can spread virally from one site to another, and are often viewed uncritically as straightforward depictions of religious realities. In contrast, some of the best maps of religious distribution languish on obscure web sites.

Exhibit A in my case against deceptive religious cartography is the first map reproduced above, entitled “World Muslim Distribution (Sunni and Shia) 1995,” archived in the Perry-Castañeda Library Map Collection at the University of Texas at Austin. This map is commonly deployed as an objective depiction of the distribution of Islam; I have seen it used on dozens of websites without critical commentary. The map admittedly has a few positive features; it is aesthetically pleasing, it is constructed at a high level of resolution, and it is readily available at the Perry-Castañeda website, an indispensible source of public-access cartography. Its content, however, is intellectually hazardous.

The map has two main problems: it exaggerates the geographical expanse of Islam overall, and it minimizes the extent of Shiism in the Muslim world. As the cartographer does not specify the threshold that must be passed for an area to be mapped with the green shades of Islam, most viewers would probably assume that a majority Muslim population is required. In actuality, vast areas in India, Indonesia, and sub-Saharan Africa that are colored light green for Sunni Islam are overwhelmingly non-Muslim. In India, the cut-off point seems to be around five percent; only areas with Muslim populations below that figure are left unmarked. In Indonesia, Christian, Hindu, and animist areas are uniformly depicted as adhering to Islam. Such portrayals would not be a problem if the map specified its inclusion of Muslim-minority areas, but it does not.

The minimization of Shia Islam here is equally problematic. To be sure, the cartographer captures the main Shiite areas: Central Iran, southern Iraq, Azerbaijan, north Yemen, south Lebanon, western Syria, and the Hazara region of central Afghanistan. Many other Shia zones, however, are either left unmarked or unduly diminished. Such errors are readily apparent in the depiction of the Middle East, posted in expanded format in the second map above. Here oil-rich Khūzestān in southwestern Iran is incorrectly depicted as Sunni, the Shiite areas in Saudi Arabia’s oil-rich Gulf region has been reduced almost to the vanishing point, the majority Shiite population of Bahrain is invisible, the Zaidi Shi’ite zone of northern Yemen is incorrectly depicted as terminating at the Saudi border, and the Alevi (highly heterodox Shiite) area of eastern and central Turkey is reduced to a few splotches. Minimizing the Shiite presence in the Arabic-speaking countries of the Gulf area is especially problematic, as it is the focus of much international and internal tension. In mid-September of this year, for example, violence erupted in Bahrain after its Sunni government cracked down on Shiite dissidents. One cannot understand Saudi Arabia’s fears of Iran and of a Shiite-dominated Iraq, moreover, without grasping the extent of its own deeply marginalized Shiite population living in its main oil-producing area.

Vastly better mapping of religion in the Middle East is easily accessible. See, for example, the third map posted above, produced by Mehrdad Izady as part of Columbia University’s Gulf 2000 project. Izady’s map is intricate. It simultaneously depicts religion and demography; virtually unpopulated areas are left white, while sparsely settled areas are shaded more lightly than densely settled areas. It also shows zones of religious mixture. Izady’s differentiation of Wahhabism from Sunni Islam on the map may be controversial, but note that he acknowledges such controversies on the map itself rather than trying to paper them over.

To my knowledge, Izady’s cartographic works for the Gulf 2000 project are not simply the best available portrayals of the geography of religion in the Middle East, but are actually the finest examples of cultural cartography, at this scale of analysis, ever produced. Yet this body of work is little known, even in academia. Even Izady’s Wikipedia article focuses on the controversial nature of his work on Kurdish history and religion, ignoring his outstanding cartographic contributions. I suspect that it is because we demand simplicity in maps, feeling overwhelmed by the complexity of the world. But for those who have the patience, there is a tremendous amount to be learned from Izady’s gorgeous maps.