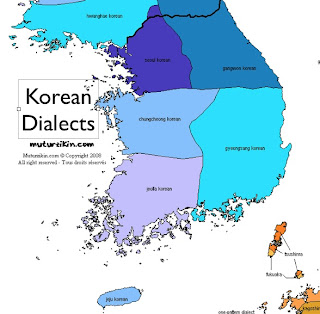 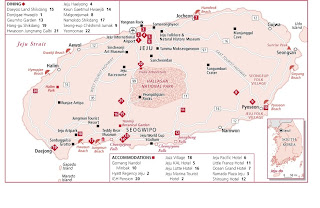 The two Koreas, South and North, are among the world’s most ethnically and linguistically homogeneous nations. Excepting recent immigrants to South Korea, people throughout the peninsula speak the same language and unambiguously consider themselves to be members of the same nation. The Ethnologue lists exactly one language for both North Korea and South Korea: Korean. The only other Asian country portrayed as unilingual is the Maldives.

The Ethnologue is an indispensible font of information on the world’s languages. For every country, it enumerates the indigenous languages, the number of their speakers, their dialectal variations, and their linguistic relations; it also provides information on immigrant communities. Ethnologue linguists tend to split rather than lump, chopping linguistic continua into separate languages. As a result, countries commonly regarded as linguistically homogenous appear surprisingly diverse. Japan, for example, is shown with 14 languages, most limited to the Ryukyu Archipelago in the south.

The Ethnologue does divide Korean into several separate dialects, noting that one is problematic: “comprehension of Standard Korean may be lower on Cheju [Jeju] Island.” Jeju, off the southwest coast, is sometimes said to have its own language. Wikipedia notes that the Jeju-do dialect “differs greatly from the dialects of the mainland,” and links to a rejected article on the Jeju language. Jeju island’s speech is noted for archaic terms, borrowings from Mongolian, and striking informality. The polite forms of address showing deference to age and authority that characterize standard Korean are largely absent on Jeju.

Jeju’s cultural distinctiveness extends beyond the linguistic sphere. Its historical matrilineal family structure has not entirely disappeared, its cuisine is unique, and so is its architecture. Owing to its differentiation from the rest of South Korea, Jeju was designated a special autonomous province in 2006, the only such zone of self-government in the country.

Jeju Island emerged as a significant tourist destination after the Korean War. Its warm climate and relaxed atmosphere especially appeal to South Korean honeymooners. In addition to its waterfalls and lava caves, Jeju has South Korea’s highest mountain and its most extensive lowland forest. When the leaders of Japan, China, and South Korea convened in late May 2010 to discuss the crisis with North Korea, they did so at a Jeju Island resort.

Jeju’s most bizarre tourist destination is appropriately open only to visitors over the age of 18. Love Land, which opened in 2004, is a sexual theme park and outdoor art museum, “featuring 140 sculptures representing humans in various sexual positions. It also has other elements such as large phallus statues, stone labia, and hands-on exhibits such as a ‘masturbation-cycle.’” For images of Love Land, check out the August 12, 2007 post on the blogsite “Accelerated Decrepitude: The pointless ramblings of an aging hipster on a collision course with his own mortality.”