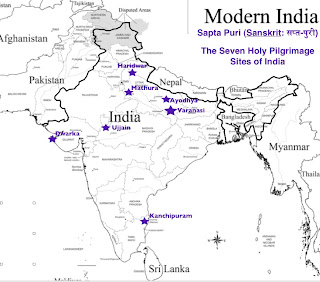 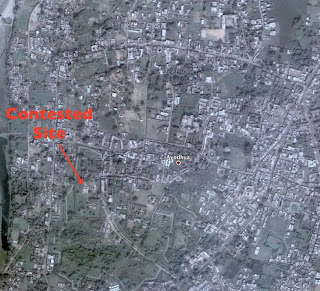 In India, the wheels of justice may turn slowly, but given enough time, decisions are usually rendered. On September 30, 2010, the 60-year-old Ayodhya case was finally decided in the Indian High Court in Allahabad, Uttar Pradesh. The dispute focuses on a 2.7-acre plot in the small city of Ayodhya. The parcel is regarded by most Hindus as the birthplace of Lord Rama, a mythological king believed to have been an avatar of the god Vishnu. To Muslims, it was site of the large and architecturally sophisticated Babri Mosque, built in 1528 on the order of the Mughal conqueror of northern India, Babur. Hindus and Muslims have been struggling over the site — through legal and other means — since the late 1800s. Tensions climaxed in 1992, when hardline Hindu nationalists demolished the mosque, propelling riots that took some 2,000 lives. Since then, the issue has continued to smolder, leading many to fear the reaction to the decision. Bracing for riots by either radical Hindus or radical Muslims, Indian authorities sent 200,000 additional security personnel to the area. Bollywood celebrities did their part, making a “passionate appeal” to the public to “exercise restraint and maintain calm.”

Crisis was averted by a mixed decision: one third of the parcel went to a Muslim foundation, and the rest was split between two Hindu groups. Calm has indeed prevailed, although not everyone is happy. Disappointed litigants have promised to appeal, hoping to take the dispute to India’s Supreme Court.

But the surprise decision was regarded favorably by many Indians. Secularists generally applauded it as a wise compromise, although some objected to the blatantly religious opinion of one of the three deciding judges, which validated Hindu claims about Rama’s birth. Most Hindu partisans were relatively pleased as well, finding the award of two-thirds of the site as vindication enough, and gaining satisfaction in one justice’s affirmation of articles of their faith. The Hindu Nationalist Bharatiya Janata Party (B.J.P), which gained initial national prominence with the destruction of the mosque in 1992, generally welcomed the decision; BJP leader LK Advani quipped that, “The verdict is a significant step towards building of a grand temple.” Narendra Modi, the noted Hindu Nationalist leader of Gujarat — regarded in many circles as an anti-Muslim extremist — embraced the verdict as nothing less than a blessing from Mahatma Gandhi himself.

Hindu stalwarts, however, still seek the entire property. At issue is not merely the 2.7 acres, but the entire city. Ayodhya is a loosely settled town of 50,000 people, but what it lacks in population it makes up in historical and religious significance. One of the seven sacred cities of India — the Sapta Puri — Ayodhya is widely regarded as spiritually charged throughout its extent. The pilgrimage routes that link the Sapta Puri are thought by some to bind India together into a single nation. Ayodhya is not as important as Varanasi (Benares), but it does have a claim to second standing. Lord Rama, after all, is the hero of the Ramayana, one of Hinduism’s two central epics. As BJP leaderLK Advani argued in his memoirs, “If Muslims are entitled to an Islamic atmosphere in Mecca, and if Christians are entitled to a Christian atmosphere in the Vatican, why is it wrong for the Hindus to expect a Hindu atmosphere in Ayodhya?” (Actually, the analogy is a bit off; Ayodhya would be comparable to Medina, not Mecca.)

India’s Muslim community was the least happy with the verdict, seeing it as favoring the Hindu litigants. An appeal from their side will be forthcoming as well, under a completely new legal team. The All-India Muslim Personal Law Board also wants to keep the Ayodhya dispute in the media, calling for a “larger national debate” on the nature of the judgment. Several Muslim leaders were distressed by the Hindu justifications by one of the ruling justices; others suggested that the decision legitimized the 1992 destruction of the mosque.

The Ayodhya verdict attracted considerable attention in Pakistan. Liberal Pakistani opinion was generally favorable, with the English-language daily Dawn claiming that the decision presented the “only tenable solution” to the problem. Pakistani Islamists were, not surprisingly, angered; the headline of one Urdu-language newspaper read (in translation), “Indian High Court rules in favor of inflamed Hindu mobs.” The headline was placed over an old photo of Hindu extremists attacking the Babri Mosque.

The ruling turned to history for guidance. The justices noted that before the mid-1800s, Hindus and Muslims had prayed amicably together at the site. Segregation of the faiths, they argued, was pushed forward by the British in the 1850s. If members of the two faiths once peacefully shared the same location, they could do so again in the future. Such an argument follows recent historical scholarship, which does indeed highlight the friendly interactions between Muslims and Hindus before the current age of religious exclusion. At the graves of Sufi mystics, South Asian Muslims and Hindus once worshipped the same saints. But if British colonial policy began the process of pulling the two communities of faith apart, the division has continued to deepen on its own accord. A compromise solution might, in the end, prove elusive.