Libya’s Geographical Divisions and the Challenge to National Unity

Libya’s national unity faces challenges beyond those imposed by its tribal background. Countries that contain two distinct core regions of roughly equivalent population are often burdened by regional rivalry, and Libya is no exception. Its bifurcation is stark, with population highly concentrated in two areas located on opposite sides of the country’s Mediterranean

Are You a Neutral Zonian?

Cornell University wants to know if I am a resident of the Neutral Zone. Seriously. The question appeared the other day when I was filling out an on-line recommendation for a student applying to graduate school at Cornell. After inserting my name and affiliation, I came to one of the ubiquitous pull-down menus with a 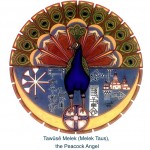 The relationship between the Christians of northern Iraq and the Kurdish Regional Government is complicated. Kurdish authorities portray their land as a safe haven for all minority groups – and for good reason. But local Sunni Arab politicians, and some Christians as well, have accused Kurdish militias of driving Assyrians out of their homes

Fans of geo-trivia may be interested in locating the world’s shortest land border between sovereign states. A Fun Trivia posting on the subject – which begins by ruling out Monaco, Andorra, the Vatican, and Gibraltar – selects the two kilometers separating Botswana and Zambia. But if one counts exclaves, a much shorter border can

Neutral Zones at the Boundaries Dividing Ceuta and Melilla from Morocco

The Wikipedia maps of Ceuta and Melilla show a double boundary separating Spanish from Moroccan territory, with a neutral zone in between. Such a depiction is unusual: borders between political entities are conventionally conceptualized as one-dimensional lines, with length but no breadth. One can, for example, easily imagine standing with one foot in Canada

Geopolitical and Religious Conflict in the Spanish Exclave of Melilla

As mentioned in Monday’s post, tensions came to a boil this summer between Spain and Morocco over Spain’s possessions on the North African coast, Ceuta and Melilla. The squabble began in July 2010, when Spanish forces allegedly beat five Moroccan men in Melilla for carrying a Moroccan flag. The government of Morocco subsequently encouraged