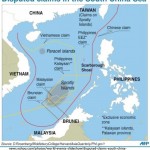 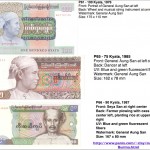 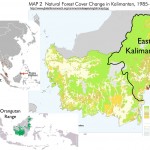 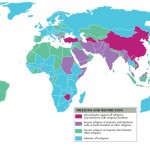 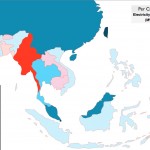 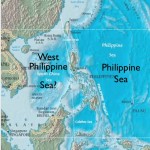 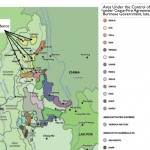 Subic Bay, located about 100 kilometers northwest of Manila, forms a superb harborage. Its waters are deep and enclosed, and the Zambales Mountains protect it from the westward-tracking typhoons that so often batter the Philippines. Overland transport to Subic, however, is difficult, delaying its naval development until the late Spanish period. In the early

The Legacy of U.S. Military Bases in the Philippines

Through most of the Cold War, the largest U.S. foreign military bases were not located in Europe, Japan, or South Korea, but rather in central Luzon in the Philippines. Second largest was the massive facility at Subic Bay, home of the Seventh Fleet; larger still was Clark Airbase, covering 243 square miles

The three maps of U.S. foreign military bases posted in Geocurrents yesterday all show an American military presence in Thailand. The contingent exists but is tiny, amounting to 113 troops in the U.S. Embassy in Bangkok. The force is designed “not only to promote the initiatives and interests of the United States, but also to

As mentioned in Monday’s post, maps of the global distribution of Islam often portray Indonesia and Malaysia as solidly Muslim countries. The close-up segment of the popular map “World Muslim Distribution (Sunni and Shia) 1995” posted above, for example, colors Malaysia and Indonesia* a uniform shade of light green, indicating the prevalence of

As we saw last Monday, a tenuous peace came to the Indonesian province of Aceh in 2005 when it was granted a special autonomous status in 2005. The same cannot be said of Papua, Indonesia’s largest province, located on the opposite side of the country. Papua was granted a measure of local autonomy in 2001

Despite the attention that sensational natural disasters receive in the media, their long-term significance sometimes seems questionable. But when nature’s calamities do change societies, the consequences can be profound. The All Soul’s Day Lisbon Earthquake of 1755, for example, purportedly led many European thinkers to question whether natural calamities reflect the will of God, boosting