Customizable Maps of the United Kingdom, Venezuela, and Yemen 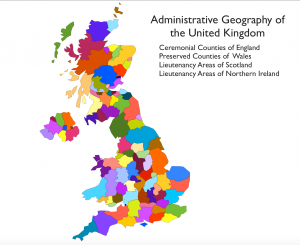 Today’s GeoCurrents post offers free customizable maps of Venezuela, Yemen, and the United Kingdom. Those of Venezuela and Yemen are based on their main subdivisions, which are governorates in the case of Yemen and states in that of Venezuela. In regard to the United Kingdom, the situation is much more complicated. The UK’s main divisions are its “constituent countries”: England, Scotland, Wales, and Northern Ireland. Making a map based on these large divisions would, however, be rather pointless. But the lower-order administrative divisions of the UK vary among its constituent countries and even, to some degree, within them. As explained in the Wikipedia article on “the administrative geography of the United Kingdom”: 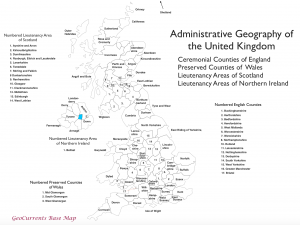 Historically, the subnational divisions of the UK have been the county[3] and the ecclesiastical parish, whilst following the emergence of a unified parliament of the United Kingdom, the ward and constituency have been pan-UK political subdivisions. More contemporary divisions include Lieutenancy areas and the statistical territories defined with the modern NUTS:UK and ISO 3166-2:GB systems.

In making my customizable map, I selected the units highlighted in the same Wikipedia article: ceremonial counties in the case of England, preserved counties in that of Wales, and lieutenancy areas in those of Scotland and Northern Ireland. As many of these divisions are quite small, I constructed two maps, one with and one without name labels. (The name labels can make it difficult to click on and assign colors to the shapes that represent the administrative units.) 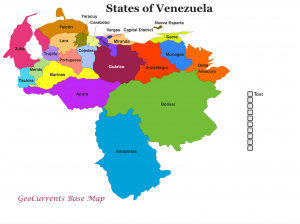 As in previous offerings, these maps were made with simple presentation software (available in both PowerPoint and Keynote formats), and hence 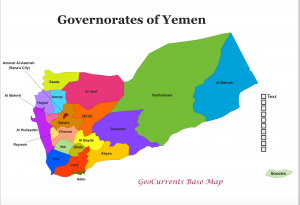 are very easy to use and manipulate.