Customizable Maps of China and India 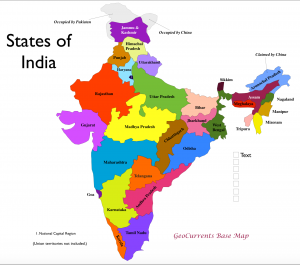 Today’s GeoCurrents post offers free customizable maps of China and India. The India map, based on the country’s states,  lacks the union territories, which are either too small or too distantly located (the Andaman and Nicobar Islands) to make it on the map. The northern and western portions of the territory of Jammu and Kashmir that are occupied by Pakistan and China are indicated with a dashed borderline and grey 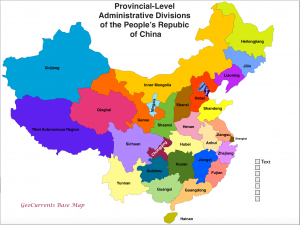 shading. The China map ignores disputed territories, including Taiwan. The “province-level” divisions that the map is based on include regular provinces, autonomous areas, and direct controlled municipalities. It does not include the two special administrative regions (Hong Kong and Macau), largely because they are too small in area.

As in previous offerings, these maps are constructed with simple presentation software (available in both PowerPoint and Keynote formats), and hence are very easy to use and manipulate.