James Mayfield is a historian, researcher, and translator from Stanford University with two Masters Degrees in History. He specializes in genocide, nationalism, post-colonial identity, and cultural traumas. He currently has two books soon to be released, one on the expulsion of 10,000,000 ethnic Germans from Eastern Europe (Memoria del Olvido) and one on an ethnic Slovene survivor of both German and Italian concentration camps during World War II (Peter Starič, My Life under Totalitarianism). Contact him here: mayfent@stanford.edu. 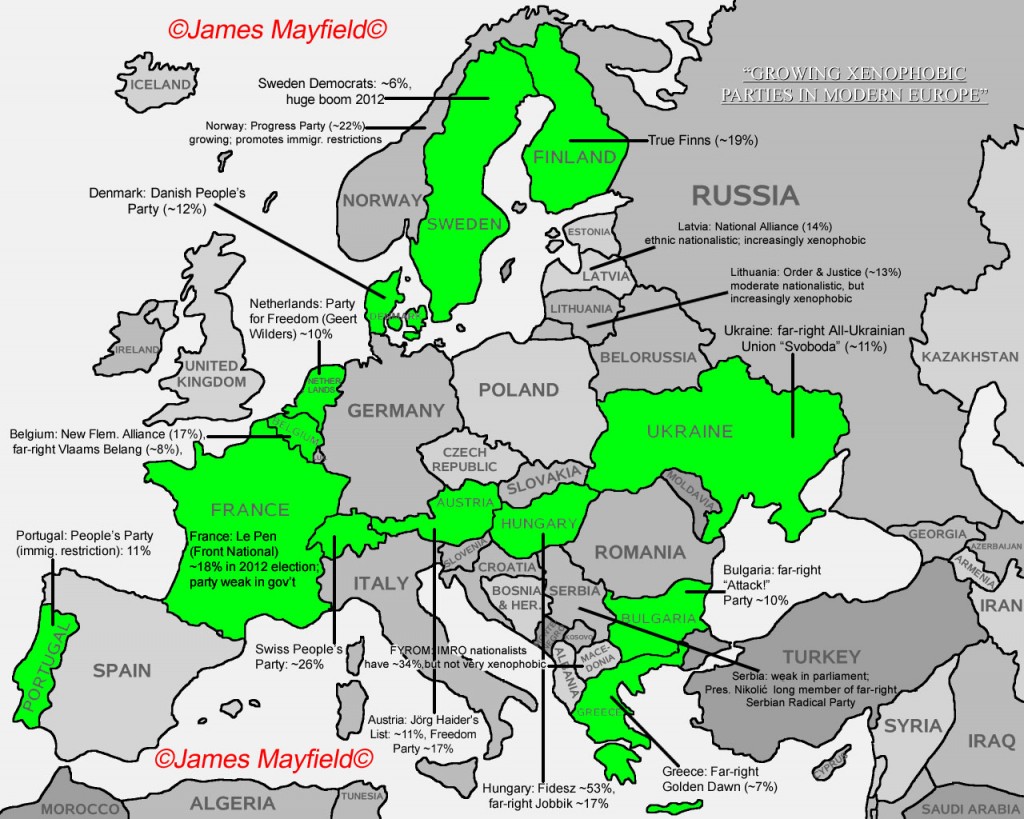 The last three decades have witnessed a remarkable rise in xenophobic, deeply conservative, and even extreme right-wing parties across much of Europe. Whereas thirty years ago most xenophobic parties failed to even pass the 5% minimum voter threshold that is typically required to enter government, they now constitute as much as ~28% of the parliament in countries like Austria, and arguably have reached the ~70% level in Hungary. Hoping to understand these surprising changes in the European political climate, this post will briefly analyze the characteristics of the xenophobic right as of 2013, underscore the diversity of xenophobic parties, and try to explain some of the patterns encountered when the far-right takes hold, as well as their exceptions. – Read More