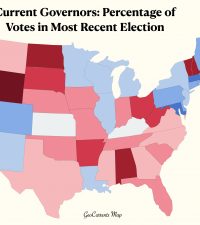 The Vermont Paradox: A Left-Wing State with a Remarkably Popular Republican Governor

Historically, Vermont was one of the most Republican-voting states in the union. In 1936 it was one of only two states (along with Maine) to favor Alf Landon over Franklin D. Roosevelt, and did so decisively. But since 1988, Vermont has voted for Democratic presidential candidates. It is now by some measures the country’s most left-wing state. In 2020, Vermont …