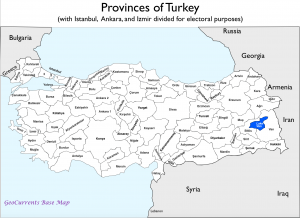 Today’s GeoCurrents post offers free customizable maps of Turkey, Oman, Germany, and Georgia. All are based on the main subdivisions of the countries in question: provinces in the case of Turkey, states in that of Germany, governorates in that of Oman, and a mixture of regions, autonomous republics, and one municipality in that of Georgia. As in 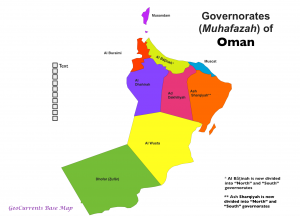 previous offerings, these maps are constructed with simple presentation software (available in both PowerPoint and Keynote formats), and hence are very easy to use and manipulate. 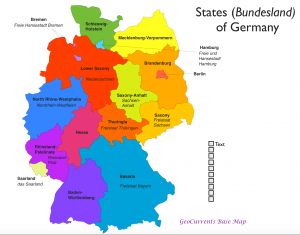 A few irregularities are found in these maps. In the case of Oman, two governorates were divided in two after the Wikipedia map on which my map is based was made. I was not able to add these new divisions, but I did mark the issue on the map itself. In the case of Turkey, I divided three provinces (Istanbul, Ankara, and Izmir) due to the fact that I originally made this map to illustrate elections results that had been reported in such 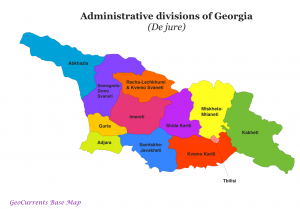 a manner. Again, this fact is noted on the map itself. Finally, the map of Georgia is complicated by the declarations of independence of two parts of the country, Abkhazia and South Ossetia, which are now essentially 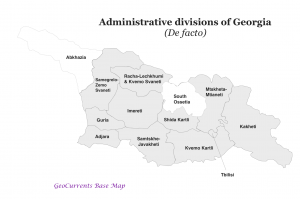 client states of Russia. I have therefore included both a de jure and de facto map of Georgian administrative divisions. The boundaries of Abkhazia and South Ossetia are rather crudely drawn on the latter map. Finally, I have also included a customizable map of Georgia that is overlain on a physical map. In the illustration posted here, I have set the shading of one Georgia’s regions on full transparency, thus revealing its physical features. 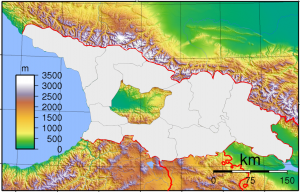