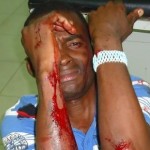 In its December 19, 2009 issue, The Economist magazine reported a rare bit of “good news” from Sudan: the country’s ruling party and the former rebels of the south had agreed upon provisions for the scheduled 2011 referendum that will supposedly allow the south to secede. According to the agreement, Southern Sudan will indeed