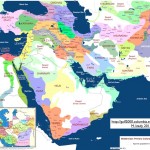 The fantastic map trove at Columbia University’s Gulf 2000 Project, generated by cartographer M. Izady, continues to expand. Many detailed maps of language, religion, ethnicity, and cultural-historical regions in the greater Middle East are found on the site.
Today’s GeoNote highlights Izady’s map of “Primary Cultural and Historical Zones.” This map makes an invaluable companion for historical sources covering the region. … 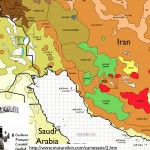 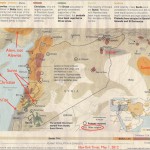