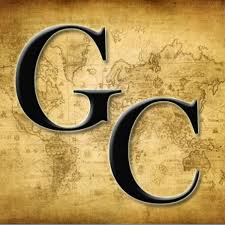 GeoCurrents has just completed its fourth year of publication and its second year as a joint production of myself and Asya Pereltsvaig. During that time it has undergone a number of changes, as we have sought various ways to increase our visibility and readership, relying on the technical expertise of Kevin Morton. Running this site has been an extremely rewarding experience for both of us. It has allowed us to explore a wide range of topics that we find interesting and significant and to get informed feedback from our readers. We have also been pleased that several of our posts, have been picked up by other websites, and that a number of our maps have been used by other researchers. But despite such gratification, the problems associated with running such a website are considerable. GeoCurrents still runs at a financial loss, as advertising revenue is meager. A deeper problem is the fact that this kind of writing receives little if any credit in academia, where we both find our primary employment. In the academic world, what matters is specialized articles and books aimed at—and vetted by—fellow experts in narrow fields, not general accounts for a public audience.

As a result of such considerations, we have devoted much of our attention over the past year to writing an academic book on the Indo-European controversy, which forced us to reduce our output of GeoCurrents posts. We are now almost ready to send our manuscript to the press, and will therefore soon have additional time on our hands. My own initial inclination was to refocus my attention on this website, which allows me to pursue whatever topics I find interesting and worthy of attention. But in December an unexpected offer crossed my desk: that of serving for a year as a senior scholar at the Breakthrough Institute, an environmental think-tank located in Oakland California. I have decided to accept the offer, which means that my contributions to GeoCurrents will again be limited through 2014.

Our current plans for 2014 call for us to maintain the thrice-weekly posting schedule that we have been trying to follow over the past several months. In general, Asya Pereltsvaig will post twice a week and I will do so once a week.  Neither one of us, however, will be contributing very much in January, as we will be traveling to Rome to participate in the ninth annual Science Festival, a major international event. (I will, however, put up a post or two later this week on the continuing movement to divide U.S. states, particularly California.) In February, our regular posting schedule will resume. At the end of the year, we will reconsider the future of this website, making plans for 2015 and beyond. In the meantime, we will also be reconsidering our policy on guest posts.

My work for the Breakthrough Institute will be quite different from what we have been doing at GeoCurrents. Here we have tried to be as nonpartisan as possible when it comes to most political and politicized issues. (Such a strategy is not always easy or pleasant; writing in a neutral manner on such issues as language and nationalism in the former Yugoslavia, for example, is sure to earn us the spite of both Serbian and Croatian ultranationalists.) The Breakthrough Institute, on the other hand, is a partisan organization, devoted to a political philosophy best described as “environmental modernism.” Eco-modernists are deeply devoted to environmental protection, but think that conventional Green philosophy and activism, rooted in anti-modern Arcadian sentiments, are paradoxically undermining the preservation of nature. I have been periodically working on such issues for several decades, having written Green Delusions: An Environmentalist Critique of Radical Environmentalism in 1992. I will now take the opportunity to delve deeper, focusing to some extent on supposedly green NIMBY (“not in my backyard”) activism in the San Francisco Bay Area, a movement that thwarts the environmentally beneficial process of urban intensification, places major constraints on economic growth, and subjects the young and the poor to outrageous housing costs.

As such issues are far from the core concerns of GeoCurrents, my weekly posts for this website will remained focused on issues pertaining to political, cultural, and linguistic geography. But I would like to know if readers would be interested in seeing some of my environmental writings on this website as well. We would also like to ask our reader to provide feedback and suggestions about specific features of GeoCurrents, and about possible directions that it might take in the future.