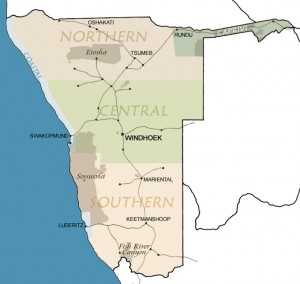 Namibia, however, suffers from a major political dilemma in the Caprivi Strip, its long northeastern “panhandle,” a legacy of the European partitioning of Africa in the late 1800s. The people of the Strip are relatively isolated from the rest of country, and many have long held secessionist aspirations. A major push for independence was crushed in 1999, but fall-out from the event continues to generate tension. Trials of secession advocates continue, hundreds of suspects languish in prisons, and many Caprivian activists continue to advocate their cause from exile.

Such tensions intensified in mid April, as activists planned peaceful demonstrations, circulated petitions calling for the unconditional release of all political prisoners, and demanded a referendum on the political status of the Caprivi region. Such demands were rebuffed by the Namibian government, which refused permission for the planned demonstrations. Activists denounced the prohibition as unconstitutional, and vowed to continue the struggle through peaceful, legal means.

The upsurge in secessionist activities in the Caprivi Strip has been linked to recent events elsewhere in Africa, especially the proclamation of the new country of Azawad by the Tuareg movement of northern Mali. It has also been connected with the independence movement in Barotseland in neighboring Zambia, where “2,000 chiefs, indunas and headmen recently had a meeting where they demanded the secession from Zambia of the Western Province – formerly a British Protectorate.”

Meanwhile, villagers in the Caprivi Strip have been demanding help from the national government to protect their maize fields from rampaging elephants herds. According to a recent allAfrica article, neither the beating of massive drums nor the use of “chili bombs” have been sufficient to keep the elephants at bay. Locals are therefore asking for the instillation of electric fences to protect their crops and villages.