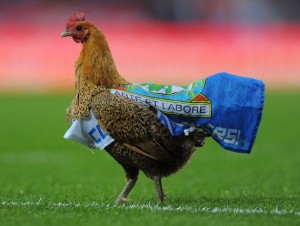 Indian firms have been investing heavily in European companies in recent years, a development generally welcomed by the European public and governments alike. The German government, for example, has gone to some lengths to entice Indian high tech forms to invest in the former East Germany, and a number of Indian companies have responded. The Bangalore-based information technology company Infosys has been particularly active in Europe, where is now employs more than 5,000 people. Such quintessentially British brands as Jaguar, Land Rover, and Tetley Tea are now under Indian ownership.

In one area, however, Indian ownership of European concerns has proved quite contentious—that of professional sports teams. In 2011, the Bahrain-based Indian business tycoon Ahsan Ali Syed purchased the Spanish soccer club Racing de Santander; controversy intensified as the club went through three different mangers in the 2011-2012 season. Fans claim that Mr. Syed knows little about the sport and is therefore not able to run the team competently. Even more divisive has been the 2010 purchase of the Blackburn Rovers Football Club, a storied soccer franchise, by the Indian poultry and pharmaceutical firm Venkey’s. The new management immediately began changing the coaching staff, angering the club’s supporters. Earlier this month, a disgruntled fan released a chicken on the playing field wrapped in the Blackburn Lancashire flag emblazoned with the word “out,” intended as a message for the club’s owners. Yesterday, a Lancashire paper announced that a “Blackburn Rovers supporters group is to call on the Premier League to investigate Venkey’s takeover” of the club. According to the article, the group claims that Venkey’s has mismanaged the Rovers and has been unable to communicate effectively with fans. When it comes to sports, locally specific cultural knowledge is extremely important, apparently imposing some limits on globalization.